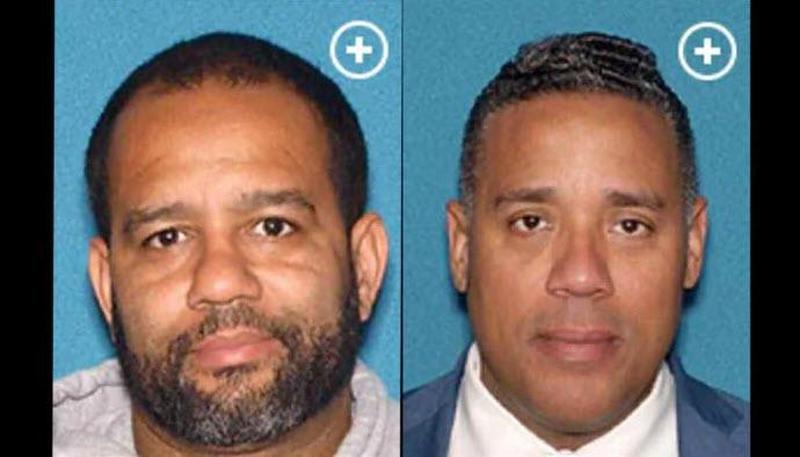 Authored by Mark Hemingway via RealClearPolitics.com,

Following accusations of widespread fraud, voter intimidation, and ballot theft in the May 12 municipal elections in Paterson, N.J., state Attorney General Gurbir S. Grewal announced Thursday he is charging four men with voter fraud – including the vice president of the City Council and a candidate for that body.

“Today’s charges send a clear message: if you try to tamper with an election in New Jersey, we will find you and we will hold you accountable,” Grewal said in a statement.

“We will not allow a small number of criminals to undermine the public’s confidence in our democratic process.”

With races still undecided, control of the council hangs in the balance. Paterson is New Jersey’s third largest city and the election will decide the fate of a municipal budget in excess of $300 million, in addition to hundreds of millions more in education spending and state aid.

In the City Council election, 16,747 vote-by-mail ballots were received, but only 13,557 votes were counted. More than 3,190 votes, 19% of the total ballots cast, were disqualified by the board of elections. Due to the pandemic, Paterson’s election was done through vote-by-mail. Community organizations, such as the city’s NAACP chapter, are calling for the entire election to be invalidated.

Mail-in ballots have long been acknowledged by voting experts to be more susceptible to fraud and irregularities than in-person voting. This has raised concerns from President Trump and other Republicans about the integrity of national elections in November, which are expected to include a dramatic increase in mail-in ballots. If Paterson is any guide, it ought to concern Democrats as well.

Over 800 ballots in Paterson were invalidated for appearing in mailboxes improperly bundled together – including a one mailbox where hundreds of ballots were in a single packet. The bundles were turned over to law enforcement to investigate potential criminal activity related to the collection of the ballots.

Reporting by NBC further uncovered citizens of Paterson who are listed as having voted, but who told the news outlet they never received a ballot and did not vote. One woman, Ramona Javier, after being shown the list of people on her block who allegedly voted, told the outlet she knew of eight family members and neighbors who were wrongly listed.

“We did not receive vote-by-mail ballots and thus we did not vote,” she said.

“This is corruption. This is fraud.”

There were multiple reports that large numbers of mail-in ballots were left on the lobby floors of apartment buildings and not delivered to residents’ individual mailboxes, further casting doubt on the integrity of the election.

Two of the election results in Paterson were particularly close. Initially, challenger Shahin Khalique defeated incumbent Mohammed Akhtaruzzaman by 1,729 votes to 1,721. After a second recount on June 19, that race is now tied 1,730-1,730. In that race, a video posted to Snapchat has surfaced that appears to show a man named Abu Razyen unlawfully handling a large stack of ballots he indicates are votes for Khalique. Khalique’s brother, Shelim, and Razyen have been charged by the state attorney general for crimes including fraud in casting mail-in votes, tampering, and unauthorized possession of ballots.

Incumbent council member William McKoy lost by 240 votes to challenger Alex Mendez after a recount on June 1. However, the McKoy-Mendez race is far from over – in the third ward of the city where the race was decided, over 24% of all ballots were disqualified by the Board of Elections. Mendez was also charged Thursday with six different crimes related to voter fraud. (Michael Jackson, Paterson’s incumbent 1st Ward city councilman and council vice president, was the fourth man charged yesterday. Jackson faces four counts related to voter fraud.)

In a legal complaint, the McKoy campaign is alleging outright fraud on behalf of the Mendez campaign. “At least one individual, YaYa Luis Mendez, has confessed to investigators working on behalf of the [New Jersey attorney general’s] office to having stolen ballots out of mailboxes, both completed and uncompleted, on behalf of and at the direction of the [Alex] Mendez campaign,” according to the complaint prepared by McKoy attorney Scott Salmon.

The attorney for Mendez, who leads in the vote count, isn’t disputing that the election results are unreliable. “This election is a sham, regardless of who are the ultimate victors, and this process has to be reviewed by the courts to address the deficiencies in the planning and execution of the election,” Gregg Paster, the attorney, is quoted as saying in Salmon’s complaint.

For his part, Paster alleges that the botched election has resulted in problems hurting Mendez’s chance of winning. On June 8, Paster sent a letter asking federal authorities to investigate voter intimidation on behalf of the Paterson’s mayor, Andre Sayegh, and local law enforcement.

Mendez is part of a faction opposing the mayor and hoping to gain control of the City Council and push back against the mayor’s agenda. The ensuing investigations into voting irregularities have resulted in Paterson police officers – including those assigned to the mayor’s private detail, according to Paster – knocking on doors and asking citizens about their votes. The local police department says the cops were assisting the state attorney general investigation into the election, serving as translators for differing Spanish dialects.

“Once you start having city police knocking on doors, investigating voting patterns, you’re treading awfully close to the line of banana republic type of tactics,” Paster told RealClearPolitics. “There’s an intimidation factor – you have a lot of immigrants in Paterson, a lot of people that come from places where if the police show up at your door, a lot of times, you know, nobody ever sees you again. And while we’re not alleging local cops are anything like that, this is where a lot of these people have come from and they’re afraid of the police.”

Salmon admits Paterson’s recent election is “crazy,” but points to unique aspects of living in the town that make mail-in ballot fraud more likely – it’s one of the most densely populated cities in America, with lots of residents living in high-rise buildings that have communal mailboxes that are prime targets for ballot theft.

But as noted in Salmon’s legal complaint, Paterson was just one of 31 municipalities in New Jersey that held vote-by-mail elections on May 12. The average disqualification rate for mail-in ballots in all 31 elections across the state was an alarming 9.6%. (The ballot rejection rate drops to 8.1% if Paterson’s results are excluded.)

New Jersey’s municipal elections aren’t broadly comparable to nationwide elections for a variety of reasons, but the 2016 presidential election resulted in a popular vote total with a differential of just over 2%, with fewer than 80,000 votes in a handful of swing states determining the Electoral College victor. Voting irregularities with mail-in ballots could be much less pronounced than what happened in New Jersey last month and still produce a great deal of uncertainty in a national election.

Salmon is hoping vote-by-mail problems will be resolved in the months before the November election. “In New Jersey, people found out that this is going to be an all-mail-in election only a month before, whereas obviously November is still a ways away and there’s a lot more time to educate voters on how to fill out these ballots and how to return them,” he told RCP. But he concedes that it’s “still a fair point” to look at New Jersey’s elections last month and see cause for concern about the national elections.

Rick Hasen, professor of law and political science at the University of California, Irvine, acknowledged on the Election Law Blog last month that there’s “genuine absentee ballot fraud scandal going on in Paterson, New Jersey and it is going to get a lot of national attention.” Hasen argues that it’s not cause for concern, however, noting there were only 491 prosecutions related to absentee ballots nationwide between 2000 and 2012.

“The rise in vote by mail should lead to increased vigilance against this sort of activity,” he wrote on May 20. “But the push to expand vote by mail is worth it given the great health benefits of increased voting by mail during a pandemic, the small risk of fraud, and the likelihood that fraud will get caught.”

At the same time, dozens of lawsuits have been filed across the country contesting state requirements used to certify mail-in ballots. “Among the main targets are witness and signature requirements for absentee ballots — such as signing the envelope, or getting a witness or notary to sign it, or making sure the voter’s signature is legible,” notes an NPR report earlier this month.

Those lawsuits seeking to expand vote-by-mail include one brought in Nevada earlier year, which aims to do away with signature verification on mail-in ballots altogether – even though ballot signatures not matching voter records was the reason Paterson disqualified over 2,300 ballots.

Meanwhile, the president continues to be an outspoken opponent of voting by mail. He tweeted on June 22, “RIGGED 2020 ELECTION: MILLIONS OF MAIL-IN BALLOTS WILL BE PRINTED BY FOREIGN COUNTRIES, AND OTHERS. IT WILL BE THE SCANDAL OF OUR TIMES!” This and other Trump claims about vote-by-mail problems are frequently contested by the press.

“We’ve literally been expecting Trump to tweet about this for the last two weeks,” says Salmon. “Within the McCoy campaign, there have been ongoing jokes about how long it’s going to take for Trump to find out about Paterson and start tweeting.”