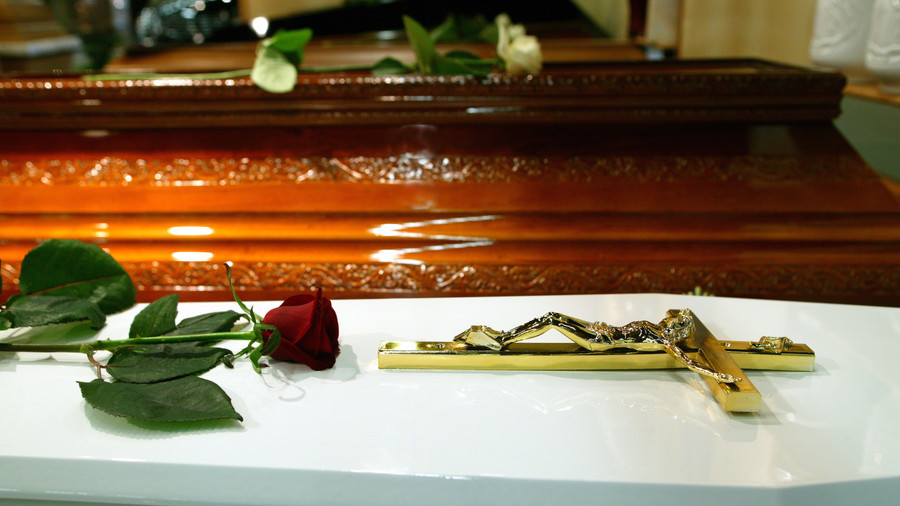 The remains of 11 babies have been removed from a shuttered funeral home in Detroit after an anonymous tip led authorities to the shocking find on Friday. The bodies were stuffed in a cardboard box and trash bags.

The sickening discovery was made by the Michigan Department of Licensing and Regulatory Affairs (LARA) investigators, which searched the Cantrell Funeral Home in Detroit on Friday. They found the decomposing remains in a false ceiling between the first and the second floor of the building, which had ceased functioning as a mortuary in April.

Some of the babies apparently were stillborn, Detroit police spokesman Brian Bowser told media. The remains were taken to the medical examiner’s office, which will determine their cause of death and identities.

Some of the babies apparently were stillborn, Detroit police spokesman Brian Bowser told media. The remains were taken to the medical examiner’s office that is to determine their cause of death and identities.

Inspectors were struck by the squalid conditions in which the children’s remains were stored: Bowser said that nine of the bodies were placed in one cardboard box and two were wrapped in trash bags and put in a tiny casket.

The remains, some of which had apparently been kept in the niche between the floors since 2009, might have never been discovered but for an anonymous letter the LARA received on Friday.

It is unclear how, or whether, the funeral home administration is linked to the shocking mishandling of the infants’ remains. Police say they want to question the facility’s former owner, Raymond Cantrell.

The former mortuary is currently in the process of being converted into a community center. Its new owner, Naveed Syed, said that he was astonished by the find. Locals said that works to clean up the repurposed center have been in full swing.

Even before the horrendous discovery, the funeral home was in the authorities’ bad books. It was shut down in April and had its license withheld after inspectors uncovered multiple violations, including the improper handling of decaying bodies of both adults and infants.

The owner would often delay the funerals until receiving full payment for his services, LARA’s April report indicated. Two embalmed bodies were shelved in the garage, which lacked any refrigeration, with Cantrell telling inspectors that he would store the decomposing bodies until he received the payment. One of the bodies had been there since November 2017 and the other since December. In another case, Cantrell cremated the body instead of burying it as the relatives of the deceased didn’t have enough money to pay him. Overall, 20 decomposing bodies were discovered on the premises, 10 of which were lying on tables.

“Two of the bodies were in an advanced state of decomposition and covered in what appeared to be mold.”

In the statement issued in the wake of the searches, LARA said that the licenses of both the funeral home and its former manager, Jameca LaJoyce Boone, would remain suspended for the duration of the investigation.