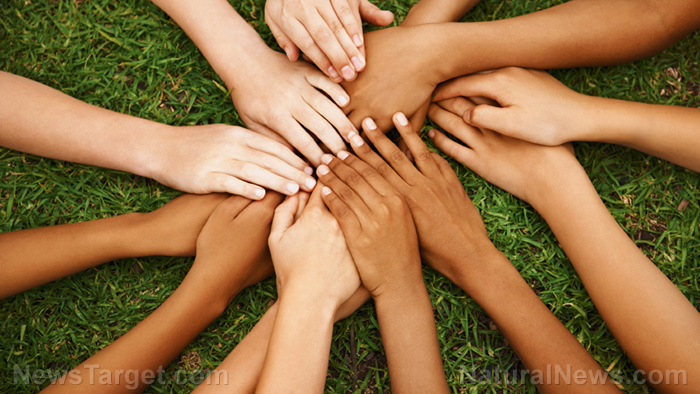 (Natural News) A two-month operation by the U.S. Marshals service in New Orleans has led to the recovery of 11 missing or endangered children in the city.

The good news comes as part of Operation Summer Rescue, which the Marshals carried out throughout the months of August and September with help from other agencies, including the New Orleans FBI office and police in Nashville, Tennessee.

One of the children rescued was a 13-year-old girl who was found in Nashville; another was a 16-year-old runaway teen who is suspected of being involved in illegal gang activities in New Orleans involving firearms. Several adults were arrested when the children were recovered, including an adult male who has been charged with aggravated statutory rape.

Another individual arrested during the sting was a mother who was wanted on a first-degree murder warrant in Mississippi for allegedly killing her 11-year-old son at a hotel; her other two sons, aged 6 and 9, were found in New Orleans. They were considered to be in “extreme danger” and an Amber alert had been issued for them.

Eastern District of Louisiana U.S. Marshal Scott Illing said that their mission was an important one because the safety of children plays an important role in the future of our country.

He added: “While 11 recoveries may not seem high, this work, which is time-consuming, was accomplished while also running our normal day-to-day violent felony offender investigations and sex offender fugitive operations in the district, along with our other judicial missions.”

More than 100 endangered and missing children have been recovered recently

The sting comes on the heels of similar operations carried out throughout the country in recent months, including stings in Oklahoma City, Georgia, Indianapolis and northeastern Ohio. More than 100 children who are endangered or missing have been recovered overall.

In Operation Triple Beam OKC, which went after violent crime in Oklahoma City, a sweep led to the recovery of five missing children and 262 arrests. Among those arrested, 141 were confirmed gang members; police also recovered 9 kilos of narcotics in the operation along with 72 firearms. Six of the people arrested were homicide suspects, while many of the other arrests were for burglary, drug offenses, weapons offenses and assault.

The Indiana operation, known as Operation Homecoming, saw the rescue of eight missing children in the state who were said to be highly endangered and were considered highly challenging recovery cases because of high risk factors, such as abuse.

Operation Safety Net in Ohio resulted in the rescue of 35 missing children last week. In this joint investigation between local police in Ohio and the Marshals, 35 missing children ranging in age from 13 to 18 were found in Ohio cities such as Columbus, Akron and Cleveland. More than a fifth of them were linked to human trafficking cases.

Sadly, countless other children continue to be victimized around the country. While rescuing even one child from a life of violence and exploitation is highly commendable, there are so many others that still need saving. Unfortunately, with repeated calls to reduce funding to law enforcement agencies around the country, it’s possible that agencies simply won’t have the resources they need to save these young people from being victimized and bringing those who exploit them to justice.