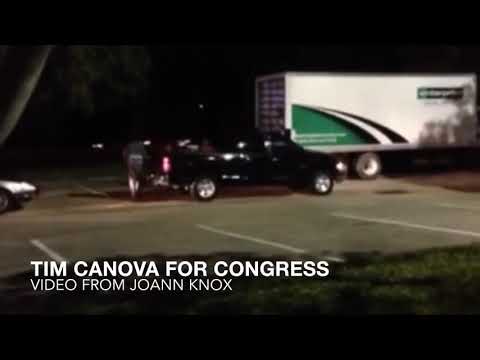 I do not have any explanation for what you are about to see. On election night in Broward County, one deeply concerned citizen captured video footage of ballots that had been transported by private vehicles being loaded into a rental truck in the middle of a parking lot. Nobody seems to know why the ballots were transported in that manner, why they were being loaded into a rental truck, or what happened to the ballots thereafter. There are supposed to be very strict chain of custody requirements for all paper ballots, and obviously what is going on in this video appears to be extremely shady. Could it be possible that somebody in Broward County was trying to steal an election?

This video has caused quite a stir since it was posted on YouTube, and the following comes directly from the video’s description…

Caught On Video: Concerned citizen sees ballots being transported in private vehicles & transferred to rented truck on Election night. This violates all chain of custody requirements for paper ballots. Were the ballots destroyed & replaced by set of fake ballots? Investigate now!

We all remember what happened during the presidential election of 2000, and now Florida is headed for more vote recounts. Hordes of election lawyers are descending upon the state even now, and charges of election theft are already flying.

U.S. Senator Marco Rubio is not someone known for strong words, but even he is freaking out. On Thursday, he accused Democrats of attempting “to steal the election”…

With visions of hanging chad dancing in their heads, Democratic Party lawyers are arriving in two Democratic-controlled counties “to steal the election,” charges Republican Sen. Marco Rubio of Florida.

In a series of tweets Thursday, Rubio charged that in Broward and Palm Beach Counties, election officials are continuing to count ballots, reporting tens of thousands of additional vote for Democratic candidates, including incumbent Sen. Bill Nelson and gubernatorial candidate Rep. Andrew Gillum.

Let’s take a closer look at some of those tweets that Rubio posted on Thursday.

In one, he accused the official that will be supervising these recounts of having “a history of incompetence & of blatant violations of state & federal laws”…

A U.S. Senate seat & a statewide cabinet officer are now potentially in the hands of an elections supervisor with a history of incompetence & of blatant violations of state & federal laws.

The identity of that individual is none other than Secretary of State Ken Detzner, and he has announced that there could be “as many as three statewide recounts”…

Florida’s chief legal officer, Secretary of State Ken Detzner, told county election supervisors Thursday to plan for as many as three statewide recounts and for extraordinary public and media scrutiny in the state with the singular status of unusually close elections.

“The recounts will be nationally watched … [we’re] under a microscope,” Detzner said on a conference call with counties.

Perhaps they will just keep “finding ballots” and “counting votes” until the Democrats win.

In another tweet, Rubio wondered why the Democratic strongholds of Broward County and Palm Beach County were still counting votes 43 hours after the polls closed…

As these counties continue to “count votes”, Rick Scott’s lead over Bill Nelson is steadily disappearing.

Latest ballots dumped by #Broward &/or #PalmBeachflipped Ag Comm race to Dem & shaved another 4k+ from Scott’s lead in Senate race Since 3am Wed slow drip from these 2 Dem controlled counties cut Scott lead from 54 to 17K. And they refuse to disclose # of ballots they have left

And I just checked, and the Associated Press is now saying that the lead is down to about 15,000 votes.

If they just keep “counting” for another couple of days, Nelson will win for sure.

And if they find enough “uncounted votes”, Andrew Gillum could end up becoming Florida’s next governor. According to the Associated Press, the lead in that race has now fallen to just 36,000 votes.

They are telling us that every last vote is going to be counted and that we have nothing to worry about when it comes to the integrity of the process.

Of course I am being facetious. The weather is wonderful down in Florida, but politically it is a total swamp.

The eyes of the nation will once again be on the Sunshine State over the next several weeks, and I have a feeling that a whole lot more dirty laundry is going to be coming out…