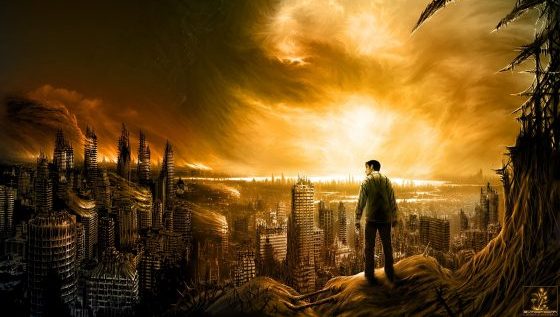 The United Nations has declared that a $240 per gallon gasoline tax is “needed” to fight climate change. To limit global warming, the UN’s report says that $27,000 per tonne of gasoline will need to be stolen from the public by the year 2100.

For Americans, that’s the same as a $240 per gallon tax on gasoline in the year 2100, should such a recommendation be adopted. In 2030, which is only 12 years away, the report says that the carbon tax would need to be as high as $5,500, and the equivalent to a $49 per gallon gas tax, reported The Daily Caller.

The constant fear mongering and theft of the public in the name of climate change has not dwindled much in the past ten years, and if anything, it has gotten worse. No amount of money will ever be enough to satisfy the ruling class elitists that expect us to just accept that they will continue to steal from us in the name of any agenda they try to scare us about. This is no longer about climate change, but about the desire to steal from those on the very bottom of the economic ladder by those who believe themselves to be superior with authority over everyone.

Hopefully, this is an unlikely scenario, but with more and more humans demanding their own slavery at the hands of other humans, who knows. This huge tax is, however, what the Intergovernmental Panel on Climate Change’s report, released Sunday night,sees as a policy option (normal people see it as egregious theft) in the name of reducing emissions enough to keep projected global warming below 1.5 degrees Celsius, according to The Daily Caller.

The IPCC’s report is meant to solidify political support for the Paris climate accord ahead of a U.N. climate summit scheduled for December. The report calls for societal changes that are “unprecedented in terms of scale” in order to limit future global warming to below 1.5 degrees Celsius, the stretch goal of the Paris accord.

But, according to their own report, there is very little evidence that global warming has caused many types of extreme weather events to increase. “The IPCC once again reports that there is little basis for claiming that drought, floods, hurricanes, tornadoes have increased, much less increased due to” greenhouse gases, University of Colorado professor Roger Pielke, Jr. tweeted Sunday night pointing out this “inconvenient truth.” For example, the IPCC’s report noted that “there is only low confidence regarding changes in global tropical cyclone numbers under global warming over the last four decades.”