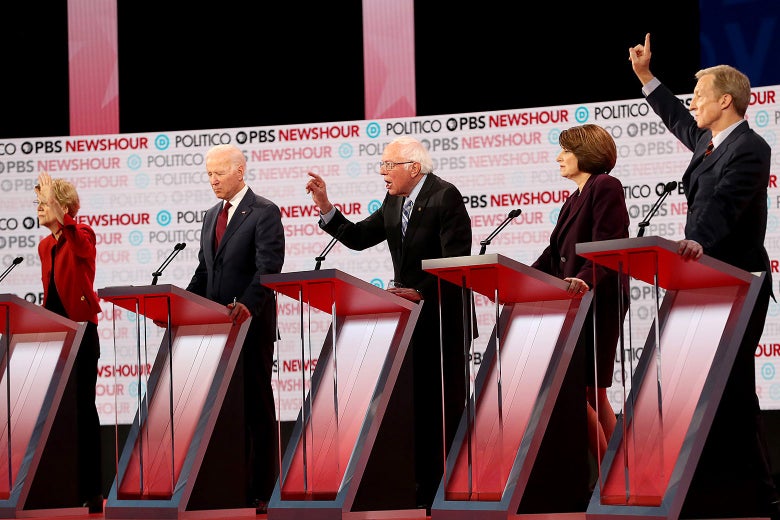 Steyer made the announcement on Sunday in Winnsboro, South Carolina, during a campaign block party, MarketWatch reports. The current federal minimum wage is $7.25.

While other presidential contenders have called for increasing the minimum wage to $15 and even $17 an hour, none have gone as far as Steyer’s $22 proposal.

Critics of the current minimum wage point out that the federal minimum wage is too low and has not changed since 2009.

Data show that when state and local minimum laws are included, the minimum wage in America is historically high.

“Averaging across all of these federal, state and local minimum wage laws, the effective minimum wage in the United States — the average minimum wage binding each hour of minimum wage work — will be $11.80 an hour in 2019,” The New York Times reported in April.

“Adjusted for inflation, this is probably the highest minimum wage in American history.”

Steyer, a hedge fund manager from San Francisco, may simply be desperate, of course. He failed to gain traction in the Iowa caucuses and currently sits at 2 percent in national polls.

His minimum wage proposal could simply be a political gambit—the policy equivalent of the Seven-Minute Abs scheme in There’s Something About Mary. You know what I mean, that part where Ted (Ben Stiller) picks up the crazy hitchhiker (Harland Williams).

Hitchhiker: You heard of this thing, the 8-Minute Abs?

Hitchhiker: Yeah, this is going to blow that right out of the water. Listen to this: 7… Minute… Abs.

Hitchhiker: Think about it. You walk into a video store, you see 8-Minute Abs sittin’ there, there’s 7-Minute Abs right beside it. Which one are you gonna pick, man?

If eight is good, isn’t seven better? The logic follows with the minimum wage. If $15 is desirable, isn’t $22 more desirable?

It sounds crazy, of course, but it would nevertheless be interesting to hear how Steyer’s fellow presidential candidates would respond. What would be the detriment of a $22 minimum wage compared to the $15 minimum wage he or she supports?

The truth, of course, is that wages are strongly linked to productivity, and economic laws are immutable even if the whims of politicians are not. Indeed, there are many good reasons to oppose raising the minimum wage, which has been shown to reduce employment, reduce the earnings of low-paid workers, make products and services more expensive, and reduce the skills of younger workers.

While pledging to raise workers’ wages might make good politics, just remember that politicians might as well promise you an eight-minute workout in seven minutes.