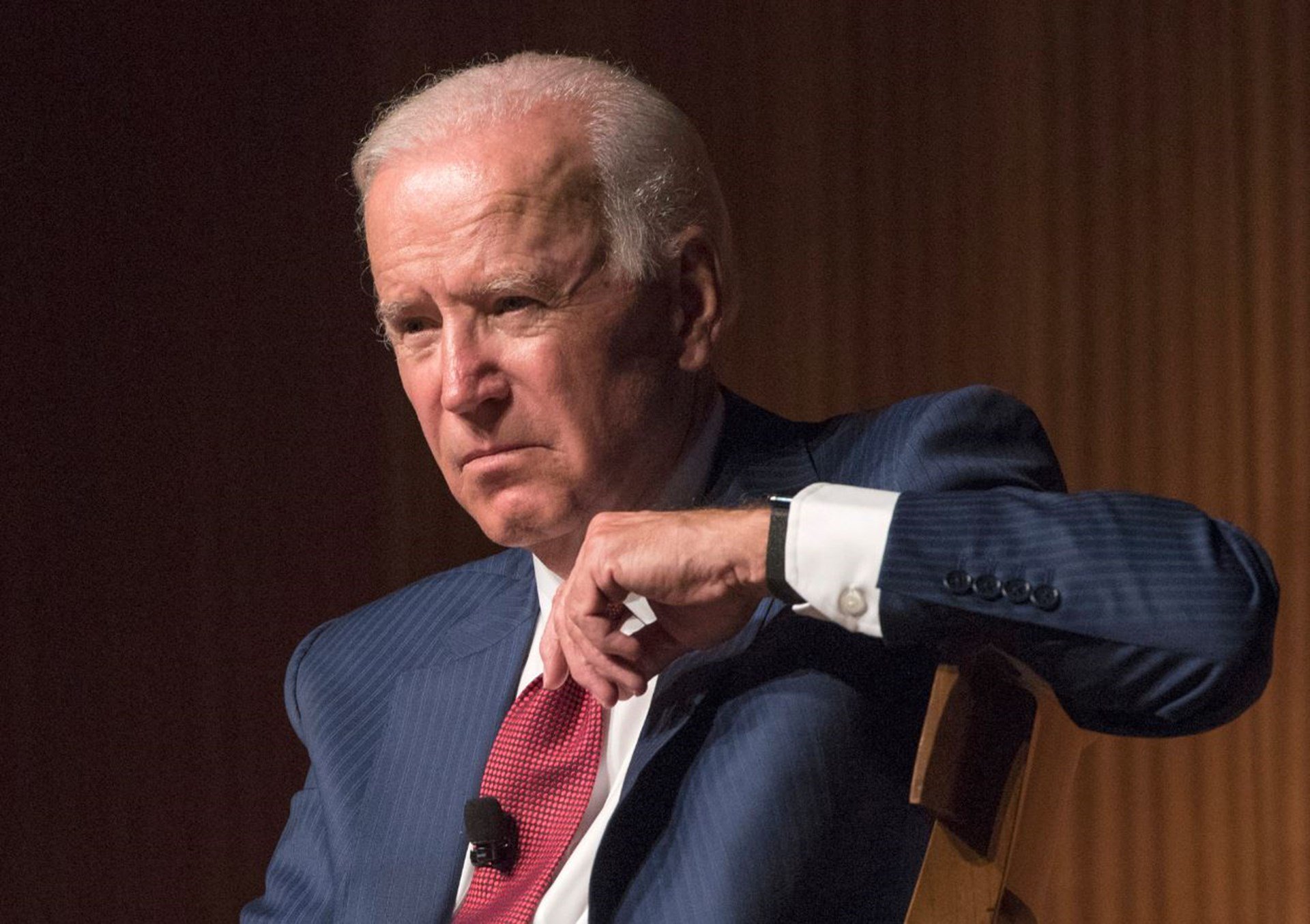 While Biden’s more moderate views offer an appealing alternative to the extremism championed by the likes of Sanders and Warren, his role as the godfather of the War on Drugs should disqualify him from ever occupying the Oval Office.

The Architect of the Drug War

Uncle Joe might be everybody’s favorite political meme, but he is also responsible for many of the policies that led to the breakdown of the American criminal justice system. And after decades of perpetuating the War on Drugs, our country has finally been forced to take a hard look at the policies that led us to where we are today.

Mass incarceration and mandatory minimum sentencing laws have destroyed innocent lives, torn apart families, and cost the American taxpayers $182 billion annually. The practice of civil asset forfeiture has allowed law enforcement to seize money and property from people who were neither charged with nor convicted of a crime. As a young US senator, Biden played a role in the creation and adoption of each of these policies.

In January, looking to garner support for a future run, Biden spoke on criminal justice reform at an event sponsored by the National Action Network in Washington, DC. Few politicians have done more harm in America’s War on Drugs than the former senator from Delaware.

Addressing a room full of criminal justice advocates, he said, “I haven’t always been right, but I’ve always tried.” While the first half of his statement is most certainly true, the second half is a harder pill to swallow. And the Americans affected by the destructive policies he penned might not forget Biden’s role as architect of the drug war.

The website Leafly, which provides education on all things cannabis, went so far as to claim that “few politicians have done more harm in America’s war on drugs than the former senator from Delaware.” This is quite the accusation to make, but there is overwhelming evidence to back it all up.

In the 1980s, Biden fell victim to the “tough on crime” rhetoric that was so popular in its day. As a senator from Delaware, he served as chair of the Senate Judiciary Committee, which oversees the Department of Justice and is responsible for implementing many of the disastrous policies that were passed during this time. In a 1982 New York Times article, Biden coined the term “drug czar” when he called for the federal government to create this new role.

But Senator Joseph R. Biden Jr., … who is a strong advocate of antinarcotics efforts, said today that he thought no program could work without a Cabinet-level “drug czar” in charge to coordinate the work of various agencies.

Just a few years later, Biden got his wish with the creation of the new Office of National Drug Control Policy (ONDCP), whose head is referred to as the “drug czar.” And with this new department came stricter policies for drug offenders and a hefty price tag for the American public. In one of its earlier reports, the ONDCP asked for more taxpayer dollars to enforce its new policies:

In addition to supporting the creation of the ONDCP, Biden also voted for its reauthorization in 1996 and supported its propaganda campaign against the American people. In the bill that received support from the former veep, it reads:

The Director shall ensure that no Federal funds appropriated to the Office of National Drug Control Policy shall be expended for any study or contract relating to the legalization (for a medical use or any other use) of a substance listed in schedule I of section 202 of the Controlled Substances Act (21 U.S.C. 812) and take such actions as necessary to oppose any attempt to legalize the use of [such] a substance (in any form).

In other words, the ONDCP committed itself to keep certain substances illegal even if new credible information comes to light. In fact, as the last line suggests, the drug czar is even encouraged to take whatever action is necessary to keep this information from the American public. This should terrify anyone concerned with government transparency.

In 1984, Biden cosponsored the Comprehensive Crime Control Act of 1984. This legislation gave law enforcement the authority to seize money and property from those suspected of drug trafficking—without ever having to charge them with a crime. This resulted in the decades-long practice of civil asset forfeiture that has incentivized law enforcement to police for profit and steal from the same individuals they have sworn to protect.

In 1994, Biden’s signature piece of legislation, the Violent Crime Control andLaw Enforcement Act, was signed into law by President Clinton. The bill expanded the federal government’s use of the death penalty, banned certain people from owning assault weapons, denied certain higher education rights to inmates, and included the “three-strike” provision for repeat offenders. It also contributed to the dramatic rise in the country’s prison population in the years that followed.

Clinton later apologized for the bill, saying, “I signed a bill that made the problem worse and I want to admit it.” Unfortunately, Biden has issued no such apology, but the policy manager for the Drug Policy Alliance, Michael Collins, commented: “Joe Biden should apologize—just as Bill Clinton did—for his role in mass incarceration, and he should champion systemic change.”

Perhaps the most egregious of Biden’s transgressions is the role he played in the creation of the 100-to-1 sentencing disparity between crack and powder cocaine. As the country panicked over the “crack” epidemic, legislators set out to dole out harsher punishments to those found guilty of selling the substance.

The Anti-Drug Abuse Act, which was written at least partially by Biden, changed the law so that those caught with a mere five grams of crack cocaine were subject to the same mandatory minimum as those caught with 500 grams of powdered cocaine. The application of this law disproportionately harmed African-American communities and contributed to mass incarceration.

According to a 2006 report from the American Civil Liberties Union, Cracksin the System: Twenty Years of the Unjust Federal Crack Cocaine Law:

The effects of mandatory minimums not only contribute to these disproportionately high incarceration rates, but also separate fathers from families, separate mothers with sentences for minor possession crimes from their children, create massive disfranchisement of those with felony convictions, and prohibit previously incarcerated people from receiving some social services for the betterment of their families.

In 2003, Biden sponsored the Reducing Americans’ Vulnerability to Ecstasy Act (RAVE Act), which altered existing legislation known as the “crackhouse law.” The RAVE Act made it legal for prosecutors to go after club owners and promoters if drugs are found on their property. The law effectively allowed the club owners to be tried as if they were running a crackhouse (hence the original name). However, while Biden maintained a “tough on crime” attitude with the rest of the country, his own children were being spared any punishments for their drug crimes.

In 1998, Biden’s daughter Ashley was arrested for cannabis possession in Louisiana. While others arrested for the same offense faced sentences sometimes spanning decades, Ashley Biden was never convicted of any drug-related crime. In 2014, Hunter Biden was discharged from the Navyafter testing positive for cocaine. Like his daughter, no charges were ever filed against Biden’s son.

Has He Really Changed?

While it might be politically wise for Biden to say “he has always tried,” his actions tell a different story. A 2018 Pew Research poll found that 62 percent, or six out of ten people, believe marijuana should be legalized. Yet, while endorsing legalization is a fairly safe policy stance these days, Biden has failed to get behind legalization to any degree.

In 2010, during an interview on ABC News, he said, “I think legalization is a mistake. I still believe [marijuana] is a gateway drug.” It should be noted that at this point in time, even DARE had stopped listing marijuana as a gateway drug.

By now, it is common knowledge that the War on Drugs has been a complete failure. It’s time for us to hold those responsible for the drug war accountable for their actions. Too much damage has been done to merely look the other way on an issue so important. Luckily for Democrats, they have plenty of other candidates to choose from should Biden’s drug war record finally catch up with him.

Brittany Hunter is a senior writer for the Foundation for Economic Education. Additionally, she is a co-host of Beltway Banthas, a podcast that combines Star Wars and politics. Brittany believes that the most effective way to promote individual liberty and free-market economics is by telling timely stories that highlight timeless principles.