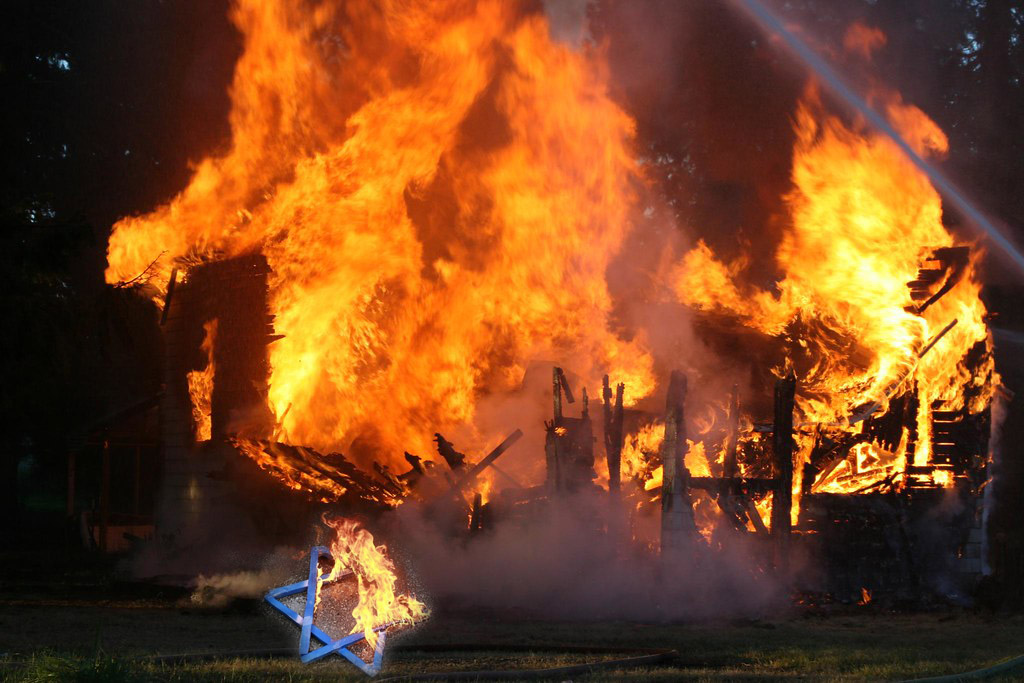 Nearly seventy-five years since rescuing Jews from concentration camps, a guilt-prone post-WWII Western world has attempted to provide protections for Jews against verbal and physical attacks, and discrimination in any form. Recent laws to shield religious groups from persecution were primarily written with the Jewish community in mind. Many Western nations stood behind the establishment of Israel, and hundreds of millions of dollars in foreign aid have poured into that nation to support its future prosperity and security.

Despite cultural and religious stereotyping, the plight of Jews in America was vastly improved after 1945. They found themselves rising in the ranks of business, education, government, and politics. No longer needing to sequester themselves in their own communities as they had in Eastern Europe, they moved out to the suburbs, joined country clubs from which they had previously been shunned, and watched their children mix and mingle with the goyim.

An uneasy alliance eventually formed between Jewish and Christian clergy. After a period of time, they ended up sharing pulpits and breakfast prayers, celebrations, and membership on the boards of multi-denominational committees.

Prejudices never completely disappear in any community, in the US or abroad, but the average citizen was astute enough not to express anti-Semitic opinions in a public forum. Life was good…until suddenly it wasn’t!

Despite throwing money at their beloved Barrack Obama in 2008, literally hoisting him on their shoulders to the presidency, he stabbed them in the back by ingratiating himself to the Muslim nations of the world. Obama’s infamous “bowing tour” made many Jewish leaders uncomfortable, “But perhaps,” they told themselves, “he was positioning himself to calm the waters.”

After all, President Obama knew that it was Jews who provided fifty percent of his campaign contributions. Willing to put the past behind them, they dug deep into their pockets again in 2012 proving their undying devotion to the man and to the Party. That should have clinched it—but didn’t.

Loyalty was a one-way street with the Obama administration, and even previously staunch Democrat supporters of the Jewish community were finding other things to do rather than meet with them. Refusing to consider the Republican Party as a viable option, Jews were caught between facing the reality of their President and Party’s betrayal or maintaining a lie in their collective minds.

For the eight years of his presidency, Obama flooded America with Jew-hating Muslims from other countries, doubling their numbers in eight years. The immigrants selected were not the moderate, well-educated population found in some nations, but the rabid, anti-Semites with a hatred of Jews spanning thousands of years. Saudi Arabia poured untold millions of dollars into these new Muslim communities to build Mosques and export jihadist clergy to keep the tensions at a boil.

What Obama was accomplishing in the US, the European Union was copying across the Atlantic. To anyone not blindfolded, it was pretty clear that Jews were being set up to slowly be expunged out of all Western nations, with only one place to flee…the Homeland. Today in Europe, Jews cannot even express their concerns publicly or present facts against their Muslim tormentors, without themselves being punished.

This talk of Armageddon may all seem a bit premature. After all, there are still laws here in the US against hate crimes and discrimination, and Jews outnumber Muslims two to one. But it’s also true that Jewish children are being assaulted and disrespected by Muslim and goyim students at the universities and public schools here and in Europe. The pincers of violence and social reproach are beginning to appear at an alarming rate even from non-Muslim sectors of Western society. So, where is the push-back from Jewish leaders?

Jews have a well-recited history of victimhood, and one characteristic that victims share is the hope that it won’t be that bad if they just don’t resist. Accustomed to other people protecting their interests through laws and policies, Western Jews, unlike their brethren in Israel, have grown soft. Without the backing of their former friends from liberal quadrants, their victimization will escalate until life here and in Europe becomes untenable. Waiting for things to work themselves out is no solution at all.

The pressing problem for American Jews is they will soon be out-numbered…and quickly. By 2030, another million or more Muslims will live in the US, and with the Jewish population replacement rate at a standstill, and the Muslim birth rate being almost two births per adult female, the future arch-enemies of the Jews will be younger, stronger and well-indoctrinated by their radical religious leaders. At this point, Muslims may be powerless against Israel, but they can wreak havoc against the Jews in America and Europe with no one to protect them, and it’s already begun.

Once again, a shadow looms over the Jewish people, only this time it isn’t a swastika, but a star and crescent. While Muslim politicians publicly taunt them here and abroad, the liberal establishment stands by in silent assent. To turn events and buy more time, members of the Jewish communities could embrace conservative parties that have always been staunch supporters of Israel. Unfortunately, Jews still cling stubbornly to their liberal traditions and liberal politics. Someone recently wrote that American Jews care more about being pro-life than pro-Israel.

It might be wiser to support the political party that has historically supported their homeland, because some are predicting that, by 2040, a majority of Jews now living in Western nations will have fled to Israel, the remainder living elsewhere incognito. Should a majority of the world’s population of Jews end up in one place, their enemies might consider that a target-rich environment. Maybe that was the plan all along.

That is some scary Revelation prophecy.

David Brockett is a former Vietnam veteran, USMC officer and pilot. As a civilian, he has worked in healthcare as a counselor and hospital administrator. He also writes articles on politics and current events. He and his wife divide their time between their home state of Texas, and Idaho. In the 1990s they homeschooled their two youngest sons, believing the public education system to be corrupted by liberal influences.