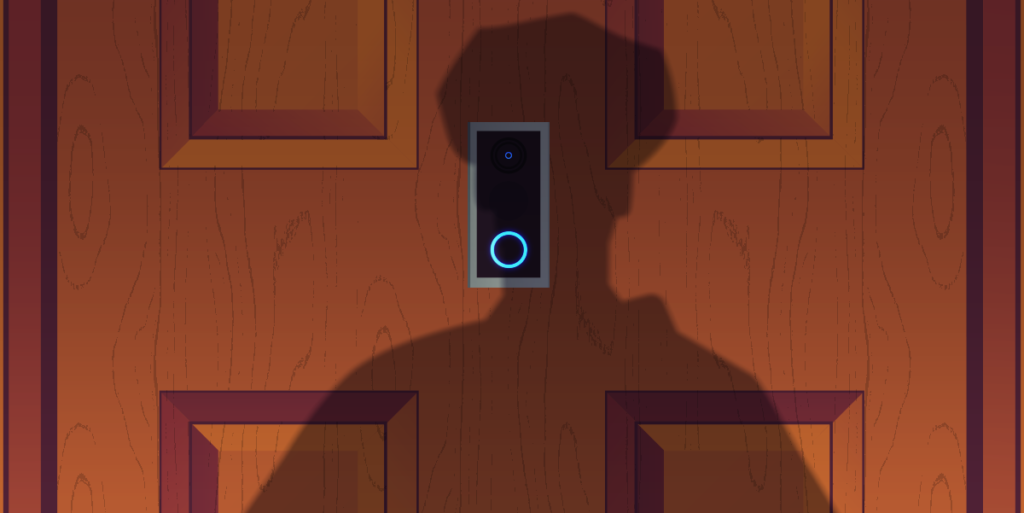 The app, developed by Amazon subsidiary Ring, allows departments to view and share information with users. More than 2,700 departments are using the service around the country as of mid-June 2022.

Though Illinois is sixth in population, it has more police and fire agencies using the Neighbors app than any other state. It’s followed by New Jersey, California and Texas. For more than four years, police and fire agencies around the country have been partnering with the popular video doorbell company Ring’s Neighbors app, which allows them to share posts with the apps users as well as view publicly posted footage.

Local police departments are often excited by the new pathway for both collecting information and sharing things like requests for help in investigations and public safety tips.

“Working with the Neighbors app will give the department a new tool to bridge the gap between public safety and our Temple residents,” said Temple Police Chief Shawn Reynolds in a press release when his Texas police department joined the app earlier this year.

The app was developed by Ring, an Amazon subsidiary known for its doorbell cameras and home security systems. The app is available to anyone, not just those with Ring products, fitting it in a similar category to apps like Nextdoor and Citizen. This suggests that fewer than 20 percent of police departments participate in this program, though it is more popular among the country’s largest police forces. Among police departments that reported having more than 1,000 employees to the Federal Bureau of Investigation, 60 percent of them participate in the Neighbors Public Safety Service Program.

Participating in the program does not allow police or fire departments access to user content that isn’t shared publicly, such as videos from Ring devices, though Ring does receive requests for that kind of information. In 2021, the company processed 1,394 requests from law enforcement that resulted in disclosing customer information.

Though the Neighbors Public Safety Service Program is still growing in popularity among police departments, some privacy advocates have concerns about its use.

“Police partnerships and promotions of Ring, and law enforcement’s growing use of crowd-sourced suspicion apps like Neighbors, create a vicious cycle,” said Jason Kelley, associate director of digital strategy at the Electronic Frontier Foundation. “People are incentivized to share unverified safety concerns onto these apps, others are frightened into believing they are potentially in danger, police promote the adoption of Ring, and Amazon sells more cameras. Andrew Adams is a data reporter for Government Technology. He holds a bachelor’s degree in communication from the Illinois Institute of Technology and a master’s degree in public affairs reporting from the University of Illinois Springfield.