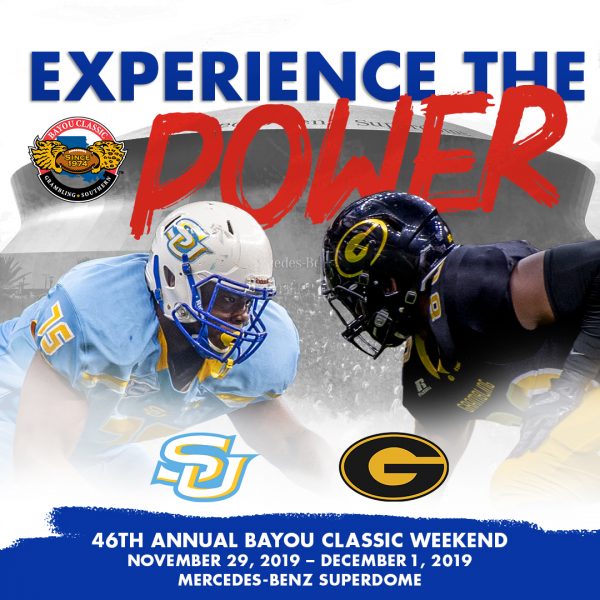 For the second time in four years, there has been a [black] mass shooting in New Orleans during the weekend of the Historically Black College University (HBCU) football game, the Bayou Classic. The first shooting, back in 2016, involved a black shooter and black victims.

This time? Do we even need to ask?

No white people or NRA members were involved in this mass shooting during the Bayou Classic weekend, where black alumni/students gathered from Grambling State University and Southern University in New Orleans.

Thankfully, no fatalities as of yet, though plenty of stereotypes have been yet again confirmed when distinguished alumni/students of these two HBCU’s gathered in 60 percent black New Orleans for the Bayou Classic and for the 2nd time in four year, a mass shooting occurred. [10 people shot on Canal Street in New Orleans, NOPD says; 2 in critical condition, NOLA.com, December 1, 2019]

Signs of the eventful weekend were all around, with the scene and areas around it littered with food wrappers, beer cans and overflowing trash cans.

On the first day of December, businesses inside the crime tape were decorated for the holidays.

Authorities weren’t too far from another familiar site: the collapsed Hard Rock Hotel’s hanging crane was in clear view, along with Christmas wreaths lining Canal.

A spasm of violence bloodied Canal Street in the early morning hours on Sunday, leaving 11 people shot in one of the worst mass shootings in New Orleans in years.

New Orleans police said that two victims were in critical condition after gunfire broke out in the 700 block of Canal Street just before 3:30 a.m. Few details were released as of mid-morning Sunday, but the street near the corner of Bourbon and Canal was littered with evidence markers that normally denote shell casings.

NOPD Supt. Shaun Ferguson said early Sunday morning that a person of interest has been detained, but it wasn’t clear what involvement — if any –the person had in the shooting. No arrests had been made as of Sunday morning.

The mass shooting came at the end of a big night of revelry in and around the French Quarter as tens of thousands of visitors were downtown for the Bayou Classic football game between Grambling State University and Southern University.

Ferguson said officers were on the scene immediately after gunshots started to ring out, as patrols had been beefed up for the game. He said that officers at first thought they were being fired upon since the shots rang out so close to them. No police officers were injured, Ferguson said.

When shots erupted, people on Canal Street began scrambling for safety, according to an employee of the nearby CVS Pharmacy, who said it was hard to control the crowd of people rushing into the store in the seconds following the gunfire.

Kenneth Culbreth had gone into the CVS in the early morning hours to make a quick purchase. Moments later, he walked out to a crime scene.

Culbreth spent the rest of the morning watching the scene, with law enforcement and several emergency vehicles moving in and out at a rapid pace.

This is the second mass shooting to occur on the weekend of Bayou Classic in recent years. In 2016, two men got into a fight and the resulting gunfire injured nine people and killed Demontris Toliver, a Baton Rouge tattoo artist.

No information about motive for the shooting has been released. It’s also unclear if there was just one gunman or multiple gunmen.

Eventually, we’ll learn the mass shooter was a black suspect, just as almost every fatal/nonfatal shooter is in New Orleans (city data shows between Q3 2015 and Q2 2017, 90 percent of those arrested for nonfatal shootings in the city were black).

The 2nd mass shooting in four years at the Bayou Classic, an HBCU football game heavily promoted by city leaders in New Orleans as an authentic black celebration… somehow, they’ll try and blame white gun owners and the NRA for this black mass shooting.