Under the continent of Antarctica, there is a “mantle plume producing almost as much heat as Yellowstone supervolcano”, and this has been melting ice plates from underneath at a staggering pace.  If that superheated rock were to move even closer to the surface, that would potentially greatly accelerate the melting of Antarctic ice, and the consequences for the entire planet would be quite dramatic.  As you will see below, if all Antarctic ice were to melt, the entire eastern seaboard of the United States would vanish.  In other words, there would be no more New York, no more Washington D.C. and no more state of Florida.

That is why what is happening in Antarctica right now is deeply alarming many experts.  According to the University of Chile, there have been over 30,000 earthquakes in Antarctica since the end of the month of August, and this is extremely unusual.

Of course the quakes are not scattered evenly throughout the continent.  In fact, the vast majority of them have been happening at a location where “several tectonic plates and microplates meet”…

Scientists with the university’s National Seismological Center said the small quakes – including one stronger shake of magnitude 6 – were detected in the Bransfield Strait, a 60-mile wide (96-km) ocean channel between the South Shetland Islands and the Antarctic Peninsula.

Several tectonic plates and microplates meet near the strait, leading to frequent rumbling, but the past three months have been unusual, according to the center.

Obviously something big is taking place, and we do know that the rate at which the Shetland Islands have been separating from the Antarctic peninsula has been accelerating…

The shakes have become so frequent that the strait itself, once increasing in width at a rate of about 7 or 8 mm (0.30 inch) a year is now expanding 15 cm (6 inches) a year, the center said.

“It’s a 20-fold increase … which suggests that right this minute … the Shetland Islands are separating more quickly from the Antarctic peninsula,” said Sergio Barrientos, the center’s director.

The reason why what is happening in Antarctica is so important to the rest of us is because of the possibility that Antarctic ice could start melting at a much more rapid pace.

The massive ice shelves which cover the continent have been melting from underneath for quite a while, and NASA says that a “mantle plume producing almost as much heat as Yellowstone supervolcano” is largely responsible…

A mantle plume producing almost as much heat as Yellowstone supervolcano appears to be melting part of West Antarctica from beneath.

Researchers at NASA have discovered a huge upwelling of hot rock under Marie Byrd Land, which lies between the Ross Ice Shelf and the Ross Sea, is creating vast lakes and rivers under the ice sheet. The presence of a huge mantle plume could explain why the region is so unstable today, and why it collapsed so quickly at the end of the last Ice Age, 11,000 years ago.

Could all of the seismic activity that has been occurring in recent months be a sign that conditions under the continent are starting to become a lot more unstable?

If so, we could potentially be facing a scenario that most of us never dreamed was possible.  According to one recent study, an acceleration of the melting process could actually destroy giant ice shelves “in minutes or hours”…

As meltwater rushes through the cracks in the Antarctic ice shelves, it can destroy the ice shelves in minutes or hours. This is amplified by the warming atmosphere, and as the warming continues, this phenomenon may happen more often than not. A study published back in August showed that at least half of the ice shelves are at risk of having this happening.

The study suggested that around 50% to 70% of the ice shelves holding Antarctic glaciers in place could become weak and even collapse with surges of meltwater. Ching-Yao Lai, a postdoctoral researcher in the Department of Marine Geology & Geophysics at Columbia University’s Lamont-Doherty Earth Observatory in New York and lead author of the study said, “What we find is that the amount of melting is important, but where the melting happens is also important.”

So what would happen if all of the ice in Antarctica suddenly melted?

Well, according to Geologist Ed Mathez of the American Museum of Natural History, oceans would rise approximately 70 meters all over the globe…

Thank you for your question. The simple answer is no. The whole world will never be underwater. But our coastlines would be very different.

If all the ice covering Antarctica , Greenland, and in mountain glaciers around the world were to melt, sea level would rise about 70 meters (230 feet). The ocean would cover all the coastal cities. And land area would shrink significantly. But many cities, such as Denver, would survive.

And according to National Geographic, every U.S. city that sits along the east coast of the United States “would vanish, along with Florida and the Gulf Coast”…

The entire Atlantic seaboard would vanish, along with Florida and the Gulf Coast. In California, San Francisco’s hills would become a cluster of islands and the Central Valley a giant bay. The Gulf of California would stretch north past the latitude of San Diego—not that there’d be a San Diego.

Needless to say, we have a great interest in making sure that all of that ice does not melt.

Unfortunately, today Antarctica is one of the fastest warming places on Earth due to all of the heat that is being generated from below.

We live at a time when earthquakes are happening in diverse places and unusual seismic activity is occurring all over the planet on a regular basis.

Most of us assume that these seismic events are nothing to be concerned about and that life will continue as it normally does for the foreseeable future.

But what if it doesn’t?

Many believe that we are entering a time when major Earth changes will dramatically affect the entire planet, and without a doubt we are already seeing very unusual things happen all over the globe.

It is definitely not normal for there to be 30,000 earthquakes in Antarctica in a four month period, and we will continue to watch the continent very closely as we head into 2021.

Because if the ice in Antarctica starts to melt much more quickly, none of our lives will ever be the same again.

About the Author: My name is Michael Snyder and my brand new book entitled “Lost Prophecies Of The Future Of America” is now available on Amazon.com.  In addition to my new book, I have written four others that are available on Amazon.com including The Beginning Of The End, Get Prepared Now, and Living A Life That Really Matters. (#CommissionsEarned)  By purchasing the books you help to support the work that my wife and I are doing, and by giving it to others you help to multiply the impact that we are having on people all over the globe.  I have published thousands of articles on The Economic Collapse Blog, End Of The American Dream and The Most Important News, and the articles that I publish on those sites are republished on dozens of other prominent websites all over the globe.  I always freely and happily allow others to republish my articles on their own websites, but I also ask that they include this “About the Author” section with each article.  The material contained in this article is for general information purposes only, and readers should consult licensed professionals before making any legal, business, financial or health decisions.  I encourage you to follow me on social media on Facebook, Twitter and Parler, and any way that you can share these articles with others is a great help.  During these very challenging times, people will need hope more than ever before, and it is our goal to share the gospel of Jesus Christ with as many people as we possibly can. 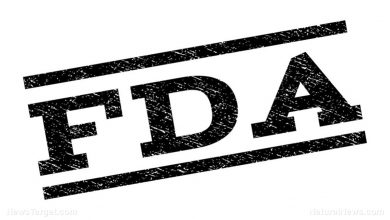 Not one FDA expert voted to approve new Alzheimer’s drug, but it was approved anyway

BEWARE: Nucleic acid vaccines use a GENE GUN that forces mutated code into your cells to create protein prions that clog your blood

“Non-vaxxers” in America, be ready to LOSE YOUR PHONE connection when the vaccine SS police start cracking the whip

Biden Admin Slammed for Newly Announced Plan to 'Airlift' Family of Illegal Immigrants Into US
June 16th, 2021 Flag And Cross 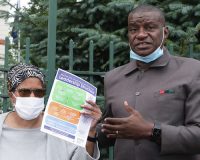