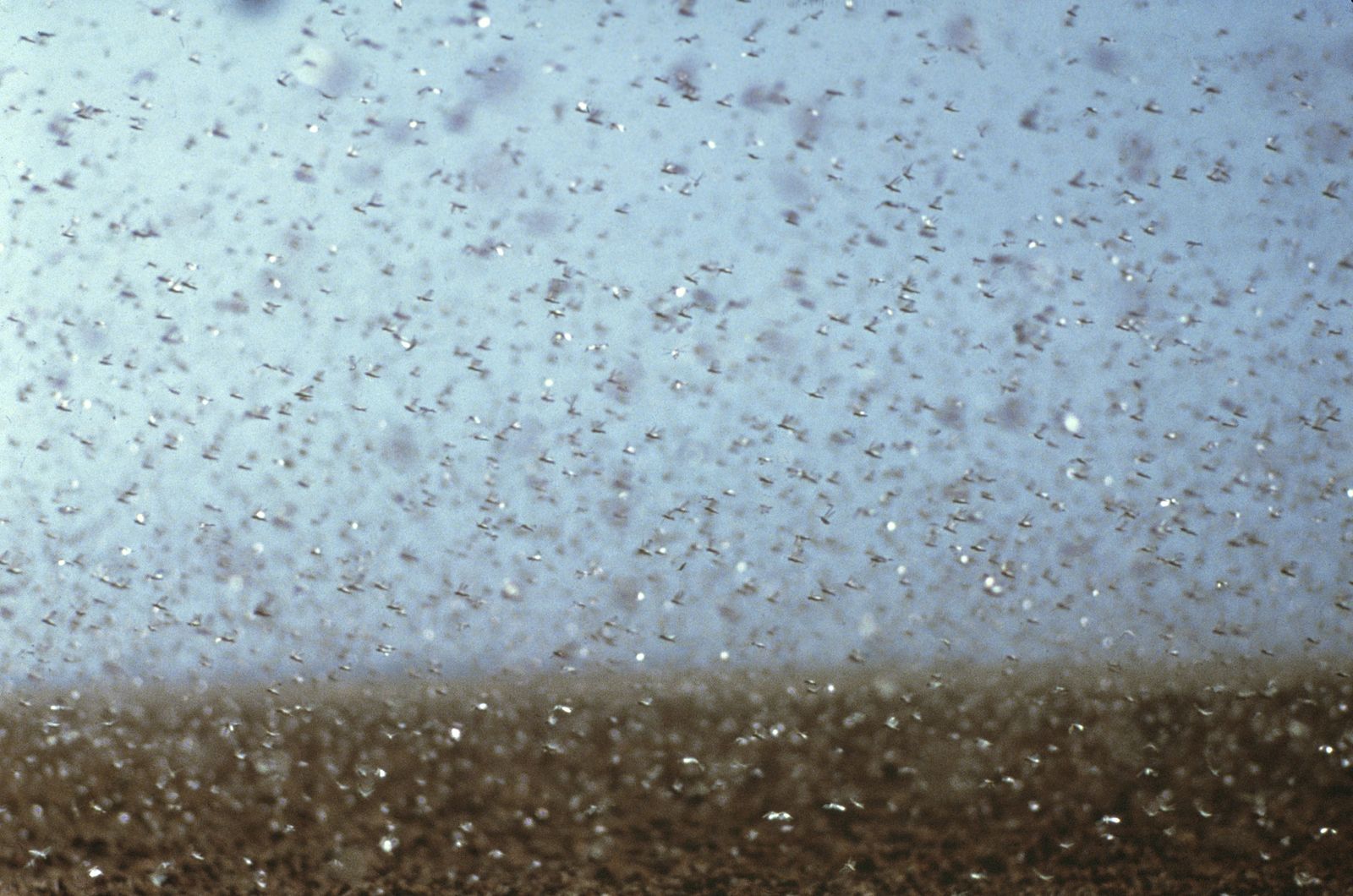 What we are witnessing in east Africa and across much of the Middle East right now is hard to believe. 360 billion locusts are eating everything in sight, and UN officials are warning that this plague of “Biblical proportions” could get many times worse over the next several months. Desert locusts can travel up to 93 miles a day, and each adult can consume the equivalent of its own weight in food every 24 hours. These voracious little creatures are traveling in absolutely colossal swarms that are up to 40 miles wide, and they continue to push into new areas. If urgent action is not taken on a massive scale, millions upon millions of people could soon have next to nothing to eat.

In fact, the government of Pakistan just declared a national emergency because of these locusts…

A locust plague is wreaking havoc in Pakistan as ‘unprecedented and alarming’ swarms ravage crops as shocking video shows millions of the insects sweeping through Saudi Arabia.

Pakistan’s government declared a national emergency at the weekend after an infestation of desert locusts arrived in eastern Pakistan.

In Saudi Arabia, the swarms have been so thick at times that they have completely blocked out the sun, and video footage coming out of that country is getting attention all over the world…

Meanwhile swarms of locusts have been milling the skies in Saudi Arabia, with one video circulating online showing the sky saturated with the insects.

Another shows a tree in Saudi Arabia crawling with desert locusts, which consume their own bodyweight in food each day.

But of course east Africa remains the hardest hit region, and UN officials are warning that a horrible famine could rapidly develop as a result of this plague. The following comes from Scientific American…

Locust swarms of biblical proportions are threatening crops across a wide swath of Africa and southwest Asia—spurring alarm among top international officials.

A major concern is famine. The United Nations is warning that mass swarms of desert locusts are endangering food supplies in eastern Africa. In response, officials in Rome mobilized an emergency briefing yesterday in a bid to raise money—noting the situation has a high potential to devolve into a full-blown crisis.

It would be incredibly difficult for me to overstate the scale of this crisis.

According to the Daily Mail, the number of locusts has now reached 360 billion…

A locust plague decimating crops and livestock pastureland in east Africa, including swarms 40 miles wide, threatens to trigger a humanitarian crisis, the UN has warned.

The horde of 360 billion insects has laid waste to farmland across Ethiopia, Kenya and Somalia, caused damage in Dijibouti and Eritrea, posing an unprecedented threat to food security.

There are less than 8 billion people living on the entire planet.

So this swarm of locusts outnumbers us by a margin of more than 45 to 1.

And what these locusts want more than anything else is food. If you doubt the destructive power of these swarms, please consider what the FAO’s senior agriculture officer recently had to say…

“It’s certainly the most dangerous migratory pest in the world, desert locust,” said Keith Cressman, FAO’s senior agriculture officer. “A swarm the size of Rome can eat enough food in one day as everybody in Kenya.”

And some of these swarms are actually bigger than the city of Rome.

I know that may be difficult to believe, but it is true.

In Somalia, officials are calling this crisis “a national emergency” as the locusts consume “huge amounts of crops”…

Over in Kenya, things are even worse. At this point the only viable way to combat these swarms is to spray them, and the UN is desperately asking for financial help to aid in that effort…

Just five planes are currently spraying as Kenyan and other authorities try to stop the locusts from spreading to neighboring Uganda and South Sudan. The United Nations has said $76 million is needed immediately to widen such efforts across East Africa.

A fast response is crucial. Experts warn that if left unchecked, the number of locusts could grow by 500 times by June, when drier weather will help bring the outbreak under control.

UN officials keep claiming that the number of locusts could get 500 times larger over the next few months, but I am having a really hard time believing that this plague could possibly get much worse than it is now.

Unfortunately, conditions are very favorable for breeding, and these locusts are constantly searching for new sources of food. They will continue to migrate in new directions, and they will eat crops everywhere they go.

According to Scientific American, the breeding cycles over the next couple of months could push the locust swarms as far as India…

Cyclones that struck the driest parts of the Arabian Peninsula last year triggered the current crisis, creating ideal conditions for the desert locust species to multiply. Left to breed in isolated corners of Saudi Arabia and Yemen, the locust swarms crossed to the Horn of Africa where they were given further support by another cyclone.

More breeding cycles are expected. The swarms increase in size twentyfold with each successive generation and could reach India by June.

When I first told my wife about this locust plague she was absolutely horrified.

She wondered what all those people would eat if all their crops were gone. Of course the truth is that they aren’t going to have much of anything to eat.

These locusts are going to create a famine, and the more they eat the worse the famine will become.

We have never seen anything like this before, and this is yet another “unprecedented crisis” that we can add to all the others that we are currently facing.

Our planet is changing, global weather patterns are going absolutely nuts, and worldwide events are really starting to spiral out of control.

And at this point we are just a little over one month into 2020. If you think that things are bad so far, just wait until you see what is coming over the course of the rest of the year.