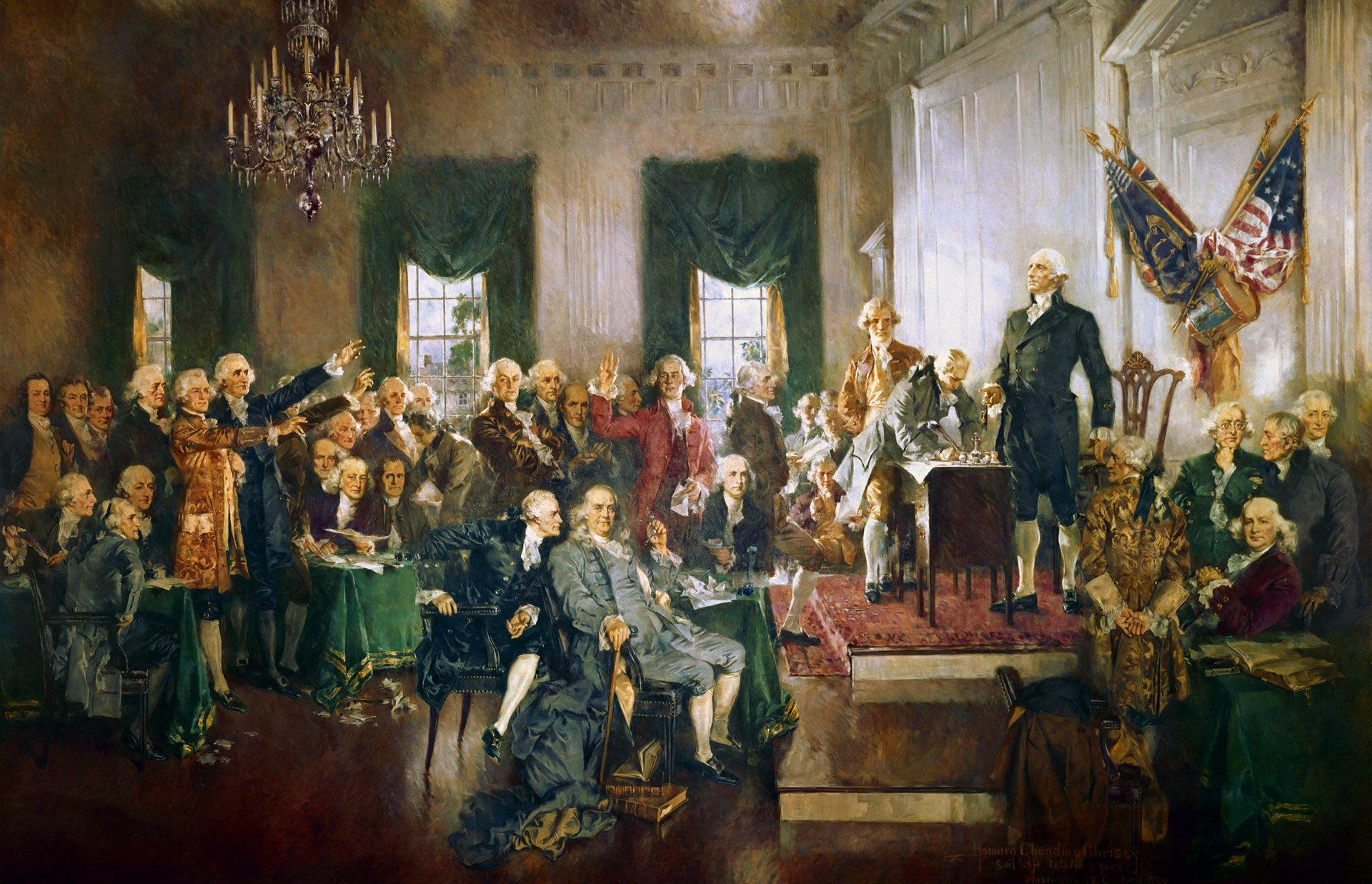 This week many Americans celebrated Constitution Day, which is observed every year to remember the Founding Fathers signing the Constitution on September 17, 1787.

Here are five facts you need to know about the Constitution:

2. The three-fifths compromise did not come about because the Founding Fathers considered African-Americans “three-fifths of a person,” as NPR has asserted (at your expense). A motion to count all slaves on equal terms with free persons was introduced by Pierce Butler of South Carolina, an ardent defender of slavery and the author of the Fugitive Slave Clause. Northern states wanted to exclude all slaves from population totals—to reduce the political power of slave states. Slave states would otherwise benefit from having more representatives in Congress to “represent” the enslaved.

3. There is a connection between Constitution Day and Thanksgiving. The first Thanksgiving Proclamation by George Washington designated November 26, 1789 “a day of public thanksgiving and prayer” to acknowledge “the many signal favors of Almighty God especially by affording them an opportunity peaceably to establish a form of government for their safety and happiness,” namely the U.S. Constitution.

Washington noted that “it is the duty of all Nations to acknowledge the providence of Almighty God, to obey his will, to be grateful for his benefits, and humbly to implore his protection and favor” for numerous blessings, including

the favorable interpositions of his Providence which we experienced in the course and conclusion of the late war—for the great degree of tranquility [sic], union, and plenty, which we have since enjoyed—for the peaceable and rational manner, in which we have been enabled to establish constitutions of government for our safety and happiness, and particularly the national One now lately instituted—for the civil and religious liberty with which we are blessed.

4. Alexander Hamilton proposed a radically different role for the federal government during a speech at the Constitutional Convention on June 18, 1787. He called for a bicameral legislature: the Assembly, whose delegates were directly elected every three years, and the Senate, chosen by electors (who were elected by the people) and serving for life, pending “good behaviour.”

The president would be elected “by Electors chosen by electors chose by the people” and served for life during good behavior. The governor of each state would also be “appointed by the general [federal] government,” and all soldiers would be under the direct control of the federal government. His Supreme Court would have had 12 justices. The next day, James Wilson objected that his plan “would swallow up the State Govts.”

This article is republished with permission from the Acton Institute.

Rev. Ben Johnson is a senior editor at the Acton Institute. His work focuses on the principles necessary to create a free and virtuous society in the transatlantic sphere (the U.S., Canada, and Europe).