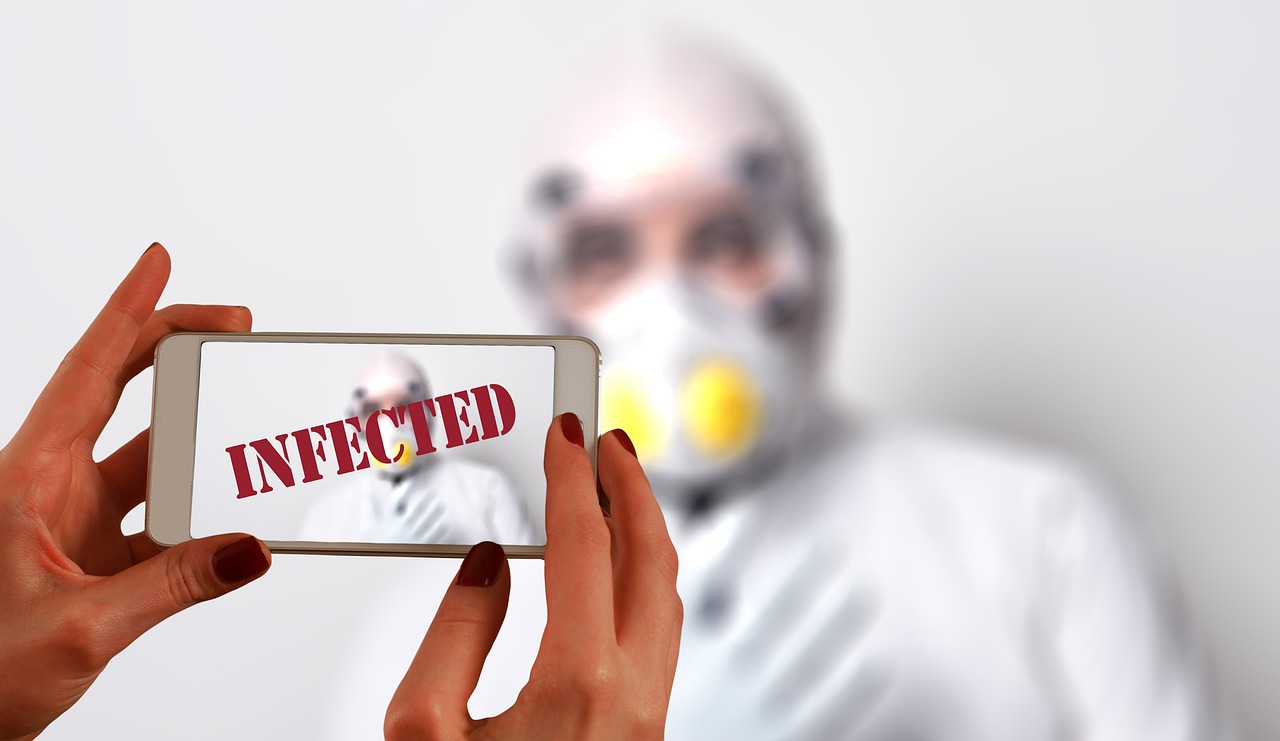 If the coronavirus is spreading this rapidly among hospital workers, what chance do the rest of us have? What we are witnessing in China right now is absolutely unprecedented. Despite the lockdown of major city after major city, this mysterious new coronavirus continues to spread like wildfire, and Chinese government officials are becoming visibly frustrated. The number of confirmed cases has nearly doubled over the past seven days, and that is extremely concerning. But even more alarming is the unofficial information which has been leaking out of China. According to the South China Morning Post, “at least 500 hospital staff in Wuhan” have now been infected…

At least 500 hospital staff in Wuhan had been infected with the deadly new strain of coronavirus by mid January, multiple medical sources have confirmed, leaving hospitals short-staffed and causing deep concern among health care workers.

While the government has reported individual cases of health care workers becoming infected, it has not provided the full picture, and the sources said doctors and nurses had been told not to make the total public.

There have been numerous reports that indicate there isn’t enough equipment to sufficiently protect medical personnel in Wuhan, and that is probably the biggest reason why this number is so high.

But most of these workers are not completely unprotected, and this just shows how easily this virus can spread.

Ultimately what all of these workers probably need are full hazmat suits, and right now there aren’t many to go around…

A doctor from a major hospital in Wuhan, who requested anonymity, said the development had hit morale, adding that many medical workers were “devastated” when they saw the CAT scans of colleagues who had been infected.

“That is why we have been crying out for more donations of medical supplies, especially hazmat suits,” one doctor said, describing how a quarantine area set aside for sick medical workers was now full. “We have seen too many colleagues falling ill because of insufficient protection.”

Wuhan doctor Li Wenliang was one of the first to try to sound the alarm about this outbreak, and when the virus killed him it sent shockwaves all over China.

Here in the United States a lot of people are still not taking this crisis very seriously, but over in China people are literally dropping dead day after day.

And if urgent action is not taken, the same thing could soon start happening all over the globe. In fact, WHO advisor Ira Longini just completed a study that concluded that “more than 5 billion people” could ultimately catch this virus…

In yet another sign of the World Health Organization’s about-face on the coronavirus outbreak, a top epidemiologist and advisor to the organization said Thursday that if the virus isn’t contained soon, it could infect 60% of the global population – or more than 5 billion people – echoing projections made by a Hong Kong scientist who was once labeled an alarmist despite his pioneering work in the fight against SARS.

According to Bloomberg, that’s what WHO advisor Ira Longini said after finishing a study of the virus’s transmissibility. His estimates suggest that the virus could one day infect billions of people, far more than the ~60,000 or so cases as of earlier on Thursday.

And he is far from alone. In fact, Hong Kong epidemiologist Gabriel Leung is also warning that 60 to 80 percent of the entire global population could become infected.

In addition, an AI-powered simulation created by a technology executive named James Ross has determined that this virus could wind up killing 52 million people.

We hope that such scenarios do not become a reality, but at this point I am greatly frustrated with those in the western world that are treating this crisis as if it was no big deal.

It is a big deal, and if we don’t get our act together it could kill an enormous number of people.

Unfortunately, so far we have seen quite a bit of incompetence. For example, one woman that caught the coronavirus recently showed up to a hospital in London in an Uber…

The first person diagnosed with coronavirus in London turned up unannounced at a hospital in an Uber taxi after falling ill.

Two staff from Lewisham hospital in south London are now in isolation at home after coming into contact with the woman, a Chinese national who had recently arrived in the city from China.

She probably didn’t understand that she should have called an ambulance. But the worst part of the story is that the hospital actually sent her back home “pending the results of her tests”…

The woman was then sent home pending the results of her tests. On Wednesday she was taken to another London hospital, St Thomas’, for treatment.

By not taking her case seriously, that hospital could have potentially lit the spark that will spread this virus all over London.

Here in the United States, we just learned that the coronavirus testing kits that the CDC was sending out to local communities don’t work.

In fact, they were coming up with a completely wrong result much of the time…

Earlier this week, we reported how China rushed biotech industry virus testing kits into production, compressing the normal 2-3 years of testing and validation into just 2-3 weeks. The result? The test kits are a joke, producing 50% – 70% false negatives, which means people who have the coronavirus are falsely confirmed to be virus-free.

Now, the CDC is admitting that its own test kits which were widely distributed to hospitals and clinics across all 50 U.S. states, are also failing. They producing both false negatives (missed infections) and false positives (saying people are infected when they really aren’t), both of which lead to horrific errors in deciding who should be quarantined or treated.

So there could be people running around all over the United States that “tested negative” for the disease but that are now spreading it to countless others.

That is just great.

And the cavalier attitude that many of our officials have toward potential cases is just mind blowing.

For instance, in King County, Washington those that are suspected of having the coronavirus are being put in local motels.

Please remind me never to stay in a motel in King County.

What a nightmare we are facing. I had a feeling that this year was going to be chaotic, but I don’t know anyone that imagined that things would already be this bad in mid-February.

And a former commissioner of the Food and Drug Administration is warning that the number of cases that have been confirmed in the U.S. so far is just the tip of the iceberg…

The U.S. has now reported 14 confirmed cases of the deadly virus. But health experts believe the real figures are much higher as the virus can be transmitted even while undetected for 10-14 days.

Scott Gottlieb, former commissioner of the Food and Drug Administration, said there are “certainly cases we don’t know about,” and that we’re only “capturing 25 percent of cases at best.” He urged the committee to expand testing and warned them to expect a wider outbreak.

Perhaps this outbreak will fizzle out eventually, but the lack of urgency that I am seeing in this country right now is deeply, deeply alarming.

If we can’t get our act together to respond adequately to a potential killer pandemic that is causing people to literally drop dead on the other side of the globe, what is going to happen when an even greater crisis is facing us?