In addition to the Clintons, Gaonkar supported Partners in Health with “In-Kind Gifts”, as reflected in their 2012 annual report. Now, remember, Partners in Health was founded by Clinton buddy Dr. Paul Farmer, World Bank President Jim Yong Kim, and three others, and has been operating out of Haiti as well as other locations for years now. This annual report consists of 20 pages of donors with over 150 donors per page with contributors from people and organizations such as Bill & Melinda Gates Foundation, Open Society Foundations, Goldman Sachs & Co, The Clinton Bush Haiti Fund, GE, The United Nations Foundation, The World Bank, Digicel Foundation, and on and on it goes. One may look at such a list, with well over 3,000 contributors both financially and in-kind donations, and wonder if this could perhaps be a large scale slush fund? It’s a realistic question. Partners in Health began their work in Haiti and have since expanded out to 10 countries. They have partnerships with Bill & Melinda Gates Foundation, Pfizer, Ronald McDonald House Charities, and several others.

Gaonkar is a very ambitious lady. In addition to all of the above, in 2015 she co-founded the Surgo Foundation with her friend Sema Sgaier, that focuses on health systems and services across several countries. Prior to Sema’s role as executive director of Surgo, she held several roles at the Bill & Melinda Gates Foundation, such as leading the scale-up of the HIV prevention program in India and across eastern and southern Africa. She is well versed in working with governments and was a neuroscience and genomics scholar at Harvard Medical School, and has a PhD in cellular and molecular biology. She also serves on the board of the Bill & Melinda Gates Foundation’s Alumni Network.

One of Surgo Foundation’s six partners is the Clinton Health Access Initiative (CHAI) which was set up to be a long-term strategic partnership. In 2017 they launched their first projected in Chennai, India to eliminate TB. According to their site, they state, “In Chennai, there are approximately 23,000 TB cases that develop annually, of which less than 10,000 are reported to the local government. Unreported cases are either patients receiving care in the private sector, where TB care is unregulated and the quality varies, or are patients who have yet to seek care or were not properly diagnosed.” They go on to say that this is just the first of many programs they hope to work on together.

Gaonkar also serves as a trustee to Ariadne Labs, is on the Advisory Board, and was one of the founding donors. Ariadne Labs is a joint center for health systems innovation of Brigham and Women’s Hospital and the Harvard T.H. Chan School of Public Health. Ariadne Labs, based out of Boston, MA, was founded in 2012 by Atul Gawande and a team of leaders to find solution for complex problems in health care. Gawande built this center from a start-up research center with 100 employees and more than 100 affiliate and associate faculty members across the Harvard system. Ariadne Labs has numerous “supporters”, a few of which include Mala Goankar and husband Oliver Haarmann, Bill & Melinda Gates Foundation, and Lone Pine Capital.

They have worked on many initiatives, including the “Primary Health Care Performance Initiative” they launched at the United National General Assembly in 2015, developed with the World Bank, WHO, and Bill & Melinda Gates Foundation.

In July 2018 Gawande became the CEO of Jeff Bezos’ Amazon, Berkshire Hathaway, and JPMorgan Chase health care organization, which is also based in Boston.

To recap, Mala Gaonkar from Lone Pine Capital is the trustee of Ariadne Labs, is on the advisory board and was a founding donor, Bill & Melinda Gates work on initiatives with Ariadne Labs, and Sema Sgaier co-founder of Surgo Foundation used to work with Bill & Melinda Gates. Gaonkar is a supporter of Partners in Health, and a trustee to CHAI, donor to CHAI, on the board of CHAI and working on an initiative in India with CHAI through her Surgo Foundation. She has collaborated on work involving Dartmouth and her boss was a graduate and former board member of Dartmouth. Interesting connections.

Gaonkar is also a trustee of the Paris Review, a past consultant of The World Bank, a Founder’s CouncilMember at Harvard University South Asia Initiative, and has made contributions to multiple campaigns for Hillary Clinton. According to her own words pertaining to donors in a Wikileaks email dated April 21, 2015, she had previously been on the Clinton Climate Initiative (CCI) board as well. 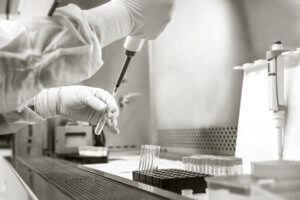 Aside from Bill & Melinda Gates having involvement in CHAI, Partners in Health, and Ariadne Labs, they also have an extensive history with Dartmouth.

This is a mere sampling of grants awarded to Dartmouth researchers: In 2005, two grants were awarded to the tune of $4 million pertaining to mucosal immunization against Tuberculosis. In 2008, eight grants were awarded at $100,000 each for research varying from building better vaccines to expansile nanoparticles for delivery of antibiotics, and several other projects. In 2009, the Gates Foundation sponsored a project for a $30 million grant program to develop point-of-care diagnostics for the developing world. In 2017 the Gates Foundation awarded a grant for mucosal immunity in Polio in the amount of $673,882.

In 2010, Dartmouth Professor Douglas Staiger worked with the Gates Foundation on a “Measures of Effective Teaching” project, which was a national effort fully funded by the Gates Foundation. They were working with researchers, collecting and analyzing data that “may unlock the secret to what makes an effective teacher.” RAND Corporation was working on the statistical analysis.

In 2011, Ragon, Dartmouth, MIT, and Harvard collaborated to tailor a new vaccine approach against HIV with an $8 million award from Partners Healthcare through a grant from the Gates Foundation. Partners Healthcare was founded in 1994 and is a non-profit Boston-based hospital and physicians network that includes Brigham and Women’s Hospital and Massachusetts General Hospital. In April 2017 the United States District Court for the District of Massachusetts announced that Partners Healthcare and Brigham and Women’s Hospital was fined $10 million over allegations that a stem cell research lab fraudulently obtained federal grant funding. The government stated that the lab run by Dr. Piero Anversa included false scientific information in applications to the National Institutes of Health. Apparently, the lab “raised the possibility” that a human heart could repair itself, but other scientists haven’t been able to replicate that research. In 2015, the Brigham lab closed and the three researchers no longer work at the hospital.

In 2013, Gates brought on John Modlin as Deputy Director, Polio for the research portfolio of the Polio strategy. Modlin attended Duke University, carried out his residency at Boston Children’s Hospital, and served on the faculties of Harvard Medical School and John Hopkins School of Medicine. He moved to Dartmouth in 1991. His research consists of perinatal viral infections, poliovirus immunization, and vaccine public policy, and his research at John Hopkins played a vital role in the decision to change polio vaccination policy in the U.S. in both 1997 and 2000. Modlin was also the chair of the CDC Advisory Committee on Immunization, and chair of the FDA Vaccines and Related Biological Products Advisory Committee. Just before moving over to the Gates Foundation, he was the Chair of the Department of Pediatrics and Senior Advising Dean at Geisel School of Medicine at Dartmouth.

During Modlin’s time as  Chair of the Advisory Committee on Immunizations and Practices, in February 2000, they provided recommendations for “Use of Standing Orders Programs to Increase Adult Vaccination Rates”, which entailed:

It includes a fairly extensive background citing statistics, as well as implementation guidelines, and concludes with:

What is Going on at Dartmouth & The Healthcare Industry? 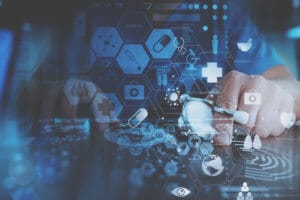 Does it seem odd that three professors from the same department, out of 40 departments, were fired within a few weeks of one another, ALL for sexual misconduct that is still under investigation? Does it seem strange that a 28-year veteran research professor was pressured out of his job over not crediting someone’s work in his paper that he and is co-authors wrote? It’s plausible, but why now? Why at the same time as five other professors being shuffled out the door?

How about world renowned, 30-year veteran Elliot Fisher suddenly being under investigation, along with 20-year veteran Adam Keller, both for mysterious unknown reasons? Again, both happening at the same time frame as the others. What are the odds, out of 930 faculty members from 40 different departments, three are from a single department, and the other three are also from a single department?

Given some of the history and connections with Dartmouth, is it possible that there is a lot more going on than meets the eye? The mere fact that the MSM is silent on this, especially when one of the men is a documented researcher in former President Barack Obama’s Affordable Care Act, and a former co-worker of the President of The World Bank, one must ask these questions. Why the silence?

This circle of individuals literally consists of three professors of Dartmouth fired for alleged sexual misconduct, two professors released of duty and under investigation for unknown reasons, one professor pressured to resign over allegations of plagiarism. The connecting parties consist of one former CDC Director arrested for alleged sexual abuse along with a wealth of past potential scandals, the Clinton Foundation is currently under investigation, Bill and Melinda Gates have been under scrutiny for years over devastating outcomes and even death caused by their vaccines, and Dr. Paul Farmer’s Haiti agendas have been under scrutiny as well. Former President Barack Obama and his entire administration are under fire for multiple alleged incidents involving corruption. Yet, despite the fact that ALL of them are involved up to their necks in the healthcare industry, not one of them is being investigated for their work attributed to these areas?

This intricate web of individuals and their foundations have been intertwined for decades, carrying out experiments, medications, and covering the gamut in the healthcare industry while raking in billions of taxpayer dollars. There is no oversight whatsoever. If these are the people in control, isn’t it time the government take a close look at the funding that is being doled out to these foundations, and take a good hard look at ALL of the Ivy League colleges to get to the root of this problem? Isn’t it time that investigations are carried out pertaining to the health related operations and “initiatives” this crew runs? After all, the Clinton Foundation is currently under investigation for pay-to-play, one would think pay-to-play with people’s health would be a top priority to investigate? Bottom line – it’s time for legitimate investigations and transparency in reporting instead of cover stories.

Door-to-door coronavirus vaccines from the government? It has begun

If “Facebook Is Private,” Why Are They Feeding Private Messages Of Its Users Directly To The FBI?

US Ignoring History, Pushing Plans To Round Up Citizens In Detention Facilities Over Public Health
January 24th, 2021 Sons of Liberty Media