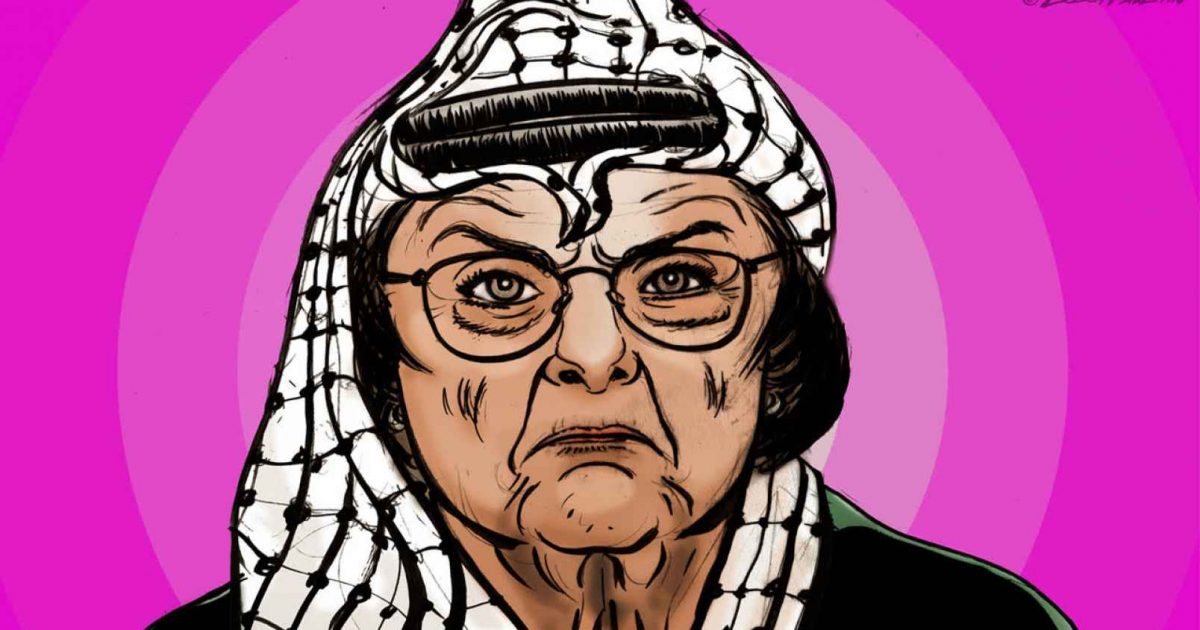 In 2002, Shmuel Waldman, an American from New Jersey, was shot while boarding a bus in Israel. The terrorist attack killed 2 people and left 40 injured. Among that 40 was Shmuel whose leg was blown apart, forcing him to undergo multiple surgical procedures, and leaving him suffering from PTSD.

Waldman v. PLO resulted in a record award of $655 million in damages against the Palestinian Authority terror network. But the verdict was thrown out because an American court lacked jurisdiction over the terrorist group even though the United States provides much of the cash flow that its terrorists rely on.

The Anti-Terrorism Clarification Act was introduced and approved to make it clear that accepting security assistance for its “police force” would place the Palestinian Authority under judicial jurisdiction for lawsuits such as these. The PA could stop funding terrorism or face lawsuits from its victims.

A ruthless battle was waged against ATCA by a variety of groups which understood that the Palestinian Authority would not stop funding and promoting terrorism under any circumstances. These groups falsely claimed that ATCA would undermine American and Israeli security. That was a blatant lie.

The only thing that ATCA would undermine was the flow of tax dollars to Islamic terrorists.

Last year, the Palestinian Authority informed the United States that the terror group would no longer accept any aid from the United States that would expose it to ATCA lawsuits. The terror group’s letter suggested that it might revisit its refusal if the law were changed. That’s just what 6 Democrat senators, led by Senator Dianne Feinstein have set out to do, using the false claim of a humanitarian disaster.

“President Trump’s refusal to provide humanitarian aid to the Palestinian people is a strategic mistake,” Senator Feinstein claimed, accusing him of “denying funding for clean water, health care and schools in the West Bank and Gaza.”

Senator Chris Coons urged, “It is critical that we restore lifesaving aid to the West Bank and Gaza.” Senator Jeff Merkley insisted that, “Aid to innocent civilians should not be caught up in broader geopolitical battles. We can and should restore aid to children and other vulnerable populations at the same time as we stand steadfastly by Israel’s security.”

But the real agenda revealed by their resolution shows that it’s not about humanitarian aid, but about restoring funding to the Islamic terrorists of the Palestinian Authority.

The problem isn’t Trump. It isn’t the United States. It’s that the Palestinian Authority is a terror group.

The Palestinian Authority, on whose behalf Senator Feinstein is advocating, rejected the money that Dianne wants to give the terror group, because it doesn’t want to face American terror victims in court.

Rather than telling the truth about that, Senator Feinstein and her five accomplices start out by lying about the problem, and about what they want to accomplish, while assuming that the media will never report the truth. They are almost certainly right about that. But wrong about everything else.

The resolution, “Expressing the sense of Congress regarding restoring United States bilateral assistance to the West Bank and Gaza”, specifically demands $196 million for the Economic Support Fund, $60 million for International Narcotics Control and Law Enforcement; and another million for anti-terrorism.

But the Palestinian Authority is a terrorist coalition. Some of its components, such as the Al-Aqsa Martyrs Brigade, are even officially listed as terrorist groups by the United States. Palestinian Authority “police” deserve the name the same way that ISIS cops did. They’re armed members of a terrorist network with a history of participating in terrorist attacks. This network was set up with United States aid in the Clinton era. Senator Feinstein is vocally insisting that we continue funding terrorists.

If Feinstein, Coons and Merkley were really just concerned about humanitarian assistance, they would not have pushed for funds for the armed components of a terrorist network. This is not about “clean water”, it’s about dirty cash flowing to the enforcers for a terrorist group while leaving their victims out in the cold.

The six senators want the PA’s thugs to get paid, while their victims are left unable to sue them.

Senator Van Hollen claims that he wants to help “millions of children” with this resolution.

“There are thousands of children and families in the West Bank and Gaza who need the aid the United States has historically provided,” Cortez Masto appealed.

Is it thousands or millions? Since it’s not about the children, the fake numbers don’t actually matter.

If the senators read their own resolution, they would see that it frees terrorists from being sued for the foreign aid they receive from American taxpayers by their American victims in United States courts.

A number of the Dem senators invoke Trump, attacking and blaming him, but as their own resolution concedes, it was the Palestinian Authority that turned down ATCA aid. How is that Trump’s fault?

Why blame President Trump when your own terrorists would rather kill Jews than take your money?

Senator Feinstein is broadcasting support for her resolution from a variety of “humanitarian” groups. A number of these groups, such as Churches for Middle East Peace, are involved in BDS and other anti-Israel activities. Islamic Relief has been accused of supporting Hamas. As has another NGO on the list.

Feinstein, Van Hollen, Merkley, Coons and Cortez Masto are touting support for their “humanitarian” effort that respects “Israeli security” from Islamic USA whose chair, Khaled Lamada, has allegedly praised Hamas, and distributed conspiracy theories which claim that the Jews are causing Egyptian Muslims to have sex, plan to invade the Nile Valley and that the Egyptian president is a secret Jew.

Democrats are using support from BDS, anti-Israel and anti-Semitic groups to back this resolution. And they are doing so while lying and misleading about the resolution, its aims and its purpose.

Senator Feinstein and her allies have failed to explain what ATCA is or what “legal liabilities” the Palestinian Authority is attempting to evade. That’s because the plain truth is that the six Senate Democrats are trying to defraud terror victims like Shmuel Waldman under the guise of helping children.

But the “children” they’re helping are grown men who need our money for their guns.

It is ironic that Senator Dianne Feinstein, who has been known for her militant opposition to Americans owning firearms, and for holding firearms manufacturers liable for gun violence, wants to force those same Americans to pay for guns for terrorists while exempting those same terrorists from liability.

Palestinian “security officials” don’t just carry pistols, but Kalashnikov rifles. Those aren’t the weapons of law enforcement, but of a terrorist and guerrilla organization. They’re not meant to police, but to war.

Senator Feinstein hates “assault rifles” when Americans have them, not when Islamic terrorists do.

The resolution isn’t really about humanitarian aid. It’s about allowing terrorists to get away with murder. It’s about stealing money from their victims. And about weakening America’s negotiating position with a terrorist group by exempting it from accountability to the courts, to its victims and to our government.