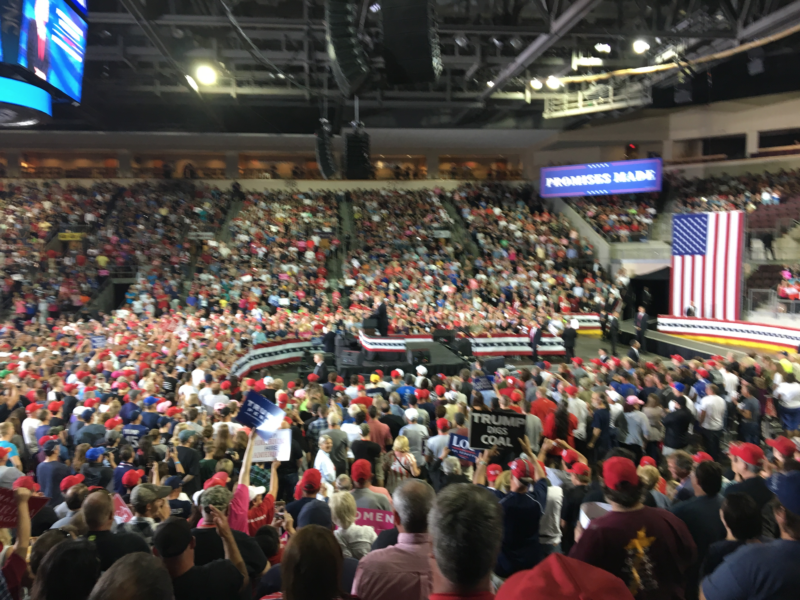 Warren Buffett started the year by dumping his portfolio of 30 newspapers in a fire sale. After having spent $344 million on a stable of local papers including the Richmond Times-Dispatch, the Buffalo News, and the Omaha World-Herald, the Oracle of Omaha had to let them go for a mere $140 million.

“They’re going to disappear,” Buffett said of the papers. “It went from monopoly to franchise to competitive to … toast.”

In February, McClatchy, the country’s second largest local newspaper chain, the owners of the Fort Worth Star-Telegram, the Miami Herald, the Kansas City Star, the News & Observer, the State and many other major local papers, filed for bankruptcy.

We’re barely into 2020 and the apocalypse which wiped out 7,800 media jobs in 2019 is speeding on. That was down from the 15,000 media jobs lost in 2018, but only because it’s hard to cut jobs that don’t exist anymore. By the end of the decade, there will be no local newspapers. Only a few national ones.

The internet is certainly to blame, but digital media took nearly as bad a beating as dead tree media with the Gawker relaunch, the Huffington Post, BuzzFeed, and many other lefty digital darlings bleeding.

On CNN, the Miami Herald’s Julie Brown claimed that the lack of local newspapers, “has contributed to the divisions that we’re experiencing around the country.”

The media has been making similar claims for a year now based on a dubious study. But the problem with the papers in the McClatchy, Gannett, Tribune, or other media stables is that they’re echoes of the same national agenda repackaged for a local audience. In the age of the internet, readers are cutting out the middleman and watching CNN or MSNBC, or reading the New York Times and the Washington Post.

Who needs a third-rate local lefty version when you can just buy access to the real lefty thing?

Local papers aren’t really local. They’re investments owned by lefty tycoons like Warren Buffett. As the investments become hopeless, they’re turning into non-profits owned by lefty tycoons like Jeff Bezos. If the local paper is just going to consist of recycled talking points from the Washington Post or the New York Times, then who needs the “local” paper? Local communities don’t. That’s why they’re dying.

The local newspaper is dead. The national media writing its eulogies long ago fired the fatal shot.

How representative are local papers when 62 million people voted for a presidential candidate who went on to win the election that only 6 papers endorsed? Who are those papers really representing?

Why would any of those 62 million people bother reading newspapers that have nothing to say them?

The 6 papers that endorsed Trump were mostly locally owned. 4 were either family-owned local papers or had a single owner. Another was a publishing group of 2 papers. Only one was a smallish media group. These are true local papers because they are locally owned and represent the local population.

The local newspaper died long ago when it vanished into the maw of national media groups which made them interchangeable. The absence of political diversity was a reflection of hiring practices that reflected the political views of national corporations, instead of the perspectives of local communities.

McClatchy is headquartered in Sacramento, California. Tribune is based out of Chicago. Gannett is run out of McLean, Virginia, less than a half hour away from Capitol Hill.

There’s nothing local about any of this.

The media groups hollowed out local papers. A single dominant local paper with national standing because of its role in a media group often functioned as a virtual monopoly for a particular area. But these miniature versions of the Washington Post weren’t widely read outside local government and business leaders. They were local chapters of a national influence operation with a bad business model.

That’s why the media is upset at the decline and fall of the corporations that controlled local news.

The media keeps insisting that local newspapers are a vital civic institution. But, as the other Marx once said, “Who wants to live in an institution?”

People invest in institutions to the extent that they reflect their values and worldview. Civic comes from the Latin ‘civis’ or citizen. Civic institutions that are not rooted in the civitas are foreign bodies. No institution that usurps the citizenry can be anything other than an engine of cultural colonialism.

Partisan civic institutions are, like the Holy Roman Empire, neither civic nor institutions. They’re the propaganda operations of a political faction which are maintained with money diverted from taxpayers and with funding from wealthy interests connected to that faction. They have no institutional future.

The newspaper business is much more vital and interesting in cities like New York and Boston that still have conservative papers. Discussion and debate are dynamic when there’s more than one point of view. That’s another reason why the people who used to read newspapers moved on to the internet.

The media is an echo chamber. A false institution that does not listen to the citizenry, only hectors it.

And the voice of its echo chamber is losing power.

Trump won even though only a handful of papers endorsed him. He won the White House over the opposition of the big media conglomerates that are racing each to bankruptcy court.

The media makes much of its endorsements. But how much do they really matter?

An older survey however noted that endorsements by “independently owned papers seemed to influence readers more than larger and group-owned papers”.

As Buffett put it, they “went from monopoly to franchise to competitive to … toast.”

Trying to subsidize them as non-profits with tech money from Silicon Valley, as Google, Facebook, Apple, and Amazon are doing, won’t change that. Take it from Warren Buffett who lost a fortune trying.

Daniel Greenfield is a Shillman Journalism Fellow at the David Horowitz Freedom Center. This article previously appeared at the Center’s Front Page Magazine.
Click here to subscribe to my articles. And click here to support my work with a donation.
Thank you for reading.
(Visited 8 times, 1 visits today)
Share
Tweet
Share
Pin