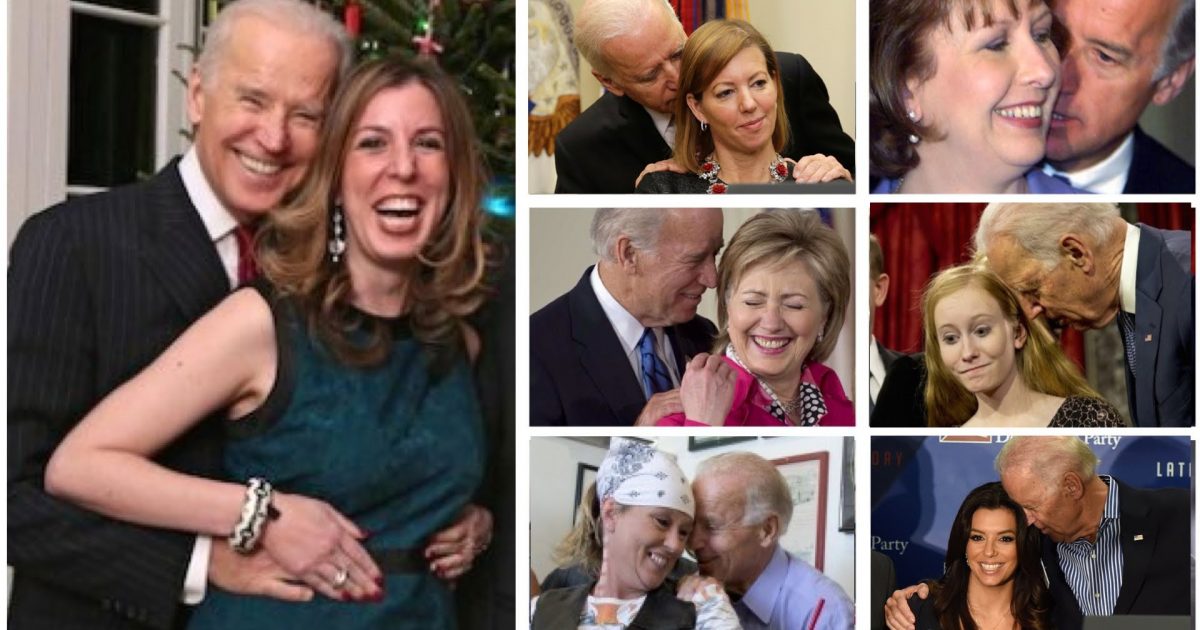 It’s absolutely amazing this man held any public office, especially the office of vice president. Even more concerning is his bid for the White House in 2020, after his embarrassment as the usurper’s VP. Still, as we have reported with documented video evidence, Joe Biden clearly cannot keep his hands nor his lips to himself. One wonders if he has kept other parts of his anatomy to only his wife and himself. It looks like the Deep State doesn’t want Biden in the White House in 2020 and so they are sending the CIA-controlled media after him about things that are actually true.

Biden addressed critics in a video posted to Twitter as three additional women told The Washington Post on Wednesday about encounters with him that made them feel uncomfortable. Their stories bring the total number of people who have expressed concerns about alleged interactions with Biden to seven.

Wow, former Senator Al Franken took quite a while to get that many accusers and look, basically within a week, Biden has done it with ease. No doubt, there are hundreds if not thousands to whom Biden has acted inappropriately, and no doubt, many more are to emerge in the coming days.

Vail Kohnert-Yount said she was a White House intern in the spring of 2013 and one day tried to exit the basement of the West Wing when she was asked to step aside so Biden could enter. After she moved out of the way, she said, Biden approached her to introduce himself and shake her hand.

“He then put his hand on the back of my head and pressed his forehead to my forehead while he talked to me. I was so shocked that it was hard to focus on what he was saying. I remember he told me I was a ‘pretty girl,’ ” Kohnert-Yount said in a statement to The Post.

Of course, Biden sought to exercise some damage control and issued a video on Wednesday in an attempt to justify his behavior.

Social norms are changing. I understand that, and I’ve heard what these women are saying. Politics to me has always been about making connections, but I will be more mindful about respecting personal space in the future. That’s my responsibility and I will meet it. pic.twitter.com/Ya2mf5ODts

Biden acknowledged shifting social norms and promised to be “more respectful of people’s personal space,” he defended his style of interacting and did not offer an apology.

Everyone understands a hug from people you know, but we’ve all seen how Biden does lengthy hugs, has his hands everywhere and kissing and just being all around creepy. He isn’t encouraging any of the women I’ve seen. Does it appear that way to you?

In fact, it’s interesting that he’s just now saying he gets it about personal space. I thought he said he understood that in 2018.

“Nothing justifies a man laying a hand on a woman without her consent. Look, you need consent,” Biden said in an April 2018 video interview with feminist media outlet Makers.

Let those “nevers” be that he serves in public office again.