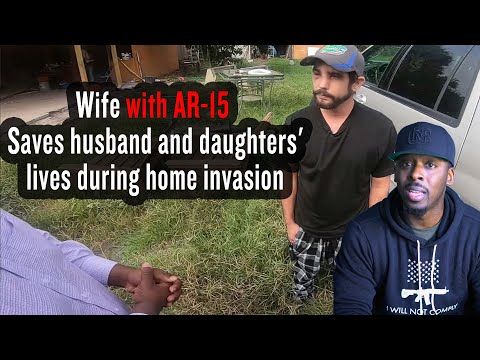 This pregnant woman just saved the Father of her soon to be new baby and their 11-year-old daughter.

Watch the video with Colin Noir:

A popular talking point from people who want to ban and confiscation AR15’s is that no one needs an AR15 for self-defense. These same people will also say we need to ban AR15s because in the hands of criminals they are dangerous.

I never understood this logic because it doesn’t make any sense because what they’re saying is, AN AR in the hands of a criminal is a killing machine, but in the hands of law abiding citizens it’s useless. Well, apparently the Wife and Mother to be in this story didn’t get that memo.

I want you to think about what just happened here. A pregnant woman with an AR15 fought off two Men with handguns. What part of equalizer do people not understand?

This pregnant woman is essentially the most vulnerably being on the planet right now but because of the AR15, she not only saved herself and her child, she saved her husband against two criminals with guns.

In the world of the Anti-gunners, this woman would have run back home to call the police, while the criminals continued to beat her husband to death.

The AR15 in the hands of law-abiding citizens is a necessity because, in a world where full of evil psychotic criminals who thrive on taking advantage of the law-abiding, it gives the power back to the PPL! 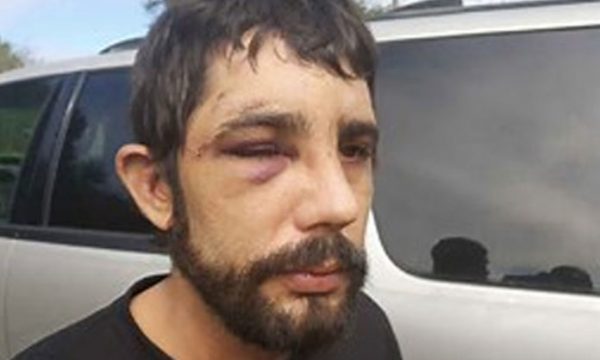 Home invasions can be a scary thing for a home owner without any protection. Especially when the assailant is armed.

Luckily for this couple they were well prepared. While at home at night a married couple encountered a couple of assailants who forced their way into the couples home.

Jeremy King said he was inside his home Wednesday when two masked men armed with guns barged in around 9:00pm. He said he doesn’t know who they are, never met them and has no idea why he was targeted.

Both men pointed guns at King while demanding money and assaulting him.

“I’ve got a fractured eye socket, a fractured sinus cavity, a concussion, 20 stitches and three staples in my head,” said King, outside his home on Old Welcome Road in Lithia. “I took a severe beating.”

“They came in heavily hooded and masked. As soon as they had got the back door opened, they had a pistol on me and was grabbing my 11-year-old daughter,” he said.

The 2nd Amendment is NOT negotiable.

In this case a good “gal” with a gun saved her family.

Without the 2nd Amendment all other rights have no enforcement.

They can try to take our guns and try to do it “legally” through unlawful legislation, but…

We will not comply with infringements upon our God-Given right to self-defense.

This could have been my family, or YOURS.