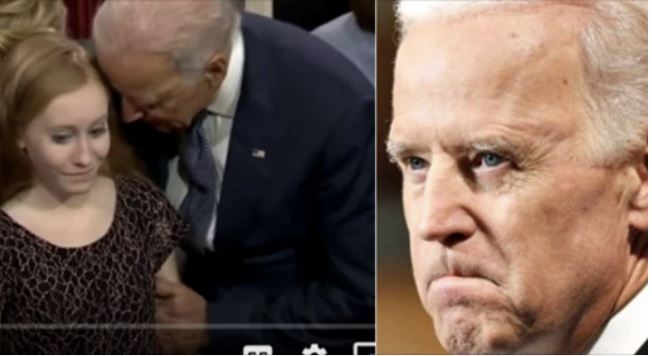 Things aren’t looking good for Joe Biden as more reports of inappropriate sexual conduct are surfacing and if these allegations are proven to be true Uncle Joe is complete toast.

The big news is all about Tara Reade which we have reported about but she is just one woman.

But new bombshells are being reported which say that at least SEVEN more women- none of them Republicans have their own problems with Biden’s inappropriate behavior.

And there will be more.

By the way, you won’t be seeing this reported in the fake news media.

Here is the latest list from John Nolte at Breitbart News:

Reade claims Biden sexually assaulted in a hallway while she was working for him in 1993. According to Reade, Biden pinned her against a wall, shoved his hands up her skirt, and his fingers into her vagina. Reade has no fewer than five contemporaneous witnesses who say Reade told them about the assault at or near the time it happened. There is also video of Reade’s anguished mother calling into a 1993 edition of CNN’s Larry King Live desperately seeking advice for her daughter’s problems with a “prominent senator. ”

Biden denies the allegation but is refusing to open his archives at the University of Delaware where a copy of Reade’s sexual harassment complaint might be filed.

Tara Reade is a lifelong Democrat.

Flores is a Democrat.

Lappos claims Biden pawed at her during a 2009 fundraiser:

It wasn’t sexual, but he did grab me by the head. He put his hand around my neck and pulled me in to rub noses with me. When he was pulling me in, I thought he was going to kiss me on the mouth.

“Vail Kohnert-Yount alleged that when she was a White House intern in the spring of 2013, Biden ‘put his hand on the back of [her] head and pressed his forehead to [her] forehead’ when he introduced himself, and that he called her a ‘pretty girl,’” reports The Cut.

Kohnert-Younh was interning at the Obama White House at the time.

Former college student and sexual assault survivor Caitlyn Caruso says Biden placed his hand on her thigh for an uncomfortable amount of time.

Incredibly, this happened during a 2016 event on sexual assault.

This might seem like a small thing, but who puts their hand on the thigh of a woman who is not his significant other?

Hill says Biden got so handsy with her, her husband was forced to intervene:

Writer D. J. Hill told the Times that Biden moved his hand from Caruso’s shoulder down her lower back, which made her uncomfortable at an event, causing her husband to intervene.

In 2016, Sofie Karasek was photographed holding hands and touching foreheads with Biden at the Oscars, where she stood alongside 50 other sexual-assault survivors during Lady Gaga’s performance. It was a moment that soon went viral, and was described then by the Post as “powerful.” But in the Post’s report published this week, Karasek says she believes that Biden violated her personal space.

Ally Coll says she was made uncomfortable by Biden’s unwanted touching at a 2008 reception. He squeezed her shoulders and complimented her smile for an amount of time that made her uncomfortable.

Obviously, not all of these allegations rise to the level of assault. But these are not Republicans coming forward to accuse Biden. These are Democrats and women we can assume are at least left-leaning.

Like I said- it’s not looking good for Uncle Joe.

H/T Mark Sidney at We Are Biased Opinion Blog