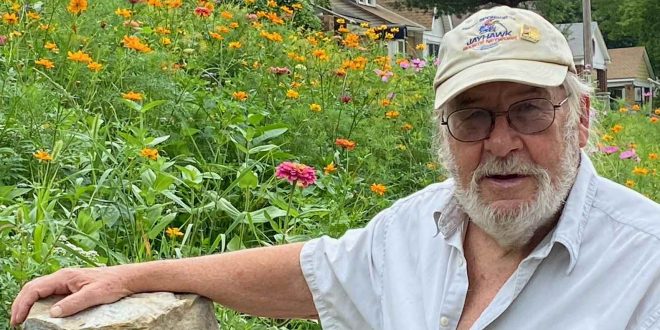 Kansas City, MO — In the Land of the Free, as TFTP frequently reports, attempting to use your own property in a manner that suits you but not the government, can and will land you in hot water. Dennis Moriarty offered up his life to preserve the ostensible freedom in this land yet he is now finding out that “freedom” under tyranny is not freedom at all. His “crimes” in this new tyrannical world? Planting a flower garden in his own yard.

Moriarty, an 80-year-old Army veteran who loves butterflies, spends his days looking out from his porch into his 1,500 square foot garden in his front yard. He loves this garden as he’s spent countless hours planting native plants to attract butterflies.

The garden consists of milkweed, coneflowers, culver’s root, buttonbush, and other native flowers that aid in attracting bees and butterflies. As KansasCity.com points out, however, this beauty comes with a price — thanks to government.

“It’s not only gorgeous, but beneficial, using less water than conventional grass, for one thing. Yet the city has ordered him to either cut it down or wind up in court. That’s because Moriarty’s flowers are several inches higher than the 10 inches allowed in the city code against common nuisance.

With all the challenges Kansas City faces — gun violence, homelessness, crumbling abandoned buildings, the lack of affordable housing, trashy vacant lots and so much more — we have one question: Huh?”

Despite actual crime running rife throughout the city, the code enforcers are out in full force to make sure 80-year-old vets don’t have tall flowers. So, after wasting tax payer money to stake out Moriarty’s yard and photograph what he thought were “weeds,” code inspector Leon Bowman told Moriarty that he has 10 days to cut these “weeds” or else.

If Moriarty doesn’t cut his flowers, he will be subject to fines and eventually — if he resists this extortion — a warrant will be issued for his arrest and he will be kidnapped and caged.

The codes used to go after an elderly veterans flower garden are KC MO ordinances:

Rank weeds means thickets or any vegetation which may emit noxious odors or any vegetation which is ten inches or more in height, including but not limited to grasses and unattended growths of other plants, bushes and shrubbery. Rank weeds shall not mean trees in excess of six feet in height, cultivated or attended trees less than six feet in height, or cultivated or attended plants, bushes or shrubbery.

Neither of these codes describe what Moriarty has in his front yard, but because his flowers are too tall, bureaucrats define them as a nuisance.

Sadly, Moriarty built the garden because he could no longer mow the steep hill in front of his home for fear of falling, so he “decided to plant it in wildflowers for the benefit of our environment and our ecology.”

But as the state is a soulless machine who owes its very existence to the monopoly it holds on violence, they do not care about the beneficial environmental impact or Moriarty’s health.

There is one ounce of hope in Moriarty’s fight against the system, however, and it’s his tweet that subsequently went viral, garnering him the support from folks across the world, including TFTP.

After it went viral, Mayor Quinton Lucas sent him a message promising him an unspecified resolution. Hopefully this resolution comes in the form of the government leaving this man alone.