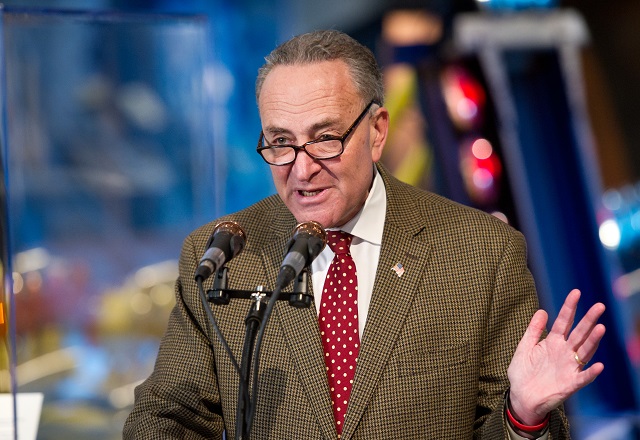 “Family members of unauthorized immigrants are now eligible to get stimulus checks under the $900 billion deal reached last night,” the Wall Street Journal’s Michelle Hackman reported Monday. “That eligibility is retroactive, so adults excluded last time could get up to $1800 now.”

Family members of unauthorized immigrants are now eligible to get stimulus checks under the $900 billion deal reached last night. That eligibility is retroactive, so adults excluded last time could get up to $1800 now https://t.co/UEyVqvPd4f

Mixed-status households, where some people are ineligible noncitizens, would get payments based on the number of eligible people in the households, as opposed to being shut out as they were in the first round,” the WSJ reported.

The consolidated appropriations package, which in total comes to some $2.3 trillion, contains $500,000,000 for Israel.

Israel is already slated to get $38 billion from the National Defense Authorization Act.

If this is not pure, in your face, naked corruption, I don't know what is.

On what planet is Congress living.

While average Americans struggle, politicians in Congress have just voted to send another $4 billion to wealthy Israel.

Israel currently holds $53.3 billion in US treasuries which they purchased with our money and now lend back to us with interest.

Americans are lined up at food banks across the nation but Israel needs another $38 billion to add to their reserves!

Other nations are also receiving millions in foreign aid

The gov't closes the economy. You lose your job. You face eviction.

There’s other piles of garbage included

While rejecting hazard pay for essential workers, refusing to assist desperate local governments and haggling down checks to ordinary Americans to $600, Congress more than doubled the budget for their own private boutique health care clinic. By @lhfang https://t.co/UpHcPY2ava

If you own a racehorse, the coronavirus stimulus legislation has a tax break for you pic.twitter.com/WauMijyfzP

The cloud computing bit will no doubt be well received by Amazon, Microsoft and Google, who are the biggest providers of cloud services.

Included in the pandemic relief bill currently circulating is another bill, the "Copyright Alternative in Small-Claims Enforcement Act of 2020," which allows Big Media to pull individual citizens into an administrative "court" to be held liable for copyright infringement. pic.twitter.com/HDNl8SuS8z

The bill is some 5,600 pages and it’s pretty much guaranteed our corrupt congress will just shove it right through.

We can expect a vote on a 5,600 page bill this evening. Can anyone read 1,000 pages in an hour? Asking for a few friends on the Hill and the American people.

Our ruling class are traitors.

The interests of the American people no longer factor in to any of their decisions and they’ll hardly even pay us lip service!

[This article has been updated and expanded with additional goodies from the bill. The headline was changed to clarify the checks reportedly going as high as $1,800 will go to households with illegals, who were rightly shut out from the previous stimulus.]