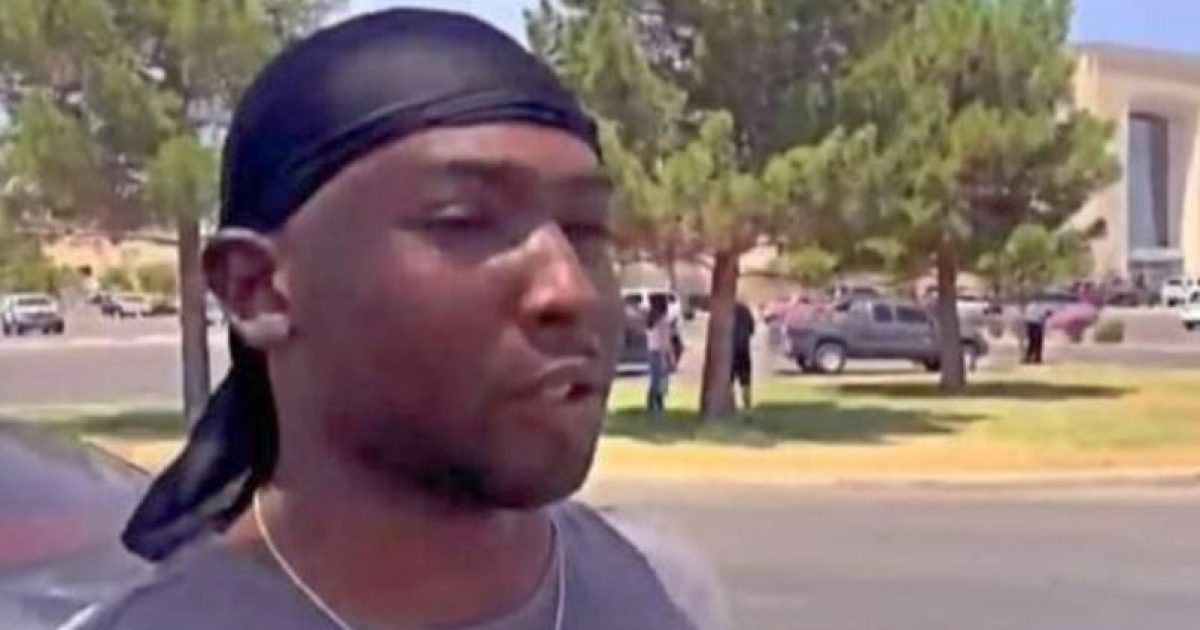 Army Specialist Glendon Oakley, a legal gun owner, stepped in during the mass shooting at the El Paso, Texas Walmart and saved the lives of kids.

The hero was at the mall when the shooting occurred and managed to bring many children to safety, as he explained to CNN.

“Take some time to honor this man. Army Specialist Glendon Oakley who saved many kids at The El Paso Walmart shooting.”

Take some time to honor this man. Army Specialist Glendon Oakley who saved many kids at The El Paso Walmart shooting. pic.twitter.com/wXuFV3Cmn4

OAKLEY: “I was in a sports store and a little kid runs in there and says there is an active shooter at Walmart, but me and the guy didn’t pay him no mind because he’s a little kid and I walked out and I go to Footlocker and all I hear is pop, pop, and all I know is think my gun to think fast and the Footlocker closed the cage and some people lifted it and they got so scared and they wanted to get out.

I seen a whole bunch of kids running out without their parents and I picked up as many as I could and another guy did as well.

I’m sorry, I’m shaking. I can’t think. And I just peeled out and I just hope the kids make it safe, man, because there were a whole bunch of kids without the parents and I was more worried about the kids than myself…

I’m in the military, and it feels different for me because we’re trained to — when you hear gunshots and pull out your weapon and think fast. I really wasn’t worried about myself.

I just picked up the kids and carried them with me and me and the other guy did and we made it through Dillard’s. I really wasn’t worried about myself.

REPORTER: What did you think about — what ran through your mind when you hearded shots?

OAKLEY: I’m in the military. It’s a feeling that you can’t explain, you know what I’m saying? You heart is — all you think is pull out your weapon and think fast.

REPORTER: Where were the kids —

OAKLEY: They were running around crying. Just running around and all I could think about was the kids. I think about it if my child, if I had one, what I would want someone else to do and I picked them up and the other guy did as well.

I couldn’t go back and — I tried my best — me and the other guy tried to get as many out as possible and that’s all that was. I couldn’t really do nothing.

Like Carmine said, Army Specialist Glendon Oakley is a hero.