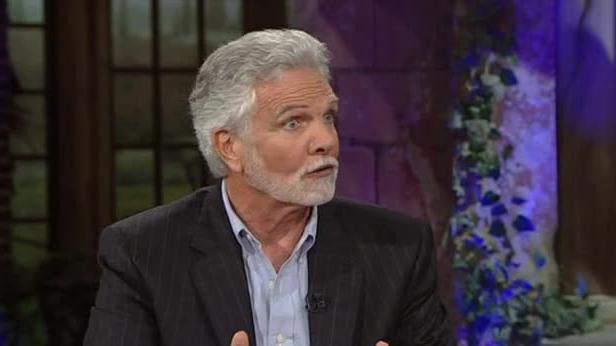 In 2011, John Paul Jackson warned that a “major storm is going to come to California” before the great earthquake that radically changes the geography of the state happens. He said that it would be “a hurricane of incredible force, or it is a storm of incredible force”, and that the storm would represent “a sign that God will give” to let people know that “the Big One” is coming. Up until now, we have not seen the sort of storm that John Paul Jackson warned about, and of course we have not seen “the Big One” yet either. But now a “bomb cyclone” has just hit California, and it is being reported that it “could rival some of the most intense storms on record for that part of the country”. And as you will see below, one meteorologist is even saying that California is “getting their version of a hurricane landfall” with this storm. Yesterday, I suggested that this “bomb cyclone” could be meant as some sort of harbinger, and if this is actually the storm that John Paul Jackson warned us about then everyone on the west coast needs to know about this as soon as possible.

Just so there is no confusion, I would like to share with you exactly what John Paul Jackson said about these things during one of his broadcasts in 2011…

“There is a an earthquake that has been predicted to devastate California. Meaning skyscrapers are going to fall that the shape of the United States will change after that earthquake. That won’t happen until after there’s a storm and major storm is going to come to California. It’s either a hurricane of incredible force, or it is a storm of incredible force. But a great, great hurricane, our incredible force is going to come to California, and the earthquake that destroys (California) will not happen until after that takes place. So there’s a way of saying, Okay, I have time, but that doesn’t mean it won’t be an earthquake tomorrow 7.5 you know, or next week or two weeks from now have some some magnitude. I’m talking to one that changes the shape of California where you don’t want to live in California, anywhere in California, but that happens or perhaps even the most of the most of the West Coast. Where an inland ocean is formed and and Baja becomes an island and the mouth of the inland ocean forms between between San Diego and Los Angeles. That is not going happen before that that storm comes. That is a sign that God will give this giving to the people- don’t worry about that big one. This sign will happen will happen first.”

If you would like to watch the video for yourself, you can find it right here.

Completing this poll grants you access to DC Dirty Laundry updates free of charge. You may opt out at anytime. You also agree to this site's Privacy Policy and Terms of Use.
So what we are watching for is a storm “of incredible force” that is either a hurricane or that has some of the characteristics of a hurricane.

Just like every hurricane that hits the United States, this “bomb cyclone” is spinning counterclockwise, and according to USA Today this absolutely immense storm will produce “100-mph wind gusts”…

A rare West Coast “bomb cyclone” is forecast to sweep into southern Oregon and northern California later Tuesday and into Wednesday, bringing 100-mph wind gusts to the coast and multiple feet of snow to the mountains.

“This is a unprecedented storm given the track and strength and will being very dangerous conditions to the area,” the National Weather Service in Medford, Oregon, said. “High winds and heavy snow is expected to impact the area.”

On the Saffir-Simpson hurricane scale, category 1 hurricanes produce sustained winds of between 74 and 95 miles per hour, and so this storm is definitely packing “hurricane-force wind speeds”.

In addition, the Washington Post is reporting that this “bomb cyclone” will produce waves up to 37 feet high, and up to four feet of snow will be dumped in the mountains…

Bearing witness to a storm that is forecast to come ashore at record strength and moving along an unprecedented track is about the only silver lining to be found in a powerful winter cyclone about to smash ashore near the California-Oregon border on Tuesday afternoon.

In the forecast stretching from Tuesday through Friday are plummeting temperatures, hurricane-force gusts that could reach or exceed 100 mph in some locations, giant waves of up to 37 feet, as much as four feet of snow in the Sierra Nevada and heavy rain in the lower elevations between San Diego and Salem.

Over and over again, the word “unprecedented” is being used in association with this storm, and the amount of precipitation that it is bringing ashore is definitely reminiscent of what one would expect from a hurricane.

Of course it is not officially a hurricane, but meteorologist Ryan Maue was not hesitant to publicly compare it to one…

While not a tropical system, Oregon and Northern California getting their version of a hurricane landfall today. Powerful “bomb cyclone” with wind gusting to 100 mph, heavy rain and mountain snows.

So is this the storm that John Paul Jackson saw?

Up until now we could always be confident that “the Big One” was not coming quite yet because the storm that John Paul Jackson warned us about had to happen first.

Has that now changed?

Needless to say, John Paul Jackson is not the only one that has warned us about the historic earthquake that will dramatically alter the shape of California. For much more on this, please see my previous article entitled “11 Prophecies Of The Giant Earthquake That Will Cause Large Parts Of California To Fall Into The Pacific Ocean”.

And what makes all of this even more alarming is that so many of the other elements of “the perfect storm” are coming together right in front of our eyes. It appears that America is about to be greatly shaken in a number of different ways, and most of the population is completely oblivious to what is about to happen.

There are a few of us that are trying to sound the alarm, but I wish that there were thousands of others.

Please share this article with as many people as you can. If this is the prophetic sign that John Paul Jackson told us to watch for, then time is rapidly running out for those that live along the west coast.