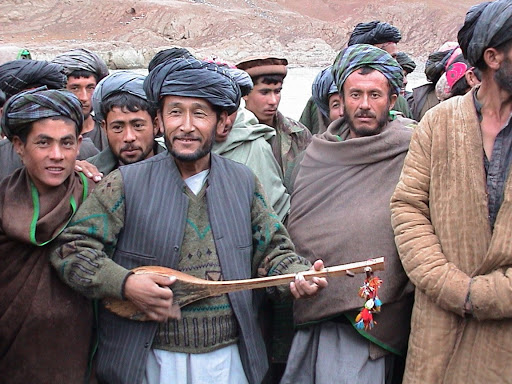 This past week in Britain, a 30-year-old Muslim “convert” went off the rails when a neighbor refused to allow him to marry his 11-year-old daughter. The man fully expected to be able to wed the child under Islamic law. How many other converts will be attracted to Islam as a means to feed their perversions, rather than as a spiritual journey?

What our military has to witness

A few years ago I met a US Army Lt. Col just back from Afghanistan with tragic stories of busloads of little boys being brought into mountain villages and “rented out” to local tribesmen. At the end of the day, the children were loaded back up and taken away, probably to another village the next day. Can you imagine seeing that and worrying about how safe your own kids are back home? What religion could possibly condone that behavior?

What is there in that religion that makes sexual aggression against children acceptable? How many men are drawn into it for that reason, and how many “converts” here in the US are using Islam as a cover for their darker proclivities?

It looks like our culture is moving towards the near-total devaluation of children and their innocence.

It’s been going on for quite a while, the sexualization of children. Abercrombie and Fitch memorialized seductive sleepwear for pre-pubescent girls…how could THAT go wrong? You can’t watch a movie with kids in it now without at least one of the main characters being sexually active. Entertainment today is a far cry from the old days of the Mouseketeers. Innocense was portrayed as a value, not scorned as it is today, even by other children.

BEWARE the FOREIGN SOLDIERS living in your midst

The child sex trade in America is feeding an appetite, but where did those cravings originate? Is supply creating the demand or the other way around? Once society goes from the strong condemnation of pedophilia to a wink and a nod, children are lost, and the court system soon follows social attitudes.

The migrant children arriving from Central and South America have a better than average chance of being molested or raped on their journey. For some families that is the price of the journey

Can a society that ponders taking a newborn child’s life to be that far off from normalizing pedophilia? If pedophilia becomes acceptable, one of the major social impediments to Sharia Law disappears. Men from other Muslim nations already have the mistaken idea that non-Muslim women are fair game for anything, and they are surprised when brought before a judge. A couple of weeks ago a Muslim rapist was released because the woke judge used the defendant’s cultural ignorance as a defense.

Swedish Doctor of Theology: Islam is Evil and It’s Time We Change Our Attitude

You can see the convergence of a major religion that practices pedophilia, a society with lowered social expectations regarding children, and a lenient court system that fails to see the necessity of protecting a child’s safety. There can be only one outcome.