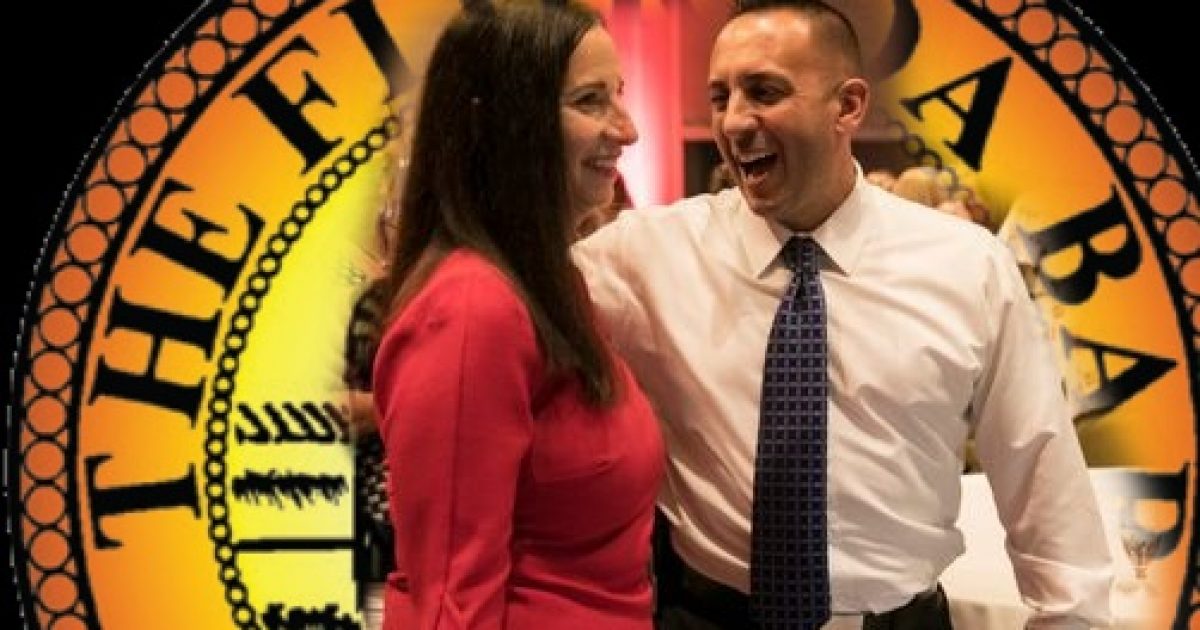 I have been reporting on the story of Deanna Williams, a woman who is at the center of what I have to admit is one of the biggest corruption scandals I’ve ever seen in my life. That story not only led me to expose the corruption of Lee County judges and attorneys, but even question the ethics of the attorney who bought the rights to sue her for profit, Scott Mager of Mager Paruas. From there, in the midst of reporting on the corruption in the Lee County court system, I had to report on the corruption and fraudulent claims of Lee County Sheriff Carmine Marceno, who was appointed last year to be sheriff and will be running for sheriff in his first election. That then led to pointing out Marceno’s very close ties to state attorney Amira Fox, who seems to be just as corrupt as Marceno. Would you believe it if I told you that both the sheriff and the state attorney had ties to the Florida Bar in a complaint Ms. Williams is making against a previous attorney she hired who stole $200,000 from her? I’ll bet you would, if you’ve been following my reports.

I say the last line about following my reports because it is clear that the Southwest Florida media is doing a great disservice to their people by failing to report the documented evidence concerning Carmine Marceno’s fraudulent education claims and his ineligibility to ever be a police officer for the years he was in law enforcement at Naples Police Department, Collier County Sheriff’s Office and Lee County Sheriff’s Office. He obviously had help getting to where he is today by corrupt people, which the media should be sniffing out, but instead, as anonymous sources have confirmed to The Washington Standard, they are busy in closed-door meeting determining whether or not they are going to report the news and present the documentation that people in the area are not only talking about, but questioning Marceno’s deputies about.

So, how did is the Florida Bar involved in all of this? Glad you asked.

Ms. Williams has been embroiled in a six-year battle with her previous attorneys who were supposed to be paid by Williams’ attorney Gloria Allred, who promised Williams she would pay her previous attorney’s fees once she reached a settlement. Because Allred failed to pay all previous attorney fees, Ms. Williams has had almost $600,000 of the settlement money promised to her stolen or “maneuvered” into the hand of either Scott Mager or another attorney brought in by Ms. Allred, Jonathan Heller. In the midst of that, her attorney G. Ware Cornell, who a Bar complaint is being filed against along with Mager, intercepted a $200,000 payment due to Ms. Williams.

When Ms. Williams attempted to get the money back through another attorney, Michael Chionapoulos, that attorney made an “error” and funneled another $200,000 to Mager of Mager Paruas. Though an affidavit is on file by Chionapoulus stating he didn’t do the job he was paid lots of money to do and actually read an agreement, he never followed through to see that Ms. Williams’ money was returned to her through the court.

This led Ms. Williams to go to the Lee County Sheriff’s Office and report a grand theft of $200,000 of her money by attorney G. Ware Cornell.

That then led to then-undersheriff Carmine Marceno approaching her on Facebook indicating he wanted to help her in the matter. Yet, his intentions became clear inside of two weeks that he was not out to give aid to a rape victim who was reporting grand theft, but that he was out to pursue her for a sexual relationship, something that, according to multiple accusers, Marceno has a history of engaging in. Furthermore, it should be noted that the Florida Department of Law Enforcement disregarded the unethical behavior of Marceno to claim they found no evidence of criminal activity by Marceno when Williams filed a complaint against him. And the Southwest Florida media never dug into why Williams filed the complaint and have never told the public that Marceno abused his authority to pursue her on social media for sex, ultimately dropping her grand theft complaint and in the process obstructing justice in the matter.

This then leads us to the link between Williams, Marceno, state attorney Amira Fox and the Florida Bar.

Finding absolutely no justice in the judicial system, the sheriff’s office or anywhere else for that matter, including FDLE, Williams sought to complain to the Bar about both Cornell and Mager. Specifically, she sought to file a complaint against Cornell for theft and Mager for his ethics, or lack thereof.

Who was appointed to Ms. Williams? Mike Fox. Who is Mike Fox? You guessed it, Amira Fox’s husband.

Why is this important? When Ms. Williams found out that Fox was assigned to take her complaint, she asked him if he knew Carmine Marceno, the sheriff of Lee County, the man that pursued her, impregnated her and then begged her to murder their unborn child, allegedly telling her that if she didn’t, she “didn’t know who she was f**king dealing with,” and that “there were other ways of ending a pregnancy besides abortion,” which she considered a threat.

Fox told Williams that he barely knew Marceno. However, Williams informed him of a conversation that Marceno and Fox had on speakerphone about a particular matter where they spoke like old friends. Immediately, Fox changed his story and Williams asked for another investigator due to the conflict of interest.

Does anyone think that Fox was assigned to Williams by coincidence? Not on your life.

In fact, it’s amazing that Fox would tell Williams he barely knew Marceno, considering all of the frivolities that Marceno and Fox’s wife have been engaged in from meetings to karaoke.

And look at how “chummy” they look together. I can’t believe for a moment Mike Fox didn’t know this guy well.

Oh, and she’s “Palestinian,” wink wink, and her real name is Amira Dajani, a fact that she has worked to conceal from voters in the GOP primary.

Amira Fox gets a pass on her crimes, but she was quick to have a state attorney candidate and US veteran arrested for exposing her ties to Islamic terrorist organization the Palestinian Liberation Organization.

But Mike Fox doesn’t know much about Marceno. Right!

I can’t believe that Fox wouldn’t wise up to her involvement with Sheriff Marceno, and neither could Williams. Yet, he is either oblivious to what is going on or he was attempting to cover up his involvement in why he was involved in investigating Williams’ complaint.

Now, another investigator is taking Ms. Williams complaint. However, the process seems to be not only long, but there seems to a problem in returning calls when he has set a time to do so.

The Washington Standard reached out to Bar investigator James Monroe for comment on why it was nearly a week after he informed Ms. Williams that he would call her to continue helping her file a complaint.

We were told that Mr. Monroe doesn’t speak to reporters about cases he investigates, which is fine if we were asking specifics about the case, but the question posed to him was why he was not following up in a professional manner as he stated he would.

“You can write what you want to write,” Mr. Monroe told The Washington Standard, which is eerily reminiscent of the words attorney Michale Chionopoulos said to the Standard when we asked about his malpractice towards his then-client, Ms. Williams that not only cost her fees owed to him, but $200,000 of her own money.

So, I have to ask, how did Mike Fox get assigned to Ms. Williams? Was it due to his marriage to Fox who knows about Marceno’s involvement with Ms. Williams? Did the Bar direct Fox to be the investigator? How was Mr. Monroe assigned after Williams requested a new investigator to take her complaint? In each instance, the Florida Bar has remained without comment.

This may seem to some people a bizarre thing, but considering what I’ve uncovered in Lee County in the judicial system and the corruption of Lee County Sheriff Carmine Marceno, which I’m sure is just the tip of the iceberg, these questions need to be asked. Unfortunately, the Southwest Florida media are only too happy to rubberstamp anything that “investigators” report that comes out about Marceno or Fox.

While all of those I’ve named above are doing quiet well, many at the expense of Ms. Williams, she continues to struggle on the verge of losing everything she has in this, including having her life in danger. She’s already lost her child. Is Florida going to sit quietly by and allow her life to be forfeit too?

If you are compelled to help Ms. Williams acquire an attorney outside the corrupt area of Lee County, she has a GoFundMe Page set up where that money will be used to retain an attorney ready to fight on her behalf. Click here to help.

For previous articles in this series: