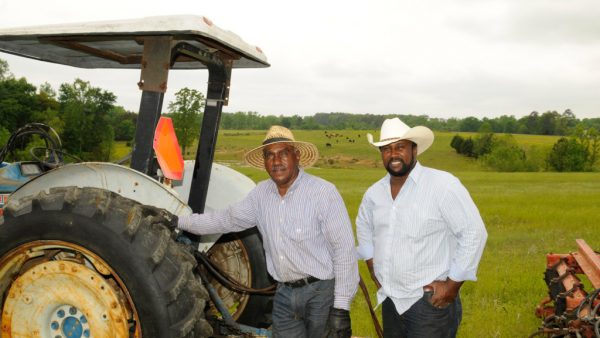 And here we go… America in 2021 is on the same path of Rhodesia to Zimbabwe. [Black Farmers Have Been Robbed of Land. A New Bill Would Give Them a “Quantum Leap” Toward Justice.: “This is the Black Farmers Civil Rights Act of 2020, and it’s long overdue.”, Mother Jones, November 2020]:

After the US Civil War, newly emancipated Black growers won a share of the agricultural landscape. They did so despite fierce backlash and the ultimately failed promises of Reconstruction. By the 1910s, around 200,000 Black farmers owned an estimated 20 million acres of land, mostly in the South. * That turned out to be a peak. Since then, due largely to lingering white supremacy and racist machinations within the US Department of Agriculture, the number of Black farmers has plunged by 98 percent. The remaining few managed to hold on to just 10 percent of that hard-won acreage.

A new Senate bill, called the Justice for Black Farmers Act, set to be released November 30, would mount a long-delayed federal effort to reverse the “destructive forces that were unleashed upon Black farmers over the past century—one of the dark corners of shame in American history,” lead sponsor Sen. Cory Booker (D-N.J.) told Mother Jones.

Co-sponsored with senators Elizabeth Warren (D-Mass.) and Kirsten Gillibrand (D-N.Y.), the bill would, among other things, create an Equitable Land Access Service within the USDA, including a fund that devotes $8 billion annually to buying farmland on the open market and granting it to new and existing Black farmers, with the goal of making 20,000 grants per year over nine years, with maximum allotments of 160 acres. It would also fund agriculture-focused historically Black colleges and universities as well and nonprofits like the Northeast Farmers of Color Land Trust to help identify land for the USDA to purchase, and “help new Black farmers get up and running, provide farmer training, and provide other assistance including support for development of farmer cooperatives,” the bill’s summary states.

If the land transfer sounds like a generous giveaway, consider that “we’ve done this before—we have seen massive land grants in US history,” Booker said. Indeed, the westward expansion of the United States was largely driven by land grabs followed by handouts. The 1850 Donation Land Claim Act delivered the Oregon territory to white US settlers in 320-acre chunks. The biggest of them all was the Homestead Act, signed into law by Abraham Lincoln in 1862, which ultimately delivered about 270 million acres—about 10 percent of the US land base—to smallholders.

The Justice for Black Farmers Act’s much more modest proposal would amount to an “equitable balancing of the scales after decades of systematic racism within the USDA that disadvantaged Black farmers, excluded them from loans and other programs, [and] prevented them from holding on to their land,” Booker said.

The 19th century’s great land transfers, which generated trillions of dollars in wealth for beneficiaries and their heirs, “effectively precluded African Americans from participating,” said Thomas Mitchell, a law professor at Texas A&M and 2020 MacArthur fellow, who participated in the bill’s drafting. Meanwhile, the near-complete wipeout of Black farmland ownership since the early 20th century—driven largely by racist federal and state policies—represents a transfer of wealth from Black to primarily white Americans “conservatively” worth $300 billion, Thomas added. That handover contributes to a persistent racial wealth gap—today, the median white family is 12 times wealthier than its Black counterpart.

In addition to the land-grant program, the bill would create a Farm Conservation Corps, which would focus on young adults from socially disadvantaged communities with USDA-funded apprenticeships on farms, with the goal of providing “academic, vocational and social skills necessary to pursue careers in farming and ranching.” While the program would be open to anyone from a disadvantaged background, Black trainees would be given priority for land grants from the Equitable Land Access Service.

The obvious question: how did Americans ever eat without black farmers? Worse, why are majority black areas of America food deserts?

Why is it in the absence of white people, majority black communities can’t keep grocery stores/restaurants/convenience stores open?