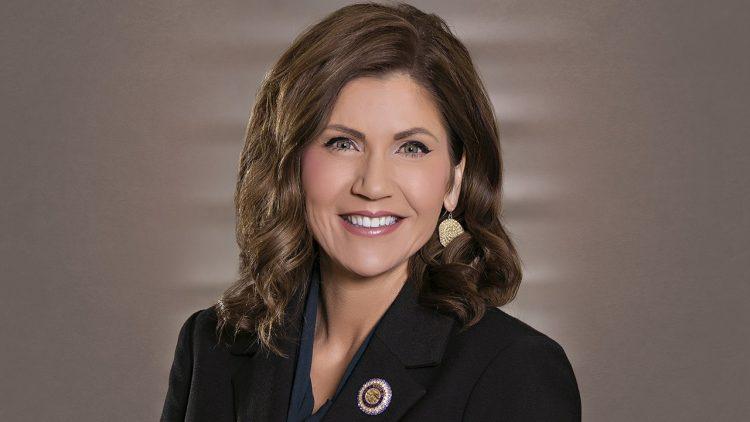 It’s interesting to watch women lead the men, which in the Bible is a judgment against a nation. From Shelly Luther to Lindsey Graham to South Dakota Governor Kristi Noem, they have stood their ground in the face of tyranny and I ask of the men in the united States, where are you standing? Some have obviously stood alongside these women and other men have taken a stand, but in the latest evidence that we are seeing against the tyranny of the scamdemic known as COVID-19, Governor Noem said that her position was to “give people their freedom,” and that means simply letting people be free to do what they do, open their businesses and go to work.

Noem said, “I think what we did here in South Dakota is really remarkable because we gave people their freedom.”

Kelen McBreen points out, “South Dakota was the only state in the nation that didn’t force businesses to close down and was one of only seven states that didn’t issue a “stay-at-home” order.”

“We let the businesses stay open, we let people go to work, we told them to be smart, and we also asked them to be personally responsible,” Noem noted. “And, we’re seeing benefits of that each and every day in South Dakota.”

“According to the national experts, did everything wrong,” Noem declared. “We did what the people on the ground saw. We aggressively addressed those situations and came out better for it.”

Unlike President Donald Trump, instead of praising herself, she praised the people she serves.

“So, I really think the people of South Dakota stepped up. They did the right thing and they trusted me. I trusted them and they made the right decision.”

Remember, this the governor of the state the houses Mt. Rushmore that is being attacked by anti-Americans.

When asked if there were any breakouts after her event, she responded, “No, actually we’re doing really good. We would have started to see that a few days ago, and we continue to decline.”

When asked what advice she would give to other governors, Noem responded, “Trust your people. Don’t lay down mandates that are going to hinder the ability that they need to really get through this difficult time. Trust them, give them the facts, let them make decisions that are right for their families.”

The obvious question to the people of the united States is this: Why is the only state that didn’t shut down businesses not experiencing a surge in cases and deaths, unlike the tyranny imposed in California and Texas?

Answer: The whole thing is a sham, and the American people are swallowing it… hook, line and sinker.