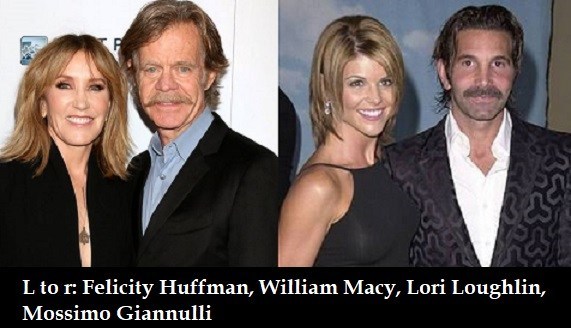 A friend, R., admonished and ordered me not to send him any posts on Sandy Hook after I sent him my January 8, 2019 post, “More evidence that Sandy Hook Elementary School had moved to Monroe, CT before the shooting massacre,” with documentary evidence from Wolfgang Halbig showing Sandy Hook Elementary School had moved to Chalk Hill Middle School in nearby Monroe, Connecticut, months before the December 14, 2012 mass shooting.

An aside: R., who was adopted as an infant by a childless German immigrant couple, recently learnt from a DNA-testing company that he is part Jewish, never mind the fact that we have good evidence that the results of these commercial DNA ancestry tests are unreliable. (See “DNA ancestry companies fake African ancestry for white people” and “Twins get some ‘mystifying’ results when they put 5 DNA ancestry kits to the test“.) R. actually said in an email before we ceased all communication, that he believes it’s his Jewish ancestry that accounts for why he’s so smart and got a Ph.D., whereas his (adopted) parents never went to college. Curiously, his dumb but hardworking and frugal parents managed to accumulate considerable financial assets from owning and operating a small business.

This post is about a very real conspiracy — by very wealthy Americans conspiring to rig college admissions so that their children get into élite universities, not on their own merits, but via bribes and fake athleticism. To top it off, the ring leader of this very real conspiracy, William Singer, is Jewish.

Singer had already pleaded guilty and is helping the FBI gather incriminating evidence against his co-conspirators.

On Tuesday, March 12, 2019, 50 wealthy Americans — including Hollywood actresses Felicity Huffman and Lori Loughlin, were charged in the largest college cheating “conspiracy” ever prosecuted by the U.S. Department of Justice (DOJ). Below is the DOJ press release:

Dozens of individuals involved in a nationwide conspiracy that facilitated cheating on college entrance exams and the admission of students to elite universities as purported athletic recruits were arrested by federal agents in multiple states this morning and charged in federal court in Boston. Athletic coaches from Yale, Stanford, USC, Wake Forest and Georgetown, among others, are implicated, as well as parents and exam administrators.

William “Rick” Singer, 58, of Newport Beach, Calif., was charged with racketeering conspiracy, money laundering conspiracy and obstruction of justice. Singer owned and operated the Edge College & Career Network LLC (“The Key”) – a for-profit college counseling and preparation business – and served as the CEO of the Key Worldwide Foundation (KWF) – a non-profit corporation that he established as a purported charity.

Between approximately 2011 and February 2019, Singer allegedly conspired with dozens of parents, athletic coaches, a university athletics administrator, and others, to use bribery and other forms of fraud to secure the admission of students to colleges and universities including Yale University, Georgetown University, Stanford University, the University of Southern California, and Wake Forest University, among others. Also charged for their involvement in the scheme are 33 parents and 13 coaches and associates of Singer’s businesses, including two SAT and ACT test administrators.

The DOJ press release then describes three groups of conspiracies:

Below are the 50 individuals charged in the college admissions conspiracy:

The following defendants were charged in an indictment with racketeering conspiracy:

The following defendant was charged in a criminal complaint with conspiracy to commit mail fraud and honest services mail fraud:

The following defendants are some of the parents involved in the conspiracy, who were charged in a criminal complaint with conspiracy to commit mail and wire fraud:

If found guilty, here are the sentences for the above 50 defendants, based upon the U.S. Sentencing Guidelines and other statutory factors:

Star Political reports that the admission into Harvard University of David Hogg, a prominent anti-gun activist who became famous as a “survivor” of the Parkland school shooting on February 14, 2018, is now being questioned because: