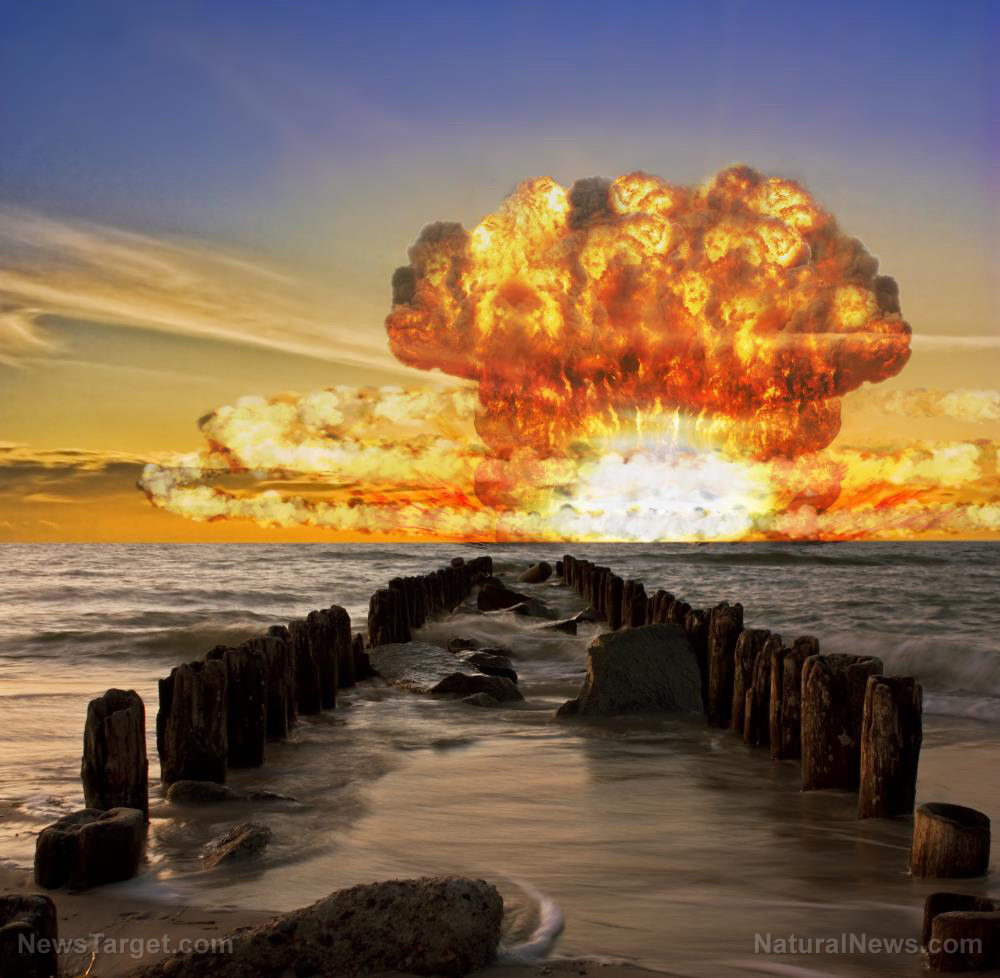 (Natural News) “Channel One,” a Russian state-run media outlet, ran a feature piece the other day outlining how easy it would supposedly be for Russia to “drown” the United Kingdom in a “radioactive tsunami.”

Aleksey Zhuravlyov, the chairman of Russia’s nationalist Rodina political party, explained during the segment that the Russian navy’s nuclear submarines could take out all of Great Britain with one single nuclear bomb.

“One Sarmat missile and the British Isles will be no more,” Zhuravlyov declared. (Related: Russia also says that the threat of nuclear war is very “serious, real.”)

Zhuravlyov’s statements were delivered following the UK military’s announced decision to support Ukraine in the ongoing conflict as opposed to Russia. Great Britain was among the first to proudly announce that it will deliver planeloads of weapons to Ukraine, including anti-tank systems and munitions.

After Zhuravlyov spoke, the “Channel One” segment transitioned to news anchor Dmitry Kiselyov, who described in further detail what a Russian submarine nuke launch would look like:

“It approaches its target at a depth of 1km at a speed of 200km / h. There’s no way of stopping this underwater drone. The warhead on it has a yield of up to 100 megatons. The explosion of this thermonuclear torpedo by Britain’s coastline will cause a gigantic tsunami wave up to 500m high.”

A clip of the segment is viewable below:

#Russia's state TV explicitly threatens to drown UK with a nuclear strike, the Sarmat missile, which is called the "Son of Satan." Or a thermonuclear torpedo, which top propagandist Kiselyov says on the air, "will turn UK into a radioactive desert." pic.twitter.com/UDomlAVcON

During what is now being described as the most provocative moment of the segment, the host went on to reveal the extent to which Great Britain will be left in ruin following a nuclear missile attack.

“Such a barrage alone also carries extreme doses of radiation. Having passed over the British Isles, it will turn what might be left of them into a radioactive desert.”

The panel began with a reaction to recent comments made by the UK’s Armed Forces Minister, British Defence Secretary Ben Wallace, who appeared to give his approval for Ukraine to strike Russian soil using UK-provided weapons if need be.

“Part of defending itself in this type of invasion is obviously where Ukraine will go after the supply lines of the Russian army because without fuel and food and ammunition, the Russian army grinds to a halt and can no longer continue its invasion,” he told BBC TV.

“They currently don’t have British weapons that could do that, so it’s unlikely that it is our weapons. We’re very unlikely to supply that to anyone simply because of the technology and also the scarcity we have of those capabilities. So it is very unlikely.”

The Western media is still promoting an anti-Russia narrative as well, claiming that Russian President Vladimir Putin has crossed a line by threatening to go nuclear if necessary.

“Without most people being aware of it, the world is entering its most dangerous period since the 1962 Cuban missile crisis,” writes Edward Luce for the Financial Times (FT).

“The majority under the age of 50 have grown up thinking the nuclear spectre is a relic of the last century. In the past few weeks, the prospect of a nuclear exchange has become the most live threat to this century’s peace.”

Several commenters over at Zero Hedge speculated that Ukraine could launch the first strike against Moscow, plunging the world into a third world war – this time nuclear.

More news about the escalating conflict in Ukraine can be found at WWIII.news.