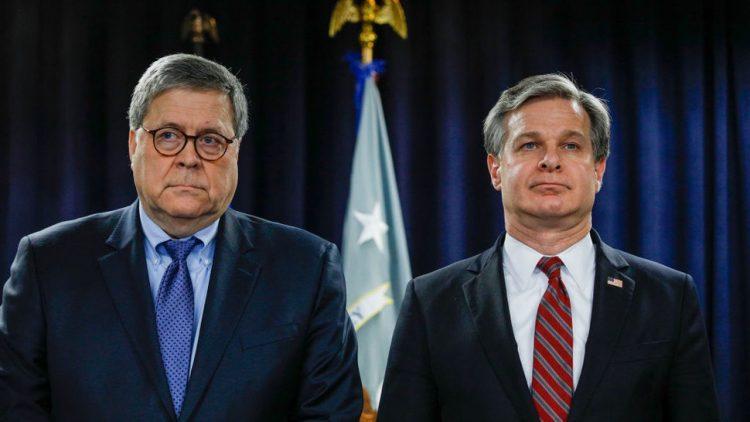 President Donald Trump is not draining the swamp. He’s propping it up, and the evidence coming out now suggests both his picks for FBI Director and Attorney General cashed in on the Hunter/Joe Biden Russia/China deal that’s been uncovered.

I provide these media clips to demonstrate that Trump has not kept his promise to drain the swamp, but continually propped it up with his appointments in the government. These are just two examples. There are a number of them.

However, while people are wondering why the FBI had Hunter Biden’s laptop for more than a year and a half before it all started coming out just weeks before the election, one should consider that this has all been planned.

On Friday’s Paine in the Morning, Mike Moore exposes the reason why the FBI covered up the laptop information for so long.

FBI Dir. Wray Profited from Hunter Biden’s Illegal China/Russia Kickback Deal, per Records & High-Placed Feds. Is This Why the FBI Has Covered Up Hunter’s Laptop? Guess Who Else Cashed In on Hunter’s Deal? AG William Barr. A SWAMP PROTECTION RACKET.

Moore references the Tony Bobulinski interview on Tucker Carlson and then goes into the details of Wray and Barr’s involvement in the Hunter Biden deal.

Take a listen (WARNING: Some language)

TRENDING: As Expected, Trump DOJ Let’s Hillary Off The Hook: “Finds Nothing”

Here’s podcast 25 mentioned in the podcast above.

Trump claims he’ll fire Wray if he wins re-election. Why not now? Isn’t he still president for a few more months? Yes, he is! He’s enabling the corruption by leaving him in place.