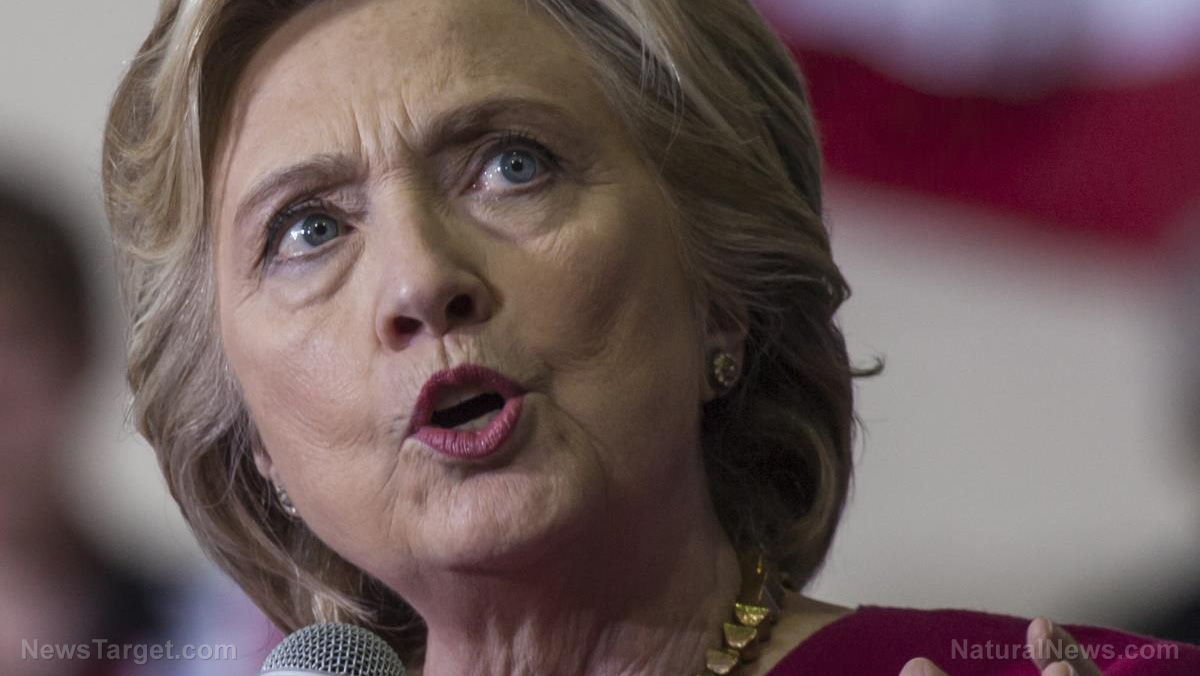 (Natural News) The Butcher of Benghazi, also known as twice failed presidential wannabe Hillary Clinton, has penned a new op-ed kissing up to Joe Biden in the hopes that, should he win, Biden will appoint Clinton to the role of Secretary of Defense within his administration.

The 5,000-word editorial was published in a scarcely read periodical called Foreign Affairs that, despite being largely unknown, holds sway in foreign policy. In it, Clinton fantasizes about having a role at the center of a Biden administration, seeing as how she will never be president herself.

“For decades, policymakers have thought too narrowly about national security and failed to internalize – or fund – a broader approach that encompasses threats not just from intercontinental ballistic missiles and insurgencies but also from cyberattacks, viruses, carbon emissions, online propaganda, and shifting supply chains,” Clinton wrote.

“There is no more poignant example than the current administration’s failure to grasp that a tourist carrying home a virus can be as dangerous as a terrorist planting a pathogen. President Barack Obama’s national security staff left a 69-page playbook for responding to pandemics, but President Donald Trump’s team ignored it, focusing instead on the threat of bioterrorism.”

In usual Clinton form, the projection is strong in her article. Clinton blasts continued U.S. reliance on China, for instance, even though it was her party and her administrations that sold our country down the river to advance globalism. And again, ironically, it is Trump who has pushed to cut ties with China throughout his time in the White House.

If appointed within a Biden administration, Clinton’s plan to “modernize” the U.S. military would involve laying off massive numbers of military servicemen and servicewomen, something that would probably not go over so well with the average American voter.

“No one should pretend that every defense job can be saved or replaced,” Clinton warns about her policies. “Cutting hundreds of billions of dollars in military spending over the next decade will inevitably inflict a painful toll on families and communities across the country.”

Keep in mind that slashing the military budget and laying off servicemen and servicewomen is not exactly a winning party platform, seeing as how The Atlantic was caught spreading fake news about Trump concerning this issue to try to sow division between him and his traditional base.

With that said, Clinton is somehow of the persuasion that proclaiming her ideas to the world will work, and is essentially begging Biden for a job, should he win. And once again, Clinton does not stand a chance in Hades of ever reentering the White House, as she is widely despised by both Republicans and Democrats.

“The prospect of Hillary resuming her role at the center of federal government is enough to terrify anybody – including many Democrats,” notes Baxter Dmitry, writing for NewsPunch.

“The idea of voting for Joe Biden and waking up with Hillary Clinton will send chills up the spine of even many Democrats, to whom both Clinton and Biden represent an old, tired, globalist worldview at odds with ‘progressive’ or even populist Democrat trajectory.”

It remains to be seen if even Biden will take Clinton seriously in her not-so-subtle request for reappointment in his potential administration. Based on their past dealings with Benghazi and likely many other scandals, the chances are slim, to say the least.