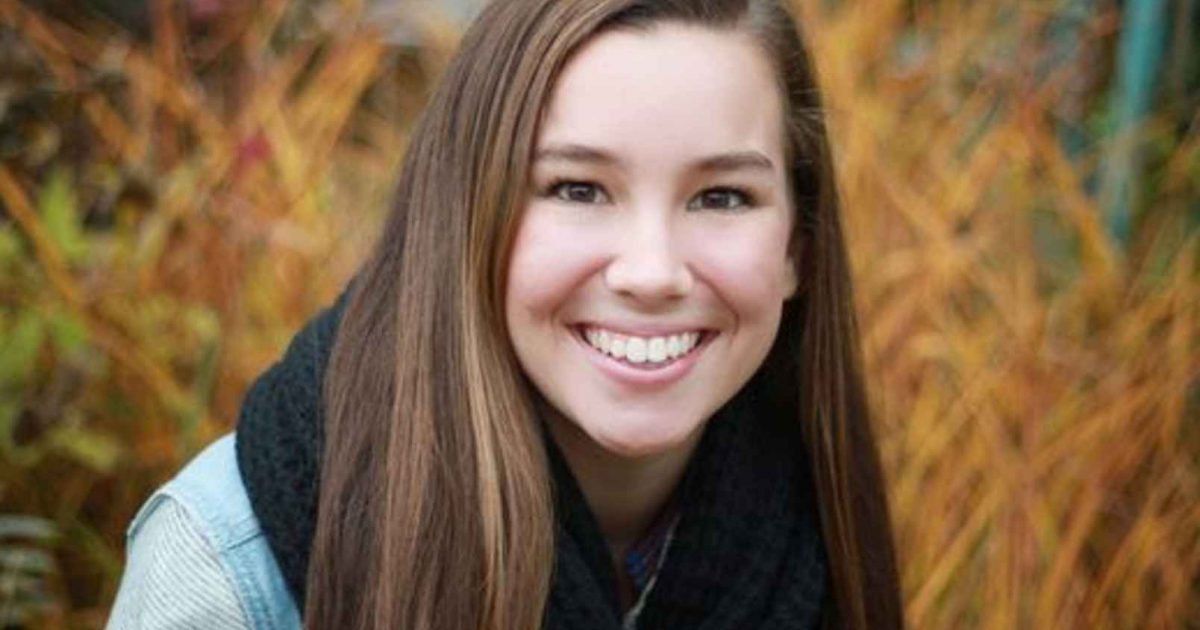 In July, as the left chanted “Abolish ICE,” calling for the end of immigration enforcement, a Mexican illegal abolished Mollie Tibbetts. The two stories came together in August as Cristhian Bahena Rivera led law enforcement to the body of the 20-year-old college student that he had buried in a cornfield.

On the same day that Mollie was murdered, the House voted on a resolution supporting the Immigration and Customs Enforcement agency (ICE) for fighting to keep Americans safe.

34 Democrats and one “Republican,” Rep. Justin Amash, an anti-Trump fanatic who votes with the Dems where it counts, voted against ICE and immigration enforcement. 133 Democrats voted “Present,” including Pelosi and Hoyer. Only 18 Democrats voted in support of H.Res. 990.

Rep. Steny Hoyer, the Dem Minority Whip, called support for ICE a “sham and a distraction” from the more important issue of “the safety of those who come here seeking asylum.”

But there was no asylum for Mollie and other American women from the illegal migrant murderers.

Senator Elizabeth Warren, one of the first to call for abolishing ICE and replacing it with a pro-illegal organization, responded to Mollie’s murder by gazing blankly at the camera, and saying, “I know this is hard” for her family and people in Iowa, but that the “real problems” lie in the suffering of illegal aliens.

The real problem is that there still aren’t enough illegal aliens in America. At least not enough to assure a charmless, corrupt crony socialist fraud like Elizabeth Warren a clear shot at the White House despite her otherwise stellar standing in the Politburo. Twenty, forty million more illegals and then it’s over.

That’s why to the Democrats, the emotions of an illegal alien are worth more than Mollie’s life.

That’s why Mollie, and so many women and girls like her, have ended up in cornfields, in alleyways, in cars, choking to death, lying in pools of their own blood, and then buried under the earth.

#AbolishICE means abolishing not only their lives, but the horrifying truth about why they died.

After a month of Mollie smiling broadly from missing persons posters and television broadcasts, volunteer search parties tramping through Iowa, the FBI and the media hounding a local farmer, a reward that grew to $400,000, the mystery turned out not to be a mystery at all. The psychology student had met the same fate that had overtaken so many other women across America.

Mollie joins a posthumous sorority whose members include: Kate Steinle, shot to death on a San Francisco pier while her illegal alien killer got away with his crime, Adrienne (Levine) Shelly, the actress behind the indie hit Waitress, hung while still alive and left to die by an Ecuadorian illegal alien construction worker hired to work in her building, Mariah Lopez, a 13-year-old girl beheaded near an Alabama cemetery, Ann Farrin and Neidy Roche, their strangled bodies found in a car in Miami, and now, even as Mollie’s body was just found, Enedelia Perez Garcia, dead of multiple stab wounds in Minnesota, but whose killer, a Mexican illegal alien deported in 2012, is facing an ICE detainer now.

On July 18, as the Mexican illegal alien was abolishing Mollie and burying her body, his political allies wearing #AbolishICE shirts were screaming hate outside ICE offices in Philadelphia, New York, Miramar and many other locations. In Portland, leftist protesters beheaded an effigy of President Trump at an Occupy ICE event in front of a sign reading, “Brick by brick, wall by wall, we will make the borders fall.”

“Off with his head,” the pro-alien and anti-American mob shouted.

Rivera didn’t chop of Mollie’s head. But he did kill her just the same. And open borders made it happen.

There are two flavors of open borders advocacy. The honest kind is expressed at rallies calling for the end of borders. The dishonest kind keeps the flow of illegal aliens coming disguised in security theatre about meaningless enforcement provisions that have more holes in them than a shredded sieve.

As Molly was dying, the leftist mob in Philly demanded an end to PARS. The Preliminary Arraignment Reporting System gives ICE access to Philly’s criminal justice information in exchange for a fee. (The propriety of a local law enforcement agency funded by Federal grants charging a Federal agency an access fee is its own issue.) Access to systems like PARS allows ICE to deport criminals so they don’t murder more Americans.

The National Domestic Workers Alliance played a leading role in many of the pro-alien protests. Despite the “domestic worker” part of the name, it was founded and is run by Ai-jen Poo, the daughter of a Taiwanese neurologist, who graduated from Columbia with a degree in Women’s Studies.

Poo has all the trappings of leftist royalty, a MacArthur “Genius Grant,” is a Ford Foundation trustee, and has a fellowship from George Soros’ Open Society Institute. She attended the Golden Globes with Harvey Weinstein pal, Meryl Streep. Her husband, Tony Lu, works for the Immigration Advocates Network, another pro-illegal lefty org. Records suggest that the power couple bought and resold a $1.1 million property and a $995K one.

Also on the board of the NDWA is Anna Galland, the executive director of MoveOn.org, whose husband is a political science lecturer. The Galland family are a clan of leftist blue bloods going back generations.

The illegal alien lobby is a wicked gear in the leftist machine that runs the Democrat Party. And the wheels of the glamorous organizations, the fundraising dinners, the society events and the media adulation are greased with blood. When the waiters have cleared away the china, when the last of the sweet wine has been poured by the unctuous attendants, and the chandeliers in the ballrooms have dimmed, when luxury cars convey the last of the glittering limousine liberals back to their mansions; the bodies of women and girls like Mollie Tibbetts are left lying underneath the white tablecloths.

Their screams couldn’t be heard over the clinking of the silverware. The leftist elite stepped over their prone bodies on the way to the hotel lobby as they chattered about their plans for a progressive utopia.

And as the New York Times’ Walter Duranty said of another socialist regime and its killing fields, “You can’t make an omelet without breaking a few eggs.” And, as the socialist tyrant, he was propagandizing for, observed, “One death is a tragedy, a million is a statistic.”

Mollie’s death is a tragedy. And then it will become a statistic. She will join the ranks of the lost girls. The children who never grew up. The women who never became wives and mothers.

Her murder was never a mystery. It was only the media that had to pretend otherwise.

When a car plows through a crowd in London, New York or Paris, it’s not actually a mystery. The media must insist that it is. It must act as if it doesn’t know that the driver’s name will turn out to be Mohammed. And when that turns out to be the case, it must feverishly speculate as to whether his motive was drugs, mental illness or business problems. The true solution is an inconvenient truth.

When Mollie vanished, the media looked everywhere else. But the mystery was no mystery. It was a statistic. When a gun is shot in Chicago, it’s no mystery who pulled the trigger and why. When a girl goes missing in an area where native labor is supplemented by illegal aliens, it’s no mystery.

The media has built a gnostic world of mysteries around obvious crimes. But the only crime is that the open borders lobby has gotten away and is still getting away with the mass murder of Americans.

Mollie’s picture will never decorate the cover of Time Magazine, the way a fake news photo of an illegal alien smuggling attempt did. Rachel Maddow won’t squeeze a few saline drops out of her eye sockets while pretending to care. The former national security pros parading through CNN green rooms won’t bring up Auschwitz analogies as they do when ICE arrests the future killers of future Mollies.

Instead, the media will bury Mollie all over again in that cornfield. And when CNN, ABC, MSNBC, the Washington Post and the New York Times finish the work that her killer began, she will be a statistic.

If we let it happen.

Justice doesn’t just mean throwing her killer behind bars. It means bringing down the establishment that aided and abetted him, that is still marching and protesting to help killers like him murder girls like her.

The greatest monument to Mollie and to all the women and girls like her is not a tombstone, but a wall.