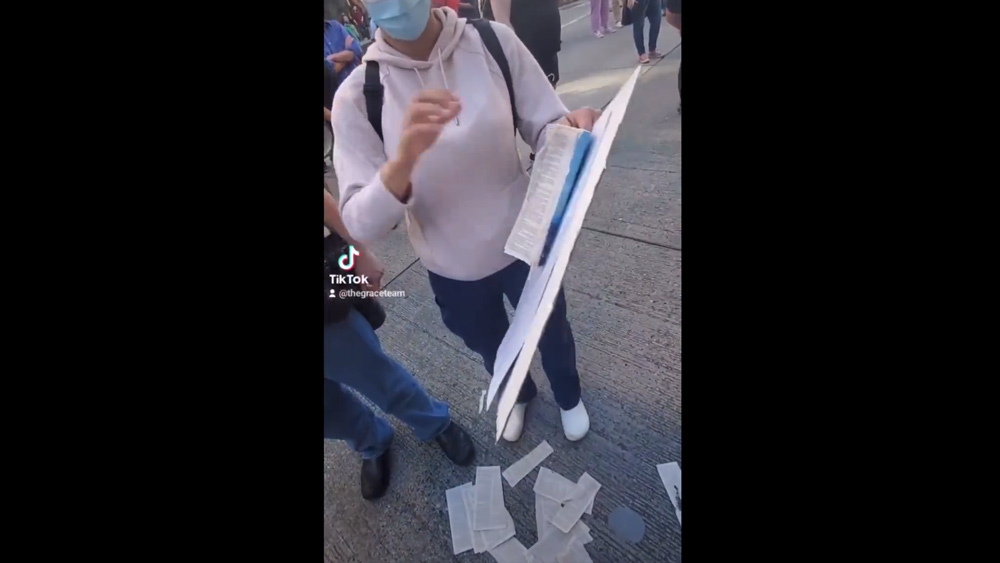 (Natural News) The baby-hating Left is having a meltdown over the Supreme Court’s recent decision to overturn Roe v. Wade.

Their claim is that unborn human life is just a meaningless “clump of cells,” and that the decision to terminate it is just now “reproductive health.” Is that really true, though?

Rather than take responsibility for one’s own health before getting pregnant, the screaming banshees fouling up America’s streets are demanding federally endorsed access to abortion clinics as a form of “birth control.”

True birth control means not getting pregnant in the first place if you do not want a baby in the picture. It is really not all that difficult. Why, then, are we being told that this is the end of the world for women, as if they somehow just get pregnant at random and need a legalized quick fix?

Almost every single media outlet in existence refuses to call a spade a spade. Abortion, we are told, is just “reproductive rights.” Ending an irresponsible pregnancy is just “women’s health,” they say.

“Every adult knows what abortion is: The killing of an unborn child while still in the womb,” reported AllNewsPipeline. “To reproduce is to create, not kill.”

There is nothing reproductive or healthy about murdering a baby

Perhaps they should call it destructive health, or repro-dump-it health.

Actually, to make it even more accurate, the word health itself would also have to get dumped. There is nothing healthy about a woman having her child ripped out of her belly and destroyed – and the process is certainly not healthy for the baby.

Women will always have the right to not get pregnant in the first place if they do not want children. Nobody is forcing them to get pregnant, after all.

Make no mistake: When you see the media write about ‘reproductive’ health or rights, what they mean is they want the ‘right’ to kill an unborn baby,” AllNewsPipeline pointed out.

“They won’t say that though because that terminology would make people think twice about supporting abortion.”

By cleaning up and trying to sugar-coat abortion language to make it easier for the public to accept, the media is actually engaging in pro-abortion activism. So much for honest journalism.

One of their latest tricks is to try to conflate miscarriage with abortion, even though the former is not done intentionally. These are two very different things with very different implications.

In no case are they getting Roe back, though, so eventually they are going to have to stop wailing in the streets and beating their fists in the air.

“How on earth did we get to a point in America where saving millions of babies’ lives is something to rage and riot over?” asked a commenter.

“They are more worried about murder than how our food supply is being eliminated,” said another.

Someone else said, without showing proof, that four pallets of bricks were dropped off in front of the Republican National Headquarters, which is located not too far from the Supreme Court building.

Another suggested that most of these woman do not need to worry about getting pregnant anyway, either due to looks or because they took the Wuhan coronavirus (COVID-19) “clot shot,” which probably already sterilized them.

The latest news about baby murder can be found at Abortions.news.