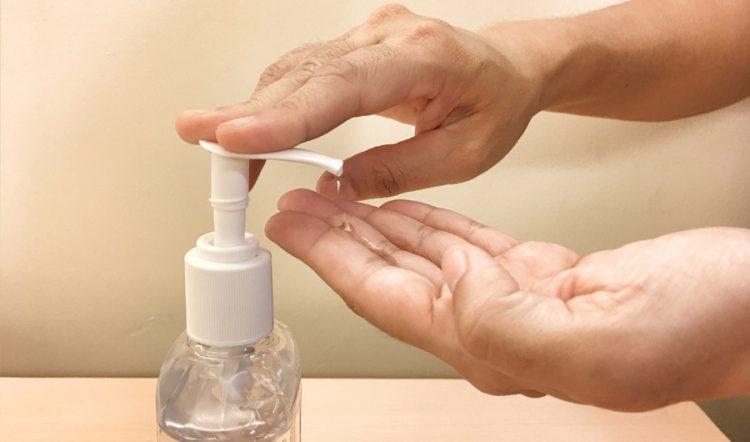 This past Saturday, The Sons of Liberty’s health and wellness expert, Kate Shemirani, and I discussed the issue of hand sanitizers, especially in this era of the COVID hoax. Shemirani warned of the toxicity of hand sanitizers and while some ignored the warning, it seems the criminal and unconstitutional Food and Drug Administration is not recalling 50 hand sanitizers. That’s right, the very ones approving of such things and endangering you as Americans are attempting to cover their corrupt backsides.

FDA is warning consumers and health care providers that the agency has seen a sharp increase in hand sanitizer products that are labeled to contain ethanol (also known as ethyl alcohol) but that have tested positive for methanol contamination. Methanol, or wood alcohol, is a substance that can be toxic when absorbed through the skin or ingested and can be life-threatening when ingested.

The agency is aware of adults and children ingesting hand sanitizer products contaminated with methanol that has led to recent adverse events including blindness, hospitalizations and death.

Methanol is not an acceptable active ingredient for hand sanitizers and must not be used due to its toxic effects. FDA’s investigation of methanol in certain hand sanitizers is ongoing. The agency will provide additional information as it becomes available.

Consumers who have been exposed to hand sanitizer containing methanol and are experiencing symptoms should seek immediate treatment for potential reversal of toxic effects of methanol poisoning. Substantial methanol exposure can result in nausea, vomiting, headache, blurred vision, permanent blindness, seizures, coma, permanent damage to the nervous system or death. Although all persons using these products on their hands are at risk for methanol poisoning, young children who accidently ingest these products and adolescents and adults who drink these products as an alcohol (ethanol) substitute, are most at risk.

FDA reminds consumers to wash their hands often with soap and water for at least 20 seconds, especially after going to the bathroom; before eating; and after coughing, sneezing, or blowing one’s nose. If soap and water are not readily available, the Centers for Disease Control and Prevention (CDC) recommend consumers use an alcohol-based hand sanitizer that contains at least 60 percent ethanol (also referred to as ethyl alcohol).

If that wasn’t enough, the FDA said they were “especially concerned” with “dangers of drinking any hand sanitizer under any conditions.”

TRENDING: Another Action Movie Star Speaks Out Against Gun Ownership

I kid you not!

If you are drinking hand sanitizer, that is really the least of your concerns. You need to seek some seriously mental health help.

Another thing the FDA said they were concerned with hand sanitizer was, “Products packaged to appear as drinks, candy or liquor bottles, as well as products marketed as drinks or cocktails because their appearance could result in accidental ingestion or encourage ingestion.”

According to the agency, “Children are particularly at risk with these products since ingesting only a small amount of hand sanitizer may be lethal in a young child.”

Again, I’m sorry, but I’ve never seen any hand sanitizer packaged that way and additionally since when are parents encouraging children to drink “hand” sanitizer?

Here’s the thing: The criminal FDA gets immunity on all products that it approves of and this instance of recalls demonstrates that the FDA is complicit in putting into the marketplace items that it now deems dangerous and deadly.

Their own website points to millions of people who have died from drugs they have approved, though they try and sidestep their involvement by claiming that they can’t be sure it was the drugs themselves that led to the deaths.

The Food and Drug Administration has updated its growing list of hand sanitizers that contain methanol, a wood alcohol substance that can be toxic when ingested or absorbed through the skin. And worse yet, sometimes the ingredient may not even be listed on the products.

When the agency began maintaining the list in June, all nine brands of potentially toxic hand sanitizer on it were made by the same Mexico-based manufacturer, Eskbiochem SA de CV.

Should consumers realize they’ve unknowingly acquired a hand sanitizer from the warning list, the FDA warns not to “flush or pour these products down the drain,” but instead immediately dispose of them in hazardous-waste containers.

Perhaps, people need to simply use common sense, which isn’t too common today, and a “buyer beware” sort of approach, as well as your Creator to everything rather than relying upon the beast to tell you what is safe, healthy or good for you.

This is just 50 more reasons why the FDA should be dissolved.