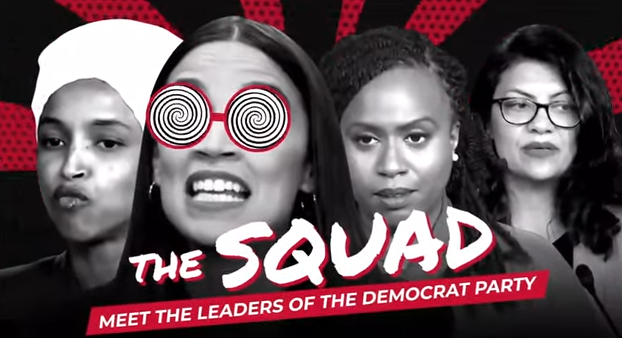 The Democrats have never confronted anyone like President Trump. It’s Trump or socialism in 2020. #Trump2020!

The 2020 Trump re-election campaign released a brutal new video on Friday slamming far-left Reps. Ilhan Omar (D-MN), Alexandria Ocasio-Cortez (D-NY), Rashida Tlaib (D-MI), and Ayanna Pressley (D-MA) over many of the recent comments they have made that have sparked national outrage.

The video starts off by showing President Donald Trump at his most recent rally correctly stating that Omar pleaded for compassion for men who were convicted of trying to join ISIS. Trump then hit Omar for saying that “ignorance is very pervasive in this country.”

After each claim that Trump makes in the video, the video cuts to where the congresswoman in question made the specific statement — or to news coverage of the underlying incident.

Trump moved on to Tlaib, noting her history of using foul language as an elected official and her recently resurfaced meltdown at a Trump campaign event in 2016.