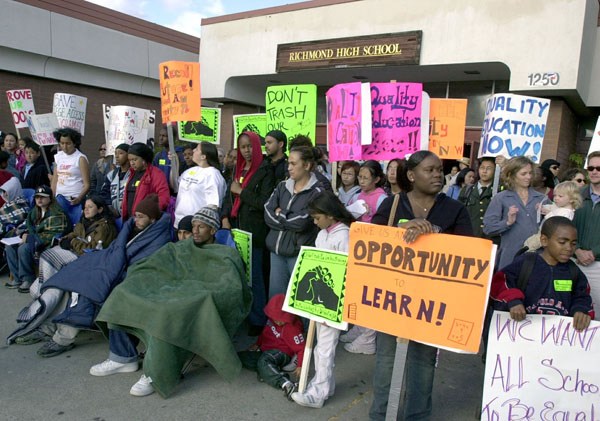 Recently, residents of the St. George area of southeastern Baton Rouge voted to secede and become an independent city. Residents fought a long battle because they wanted their own schools.

Critics claimed St. George was another example of “re-segregation.”

this is an interesting way for NYT to frame an effort to re-segregate Louisiana schools. pic.twitter.com/QGWdljbU4D

In a May 20, 2019 article called “The New Secession,” The Atlantic said “73 communities have split to form their own school districts since 2000, and the rate of places doing so has rapidly accelerated in the past two years.”

St. George isn’t the first breakaway from the Baton Rouge school district. Central became an independent city in 2005 and opened its own school district in 2007. It “now has one of the top school systems in the state,” says The Guardian. It is also overwhelmingly white.

Baker also seceded. However, “with a much higher percentage of poor and minority students,” it continues to “struggle,” according to Business Report.

Mainstream media, which furiously denounce race realists, seem to understand that a school district’s success depends on the number of whites.

The New Republic wrote that secession efforts create “cities designed to make schools whiter, while leaving everyone else behind.”

“[T]he smaller districts created through the secession process are usually whiter and have more affluent residents than the districts they leave behind, which are larger, have more non-white students, and more students in low-income or impoverished households,” explains Vox.

“Every time a white community jettisoned the county district, they left behind an increasingly nonwhite and poorer student body and put more pressure on the remaining white communities to follow suit,” said The Nation.

“The secessions are part of a trend of neo-segregation in which predominantly white and relatively affluent areas divorce themselves from school districts that are majority-minority and have greater poverty,” reported the Washington Post.

The unspoken premise is that access to well-off whites is a civil right. Whites must prop up “diverse” school districts. “Segregation,” like “racist,” is a word to shame whites into acting against their interests.

It’s unclear if integration even benefits blacks. Just days ago, the Washington Post reported that Shaker Heights in Cleveland, which worked hard to integrate schools, failed to close the “achievement gap.” “Anytime you break our data out by race, we look like two different schools,” said the district’s director of student data systems. Everywhere, races have different levels of achievement.

It’s not surprising whites are tired of going along with this “integration” charade. Even Little Rock schools, the most famous example of forced integration, are re-segregating.

In multiracial America, white parents have no good options. They can send their children to failing “diverse” schools. They can pay for private schools or suffer the opportunity cost of homeschooling, all while subsidizing public schools through property taxes. Or they can create their own school districts, but this means overcoming legal obstacles and media accusations of “racism.”

It doesn’t have to be this way. It wasn’t always this way. “Schools and the means of education shall forever be encouraged,” promised the Northwest Ordinance of 1787. The Confederation Congress passed this law before the Constitution existed.

Today, white Americans must fight their own governments to provide the “means of education.” Forced integration isn’t working. Whites want out. For now, secession is limited to school districts and cities. Yet in the long run, we will need not just our own schools but our own nation-state if we want our children to have a safe, prosperous future.

Mr. Hood is a staff writer for American Renaissance. He has been active in conservative groups in the US.