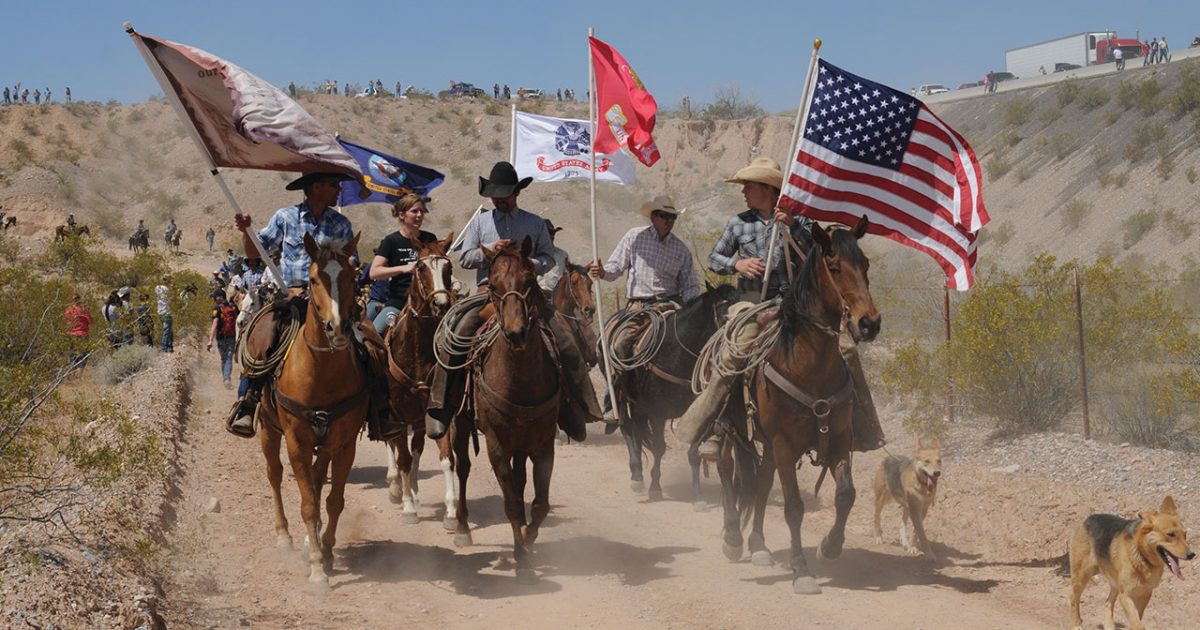 There is good news today, though it would only be sweeter if the individuals who engaged in the lawlessness that they engaged in were actually held accountable rather than the taxpayers they are supposed to serve. Nevertheless, a $60 million lawsuit was filed on behalf of two men who faced multiple charges in the 2014 Bundy Ranch protest against federal lawlessness in 2014.

Both Rick Lovelien and Steven Stewart are being represented by attorney Larry Klayman, who is also representing rancher Cliven Bundy in his fight against the Justice Department as they seek to overturn the dismissal of his trial and retry him again. Both many faced numerous accounts and were acquitted of all charges.

Klayman announced the filing of the lawsuit, which names federal prosecutors Steven Myhre, Daniel Schiess and Nadia Ahmed of the U.S. Attorney in Las Vegas, Nevada, as well as former FBI Director James Comey, former Director of the Bureau of Land Management (BLM) Neil Kornze, the FBI, and BLM as defendants.

The men claim that those involved sought to entrap them and then manufactured and used false evidence to indict them. We know for sure that the DOJ withheld exculpatory evidence in their trials too, as evidenced by Judge Gloria Navarro’s ruling to dismiss with prejudice the last Bundy Ranch trial due to multiple Brady violations on behalf of the prosecution. This wasn’t the prosecutor’s first time engaging in such crimes.

“The politically motived malicious prosecutions against my clients and resulting cover-up (which also includes Cliven Bundy and his sons) violated every norm of due process and equal justice,” said Klayman. “I am confident that the defendants will be made to pay dearly by the jury. This punishment will help deter government prosecutorial misconduct, which has now been sanctioned even by our current Attorney General!”

According to a press release by Klayman:

Lovelien and Stewart were charged for allegedly conspiring with Cliven Bundy and his sons to threaten federal agents at gunpoint during the armed standoff. The plaintiffs’ complaint, which was filed in D.C. federal court (case no. 18-cv-01869) alleges that the prosecutors, without any evidence, falsely entrapped, charged and then maliciously prosecuted Lovelien and Stewart for obstruction of justice, along with several other demonstrably false charges.

Lovelien and Stewart were then denied bail by a Senator Harry Reid and Obama-appointed federal Judge Gloria Navarro and were left to “rot” in prison for two years before they were finally tried. During this time, the plaintiffs allegedly suffered great emotional distress, physical harm, and financial damage. The complaint also seeks punitive damages.

The jury ultimately acquitted both Lovelien and Stewart based on the complete lack of any evidence that they had committed any crime, much less conspired with Cliven Bundy and his sons.

Later, at the subsequent trial of Cliven Bundy and his sons, which not coincidentally resulted in a dismissal of their indictment, it was also revealed that the prosecutors had hidden exculpatory evidence and their witnesses from the FBI and BLM had lied, under oath, both at the Lovelien/Stewart trial and the Bundys’ trial. Judge Navarro was thus forced to dismiss the supersedeas indictment against the Bundys. To this date, Attorney General Sessions has protected his prosecutors and taken no action to even discipline them. Recently, Sessions outrageously authorized them to appeal the Bundy dismissal.

Let’s see if the government is willing to settle this to keep from further embarrassing itself and robbing the people of their money to cover for their lawless actions.

As far as I’m concerned, the prosecutors in all of this should be facing criminal charges, but we all know the government is not going to prosecute them.