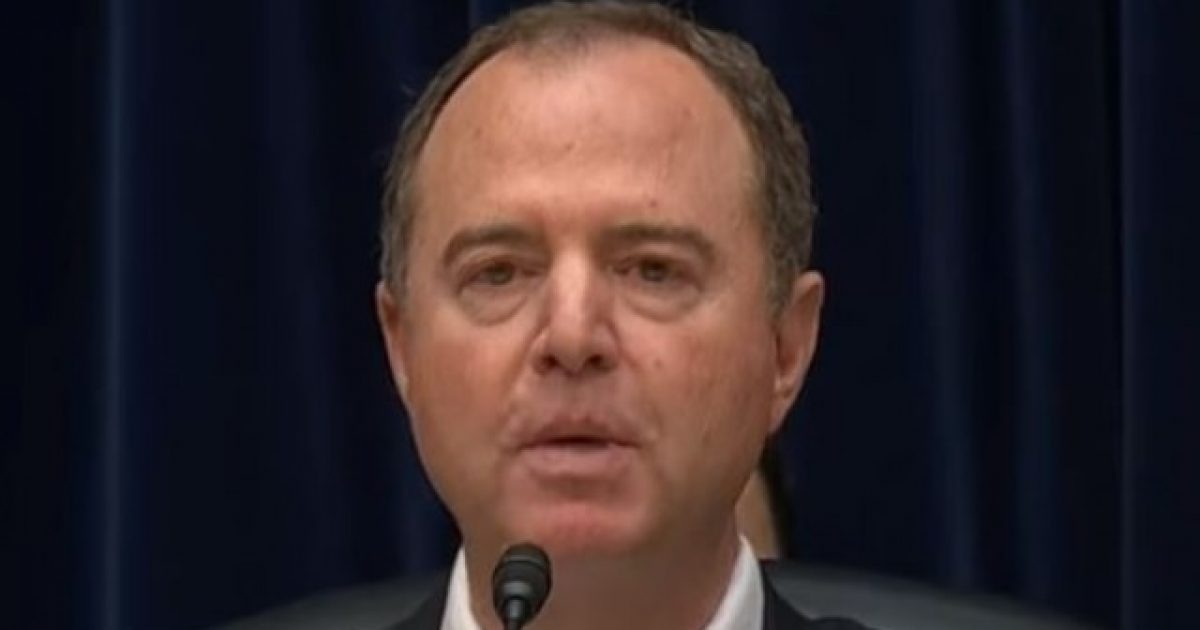 California Democrat Rep. Adam Schiff is aware that the whistleblower complaint against President Donald Trump is a bust.

If he thought he had something he would have started the testimony of the Director of National Intelligence on Thursday by reading it.

But what he decided to do was to create a fictitious conversation between President Donald Trump and the Ukrainian president that never happened.

The presidential oath of office requires the president of the United States to do two things. Faithfully execute his or her office and protect and defend the Constitution.

That oath cannot be honored if the president does not first defend the country. If our national security is jeopardized, if our country is left undefended, the necessity to faithfully execute the office becomes moot.

What does that really mean? The Founders were not speaking, of course, of a piece of parchment. They were expressing the obligation of the president to defend the institutions of our democracy, to defend our system of checks and balances that the Constitution enshrines, to defend the rule of law, upon which America was born that we are a nation of laws, not men.

It remains occupied by Russian forces in a long simmering war. Ukraine desperately needs our help and for years we have given it. On a bipartisan basis. That is until two months ago when it was held up in by President Trump. It is in this context, after a brief congratulatory call, and after the president’s personal emissary Rudy Giuliani made it clear to officials that the president wanted dirt on his political opponent, it’s in this context that the new president of Ukraine would speak to Donald Trump over the phone on July 25th.

It reads like a classic organized crime shakedown. In not so many words, this is the essence of what the president communicates.

“We have been very good to your country, very good. No other country has done as much as we have. But you know what? I don’t see much reciprocity here. I hear what you want.

“He has the whole weight of the American law enforcement behind him. I’m going to put you in touch with Rudy. You are going to love him. Trust me.

“You know what I’m asking. So I’m only going to say this a few more times. In a few more ways. By the way, don’t call me again. I will call you when you have done what I asked.”

Nope Rep. Schiff. You had to create a fake conversation because the real conversation does not say anything that you say.