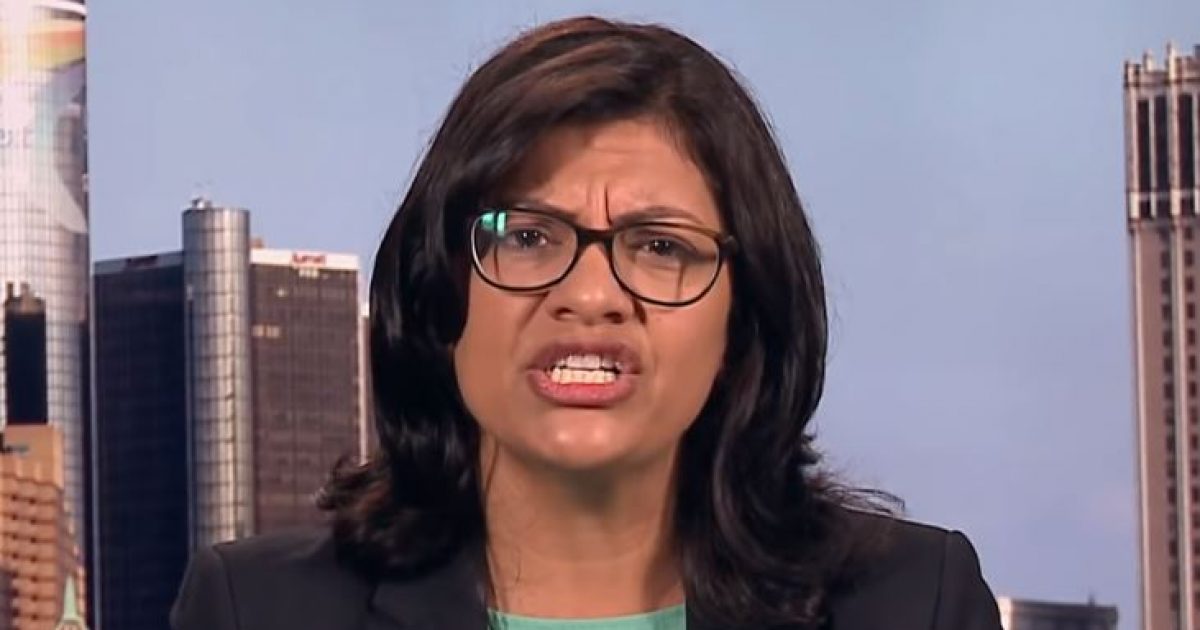 Michigan Democrat Rep. Rashida Tlaib, like every American, had very strong feelings of fear in the aftermath of the 9/11 terrorist attacks.

Unlike every other American, Rep. Tlaib, one of three Muslims in Congress, was afraid of her fellow Americans and not the terrorists.

The controversial representative, who stated about President Donald trump that she wants to “impeach that m****rf****r,” made the statement in an interview with “The Makers.”

“I was probably my second year in law school when 9/11 happened. And I was– I was really terrified of what was going to happen to my husband, who’s only a green card holder at the time,” she said.

“I immediately called my brothers and told them to be very careful who you hang out with, telling my sisters, you know, just be real careful out there, and being really afraid of my fellow Americans.”

“It really pushed me to be more involved, and I got really curious and really angry,” the representative said.

“And I think that combination got me, you know, in front of a number of issues in the city of Detroit,” she said, The Blaze reported.

Tlaib came under scrutiny earlier in April for defending comments that Rep. Ilhan Omar (D-Minn.) made about 9/11 during a CAIR conference.

In March, Omar seemed to diminish the horror of the 9/11 terrorist attacks, saying that the attacks took place because “some people did something.”

“[People] do that all the time, especially women of color, they take our words out of context because they’re afraid because we speak truth, we speak truth to power,” Tlaib said. “This is just pure racist act.

“My sister, Ilhan Omar, what she was talking about, was uplifting people by supporting their civil liberties and civil rights,” Tlaib added. “She has always, always condemned any strategy, especially of a person directly impacted by a refugee herself.”

Tlaib said that the criticism filled her with rage.

“The fact that people are taking [Omar’s] words out of context and endangering the life of Rep. Omar is immoral, it’s wrong, and it needs to be called out by many colleagues in saying they need to stop, stop targeting her this way,” she said. “It’s absolutely putting her life in danger.”

Rep. Rashida Tlaib says she was ‘afraid’ of Americans after 9/11: ‘I got really curious and really angry’ https://t.co/W0EGsy6cgk

Rashida Tlaib: I Was ‘Really Afraid of My Fellow Americans’ After 9/11 Terror Attacks https://t.co/LqmVR6wGmj

Man she is trying to outdumb her fellow rookies AOC and Omar!!?? Or just seeking attention?! Or both?!

@rashidatlaib So either she was afraid of herself or she has renounced her citizenship. If she has done so, she needs to leave the country and go fight for her precious palestine. I would bet she learns real fear there.

This article originally appeared at our friends at The Federalist Papers and was republished with permission.