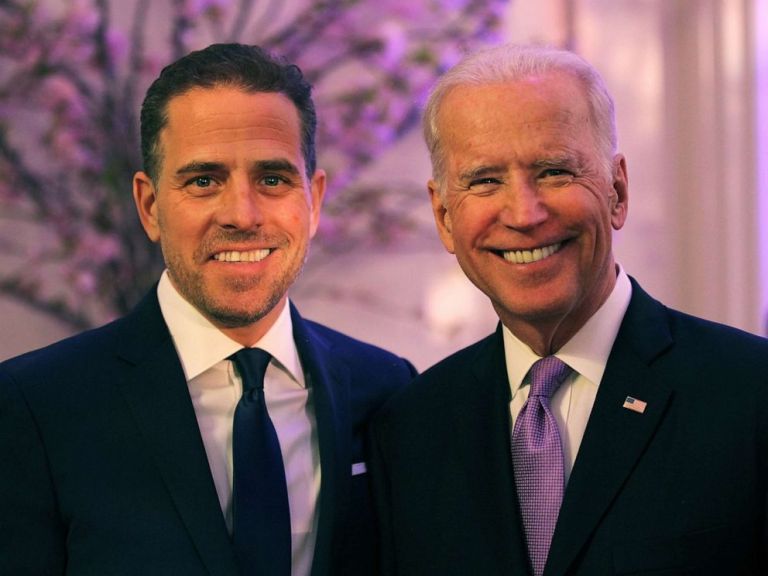 (TNS) After Democrats and deep state operatives put President Donald Trump — and the country — through four months of hell over false allegations that he sought some sort of illegal “quid pro quo” from Ukraine, a growing number of Republican senators appear set to let the real Ukraine grifters off the hook: Joe and Hunter Biden.

As reported by The Hill, there are some Senate Republicans who have vowed to get to the bottom of the extent of Joe Biden’s legitimate ‘quid pro quo’ — U.S. financial aid in exchange for firing the state prosecutor — and his son Hunter’s business dealings with Burisma Holdings.

That includes Senate Judiciary Committee chair Lindsey Graham (R-S.C.), who has said in recent days he plans to hold hearings for a change in order to get to the bottom of all things Ukraine and Biden.

But now that impeachment is over and the president’s been acquitted, The Hill notes there is a growing “split” in GOP ranks, with several top Republicans saying they’d just like to ‘move on’ now and get things ‘back to normal.’

A pledge to investigate the Bidens and Ukraine once the impeachment trial wraps is sparking divisions among Senate Republicans.

President Trump and top allies have homed in on former Vice President Joe Biden’s push to oust a top Ukrainian prosecutor and Hunter Biden’s work for Burisma Holdings, a Ukrainian gas company, as they’ve sought to counterprogram on the sidelines of the months-long impeachment drama.

Now, with the trial in the rearview mirror, that chatter is set to move to center stage as Republicans strategize over their next steps. Senate Judiciary Committee Chairman Lindsey Graham (R-S.C.), a vocal ally of Trump’s, is pledging “oversight.”

Other GOP senators are warning that it’s time for the Senate to move on after a weeks-long divisive fight that left scars on the chamber’s normally clubby atmosphere. [If that isn’t justification alone for term limits, what is?]

“I know there’s been some discussion about the Judiciary Committee taking a look at that. I think what I would like to see happen around here is a return to normalcy,” said Sen. John Thune (S.D.), the No. 2 Republican senator, in response to a question from The Hill about talk within the caucus about investigating the Bidens.

“People just kind of put their spears down and let’s get back to work and focus on I think what most people in the country think we ought to be doing,” he added.

Louisiana Republican Sen. Bill Cassidy noted that Graham may feel “obligated” to investigate Ukraine and the Bidens because he heads up the Judiciary Committee. But, he added, the chamber should focus instead on other priorities.

He also claimed that voters back home aren’t concerned about Ukraine or the Bidens.

“They are talking about … the cost of their insulin, they’re talking about the fact that the roads need to be built,” Cassidy said. “That’s what they’re concerned about. I think we need to speak to the American people’s concerns.”

Sen. John Cornyn (R-Texas), who is a member of Graham’s committee, said of a Biden-Ukraine probe: “I think an election is the best way to handle that.”

That doesn’t mean there aren’t any Republican senators who want to see the Bidens skate — again. As we and Sara A. Carter have reported, two of them — Sens. Ron Johnson of Wisconsin and Charles Grassley of Iowa — are digging in their heels and requesting documents, emails, and other materials related to Joe and Hunter Biden, Ukraine, and anything else remotely tied to Democrat chicanery in that Eastern European country.

Recently, both men sent a letter to the Secret Service requesting all travel documents regarding Hunter Biden. The senators sent a letter Wednesday to Secret Service Director James M. Murray requesting information “about whether Hunter Biden used government-sponsored travel to help conduct private business, to include his work for Rosemont Seneca and related entities in China and Ukraine.”

“The Committee on Finance and Homeland Security and Governmental Affairs (“the committees”) are reviewing potential conflicts of interest posed by the business activities of Hunter Biden and his associates during the Obama administration, particularly with respect to his business activities in Ukraine and China,” the letter said, according to Carter.

They asked for “Hunter Biden’s travel arrangements to conduct business related to his dealings in Ukraine and China, among other countries, while he received a protective detail. Please describe the protective detail that Hunter Biden received while his father was Vice President.”

Earlier this week, we followed up on Sara A. Carter’s report that Sens. Ron Johnson (Wis.) and Chuck Grassley (Iowa) had requested the National Archives search for all Obama-era documents focusing on communications between the White House and Ukraine.

The Hill added that a Republican aide said the two senators have been told the State Department and the National Archives have documents related to their requests and are expected to hand them over.

Graham, surprisingly, has been the most vocal about looking into allegations of corruption involving the Bidens and Ukraine.

“When this is over the Congress will do it, if we can’t have an outside entity do it. … I don’t want it to be Lindsey Graham, because it will be hard for me, but if I have to, I will do it,” Graham said late last month during a press conference.

He added in an interview with Fox News Radio’s Brian Kilmeade on Thursday that “the Bidens need to be looked at for what they did. There was an obvious conflict of interest. Hopefully … the Senate will perform that oversight.”

At the center of House Democrats’ impeachment claims was a “whistleblower” complaint that the president improperly held up military aid from Ukraine until that country agreed to launch a corruption investigation into the Bidens. But according to a transcript of the July 25 phone call between Trump and President Volodymyr Zelensky that the White House surprisingly released, that demand never took occurred.

Worse, outlets like The Hill state routinely that “fact-checkers have determined” that Joe Biden never acted on behalf of his son. But the facts on the ground certainly suggest otherwise. And what’s more, the Bidens seem to be getting the benefit of doubt, despite what the former Vice President said on video, but Trump didn’t.

Sen. Kevin Cramer (R-N.D.) said senators shouldn’t “turn a blind eye to corruption” but stressed that Congress’s focus should be on things that unite the country.

“As a matter of focus and emphasis and priority, we have a lot to do legislatively, policy-wise. … That ought to be where we focus, certainly as a body,” Cramer said.

Sen. Mike Braun (R-Ind.), who got a shoutout from Trump during a White House event on Thursday, noted that Trump’s legal team had made an issue of it during the trial, where they repeatedly brought up Hunter Biden and Ukraine, but that he had “no particular interest in it myself.”

Meanwhile, as Senate Republics dither, House Democrats have already said they’re ramping up new investigations into the president that, they claim, could lead to new impeachment charges.