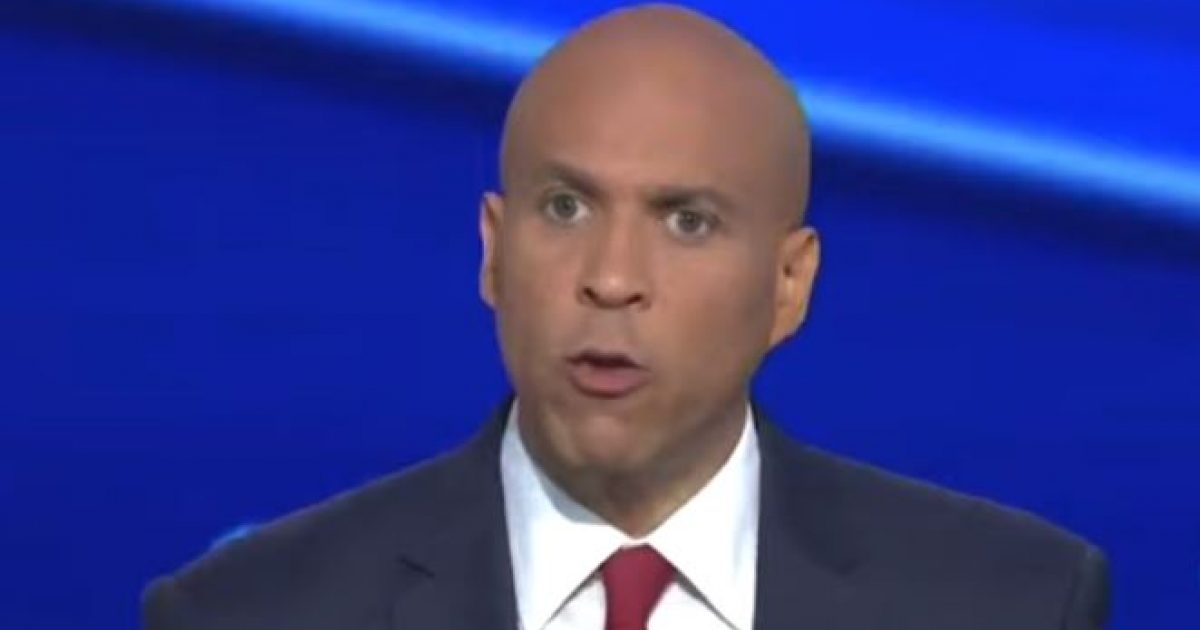 By Calvin Custis at The Federalist Papers

Many claimed that Booker “won” the debate by being the “happy warrior.” CNN certainly loved the performance he turned in.

That’s because Booker is facing increasing scrutiny over a political stunt he pulled to celebrate Independence Day, when he illegally and personally escorted five migrants across the border with Mexico.

The senator spent 4+ hours speaking w/ the asylum seekers at the Organización Internacional Para Las Migraciones (OIM) in Juárez prior to the border crossing. The action comes following the campaign’s statement to end the border crisis. https://t.co/t3nqwTyyA5 pic.twitter.com/t0AllW6d8B

The senator has made it through with the asylum seekers. They will receive proper care/protection at a shelter (not a detention center) here in the United States.

Keep in mind, this action is in open violation of federal immigration laws.

According to independent reporter Andrew Kimmel, the asylum seekers had been sent back to Mexico after applying for asylum as per the Trump administration’s Migrant Protection Protocols (MMP) program, which mandates that asylum seekers wait in Mexico as their asylum claims are processed. …

In defense of his actions, Booker told Kimmel and a group of other reporters Wednesday that he believes the five asylum seekers were “unjustly denied the ability to present themselves for asylum.”

That was patently false. The fact that they must wait for their asylum claims to be processed isn’t in any way, shape or form equivalent to them being “unjustly denied” the right to apply for asylum. …

“…I’m gonna fight for these five folks and do everything I can to see that they get fairly evaluated. This is a long process that they’re now engaged in and I’m gonna make sure my office does the right thing…” @SenBooker upon arriving across the border pic.twitter.com/PuFbu7p18d

“It’s given me a greater conviction, a greater sense of determination, to fix this broken system & to correct the horrible things that Donald Trump is doing from the exec. office. I believe the next president can transform this system to make it safer & stronger as a nation…” pic.twitter.com/ehVxOtSwaz

I asked @SenBooker if he heard of border patrol confiscating passports of some asylum seekers. He said he has not heard of any specific cases. However, it is something that is happening to many people being sent back, of which myself & others have heard from migrants first-hand. pic.twitter.com/3WoIXSAjMB

What do you think? Should Booker be arrested for violating federal law?

I doubt it will actually happen, but we’ll have to wait and see. Anything could happen.