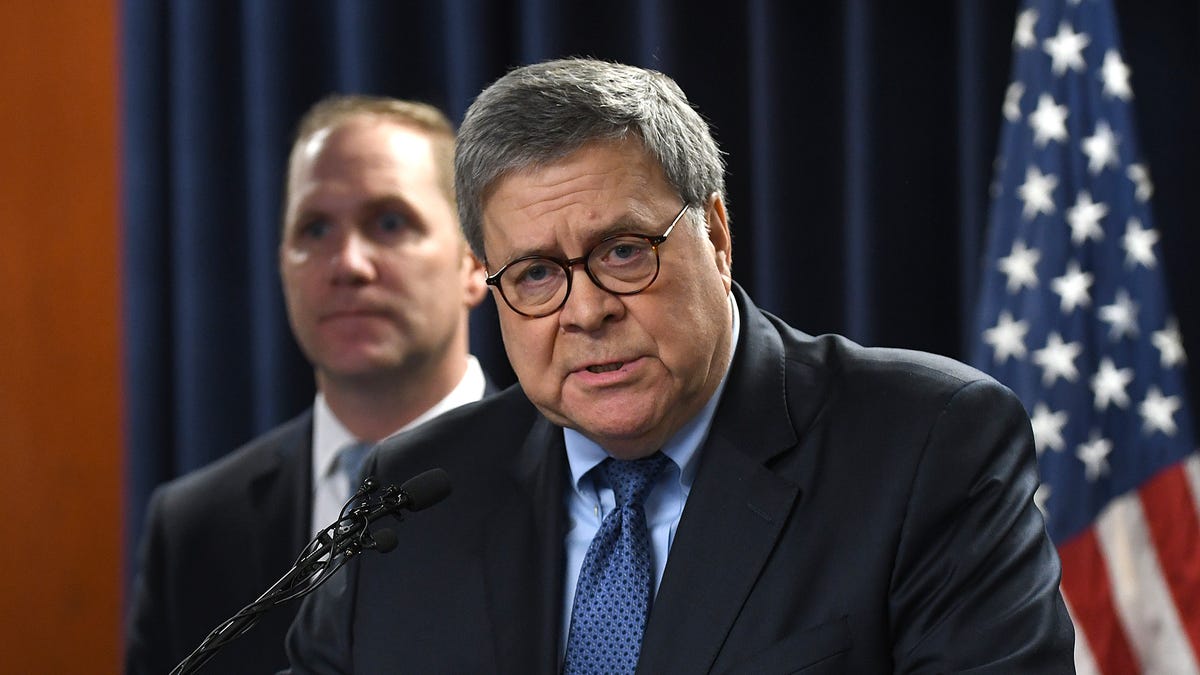 Today, Attorney General William P. Barr announced the launch of Operation Relentless Pursuit, an initiative aimed at combating violent crime in seven of America’s most violent cities through a surge in federal resources.

“Americans deserve to live in safety,” said Attorney General William P. Barr. “And while nationwide violent crime rates are down, many cities continue to see levels of extraordinary violence. Operation Relentless Pursuit seeks to ensure that no American city is excluded from the peace and security felt by the majority of Americans, while also supporting those who serve and protect in these communities with the resources, training, and equipment they need to stay safe.”

“The men and women of ATF are deeply committed to and focused on reducing crime gun violence in our communities,” said ATF Acting Director Regina Lombardo. “We are proud that our efforts have significantly contributed to the historic reductions in violence that our nation has realized in recent years. Operation Relentless Pursuit combines the resources of ATF, DEA, FBI, and U.S. Marshals to support our state and local law enforcement partners in those cities that – regrettably – continue to be plagued by rates of violent crime that are simply too high. Through Relentless Pursuit, we pledge to hold accountable the trigger-pullers, firearm traffickers, violent criminals and those who supply them the guns to terrorize our communities. ATF will aggressively utilize every available tool, including our crime gun enforcement teams, National Integrated Ballistic Information Network and firearms tracing to identify, investigate and support the prosecution of the most violent firearm offenders.”

“Drug traffickers – including cartels and street gangs – will stop at nothing to turn a profit, often using violence and intimidation to expand their reach,” said DEA Acting Administrator Uttam Dhillon. “This targeted surge of resources will further strengthen our ability to work with our federal, state, and local partners to pursue the worst offenders and make our communities safer.”

“The FBI remains committed to providing our specialized expertise and resources to assist our federal, state and local partners fighting violent crime,” said FBI Director Christopher A. Wray. “We are here today to reaffirm our dedication to reducing violent crime in the cities selected for Operation Relentless Pursuit to combat the threats that arise from gangs and criminal enterprises that drive violence in the communities we are sworn to protect.”

“The U.S. Marshals Service is proud of the integral role we play in supporting Attorney General Barr’s strong leadership and commitment to combating violent crime and enhancing public safety throughout our nation,” said U.S. Marshals Service Director Donald W. Washington. “We will continue to work with our local, state, and federal partners to make communities safer by addressing violent crime at its core and taking the worst of the worst fugitives and other felons off the streets.”

The operation will involve increasing the number of federal law enforcement officers to the selected cities, as well as bulking up federal task forces through collaborative efforts with state and local law enforcement partners. The surge in federal agents will be complemented by a financial commitment of up to $71 million in federal grant funding that can be used to hire new officers, pay overtime and benefits, finance federally deputized task force officers, and provide mission-critical equipment and technology.

Courtesy of US Department of Justice