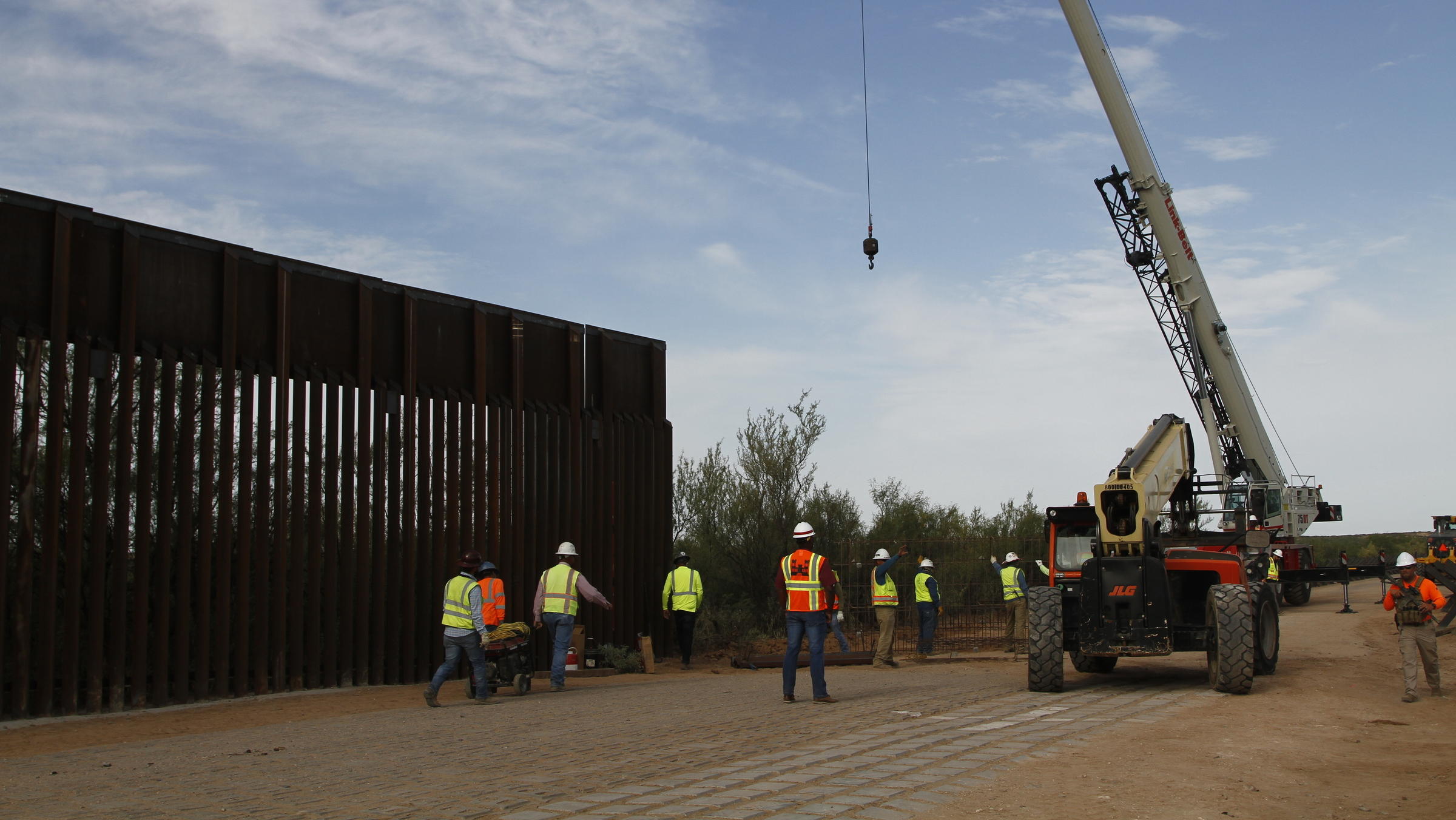 “Open borders and sanctuary cities are blurring the distinction between illegal immigrants and Americans, and activist judges are eroding the Bill of Rights.” Victor David Hanson, author of Mexifornia

Last October, the Yale Study exposed the latest numbers of illegal aliens inhabiting, working and living in America: the study showed between 22 and 25 million people live, work and play in America—without being citizens. They violated American borders and live in violation of our laws 24/7. Yet, Congress and even this president, do nothing to stop them. Federal judges do everything in their power to negate our laws as to arrest and deportation of illegal aliens. The ACLU also works against American citizenship.

Judges do nothing to sustain the laws already on the books: US Code 8, Section 1324, makes it a crime to employ, house or transport an illegal alien living within the USA. Fines: $2,000.00 per illegal hired and up to 5 years in prison. The American Civil Liberties Union thwarts our laws at every juncture. They must be the most Un-American organization operating in the United States.

Result: millions of employers lie, cheat and steal from the American taxpayer.

“Nearly 500 jurisdictions are now sanctuary cities, according to a group that’s tracked the issue for more than a decade, and who said there’s been a massive surge in the number of places trying to thwart federal immigration agents since President Trump’s election.

“The Ohio Jobs & Justice Political Action Committee has added more than three dozen new cities and counties to its list in 2017 alone, as jurisdictions rush to try to shield illegal immigrants from what they expect to be a new push for deportations under Mr. Trump.”

Additionally, an average of 300,000 pregnant illegal mothers birth their children on U.S. soil annually at a cost into the billions of dollars annually and over time as American taxpayers must pay for the births, food, schooling and medical for 18 years and beyond. No one in Congress will stop it.

Hanson said, “Multiculturalism has reduced the idea of e pluribus unum to a regressive tribalism. Americans often seem to owe their first allegiance to those who look like they do. Citizens cannot even agree over once-hallowed and shared national holidays such as Christmas, Thanksgiving, and the Fourth of July.

“It is eerie how such current American retribalization resembles the collapse of Rome, as Goths, Huns, and Vandals all squabbled among themselves over what was left of 1,200 years of Roman citizenship — eager to destroy what they could neither create nor emulate.”

More sobering, Speaker of the House, Nancy Pelosi (D-CA), celebrates illegal aliens, “These people are the future of America.” House member Maxine Waters (D-CA) supports Sharia Law and illegal immigration. She resembles a large mouth bass with a brain of equal intelligence. But they remain in power while we remain powerless to stop their open borders agendas.

In my Denver, Colorado city, we pay for schooling of kids with 178 different languages. We house over 300,000-400,000 illegals in our state. We pay for ESL classes that amount to nothing but a waste of money because those kids do not care to learn or speak English. They live on welfare while they disrupt education for American students. The last two Colorado governors mandated ‘sanctuary status’ for the entire state. Illegals run around as a protected criminal class. Even when they kill our citizens through drugs or accidents or outright executions, illegals enjoy immunity from our laws.

Hanson continued, “If a student cannot safely express opposition to abortion on demand, question the global-warming narrative, or object to safe spaces, trigger warnings, and race-based theme houses on campuses, does it matter that in theory we still have a First Amendment?

“We are unwinding at both ends. Tribalism, the erosion of the middle class, and de facto open borders are turning Americans into mere residents of a particular North American region between Mexico and Canada.”

Talk about unwinding, we’ve got Muslim lawmakers working feverishly to install their 6th century Sharia Law, which mandates women as ½ the value of a man, female genital mutilation of little girls, and the integrity of ‘honor killings’, acid in women’s faces, loss of animals rights, and virtually no women’s rights. In fact, Assistant District Attorney, Ed O’Callaghan, Feb 2, 2018, stated that America now features 23 to 26 honor killings in the USA annually, and 500,000 cases of FGM throughout the country. FGM stands as assault and battery, but it’s not enforced. In other words, we’ve lost the ability to adjudicate our own laws, and we’re relinquishing them to a barbaric religion out of the 6th century.

These same illegals register to drive cars and vote in California, New York and more states across the USA. Thus, your citizenship means less and less as their numbers grow more and more.

Each month, Congress imports 100,000 legal immigrants. Another 500,000 cross our borders illegally annually. Total: 1.7 million people mostly from third world countries. Congress gives them citizenship whether they can read, write or perform simple math, or not, which is mostly the case.

When it comes to citizenship, does anyone think that Minnesota House Member Ilhan Omar possesses anything in common with any American? Does she work for the betterment of America and Americans? Why hasn’t she been indicted for marrying her brother to defraud our immigration system, which has been proven, but no action taken? Is she the kind of citizen we want in our country? Do we want more of her? How about all those honor killings in the USA today? What kind of citizens practice that barbarism as Americans? Answer: Muslims never intend on become Americans. Or, FGM cases bursting out of the woodwork.

“Immigrants devoted to their own cultures and religions are not influenced by the secular politically correct façade that dominates academia, news-media, entertainment, education, religious and political thinking today,” said James Walsh, former Associate General Counsel of the United States Immigration and Naturalization Service. “They claim the right not to assimilate, and the day is coming when the question will be how can the United States regulate the defiantly unassimilated cultures, religions and mores of foreign lands? Such immigrants say their traditions trump the U.S. legal system. Balkanization of the United States has begun.”

What do we face in the end game of a projected addition of 110,000,000 (million) more immigrants invading America by 2050? What kind of educational systems will we see in the future? Can we educate those who lack the intellectual horsepower to learn? What do we do with the offspring of 25 million illegal alien parents?

Will our country uphold the rule of law or become a chaotic anarchy much like Baltimore, Detroit, Chicago, Los Angeles or Miami—where so many people lack any sort of education, citizenship or loyalty toward America?

You might want to think about the loss of value of your own citizenship, and soon, that of your children. I’ve seen enough of the third world to understand that once we cross over the Rubicon River with too much lawlessness that we tolerate—one day we won’t be able to save ourselves.

What to do? Call your Senator and House member: