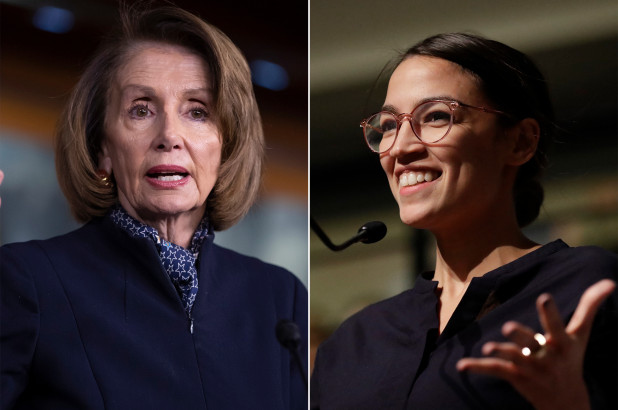 (True Conservative Pundit) House Democrats have been working on a weapons background check bill while attempting to keep a certain provision out of it. That provision would be to notify ICE when an illegal alien attempts to purchase a gun. Sounds like a good idea right? Nancy Pelosi and most other Dems don’t think so. Surprise! NOT.

This writer has to commend the House Democrats who crossed over and voted for this provision to notify ICE of an illegal attempting to purchase a weapon. Who in their right mind wants an illegal to be able get a gun?

After this stunning loss to the Republicans, the Democratic leadership was let’s say a little unhappy.

“220-209, House Republicans win a “motion to recommit” to amend the gun bill to ensure ICE knows when an undocumented immigrant tries to buy a gun.

Awkward defeat for Democratic leaders, who pushed for a NO vote; 26 Democrats voted YES anyway.”

220-209, House Republicans win a "motion to recommit" to amend the gun bill to ensure ICE knows when an undocumented immigrant tries to buy a gun.

Awkward defeat for Democratic leaders, who pushed for a NO vote; 26 Democrats voted YES anyway.

Twenty-six Democrats voted with the Republicans to require ICE to be notified when an illegal attempts to purchase a weapon.

Democrats were apparently sternly warned by Nancy Pelosi and AOC that this type of thing had better not happen again. After all, we can’t have Speaker Pelosi being embarrassed by her own troops right?

“NEWS … In closed mtg, @SpeakerPelosi & @AOC both warn against Ds voting with Rs on procedural votes

@AOC says she’ll alert progressive activists. @SpeakerPelosi: this is congress, not a day at the beach.”

NEWS … In closed mtg, @SpeakerPelosi & @AOC both warn against Ds voting with Rs on procedural votes@AOC says she’ll alert progressive activists. @SpeakerPelosi: this is congress, not a day at the beachhttps://t.co/gHcfvKznCw

Translation: so basically, all Democrats had better vote how Nancy Pelosi tells them to vote, or else. AOC will out them to her rabid and vicious Twitter army, and Pelosi can no doubt exact retribution in her own way – such as coveted committee assignments, who is “in the know,” and of course people Pelosi favors will be power brokers themselves and curry favor with others.

So the new Dem. House police force is in charge, and you Dems had better take notice.

Here is the real problem with all of this: with Pelosi basically saying everyone will do as she says or else, there is no loyalty to the people who elected these representatives whatsoever. The Democrats had better be loyal to Queen Pelosi or IT will hit the fan.

This is not how our government is supposed to work regardless of party. The people in Washington were elected to represent US – We the People. Since when did We the People hand over our sovereign power to Nancy Pelosi and AOC among others to misuse as they see fit?

Nancy and AOC pulled this intimidation act on their fellow Democrats while having accused President Donald Trump of tyranny? Hello, pot calling the kettle black. The real tyranny here is how Pelosi is choosing to run things in the House. This is supposed to be a representative form of government, and the representatives are representing We the People – that is what they are there for. In one fell-swoop, Pelosi has completely done away with that.

The Republic of the U.S. is to be governed through elected leaders that reflect the positions and opinions of the people that sent them there. Now we have the Democrats basically being told that what Nancy no-mind Pelosi decrees is what these representatives will endorse and vote for, period. Pelosi’s lapdog Chuck-you Schumer will do the same with the Senate.

The Democrats like to make reference to Trump and the conservatives along with their agenda as being a constitutional crisis.

It is the Democrats and their RINO allies (Politicrats) that are attempting to take down Trump in any way possible. It is also this same group that elected to weaponize various government agencies to meddle in Trump’s campaign, and then his presidency.

It is the Democrats who are seeking to circumvent the Electoral College so as to elect the president by popular vote. That way, most of the ENTIRE country will have NO say in who the president of this country is.

One last point as I have seen in the comments on my posts, that people seem to think that this attempt to invalidate the Electoral College is not that serious – because it would take altering the Constitution in order to validate this. WRONG! People elected to or appointed to the position of elector – CAN and HAVE voted for a candidate other than the person chosen by the voters, and it is in many cases completely legal. In the 2016 presidential election, 7 electors voted for someone else – instead of the person they were pledged to.

The next big event is likely going to be when the Mueller report is released. This could be an extremely serious event with huge repercussions for Trump and his presidency.

America had better wake up and start taking the Politicrats actions seriously, and it had better happen soon – or America will find itself under the tyrannical iron-fisted rule of the Democrats, disguised as Democratic Socialism. If the Politicrats are not reined in soon, it might not be possible to stop their socialist agenda at all.

Don’t ever forget America – socialism and its close cousin communism, do not EVER work – regardless of whatever changes are made to the basic platform!