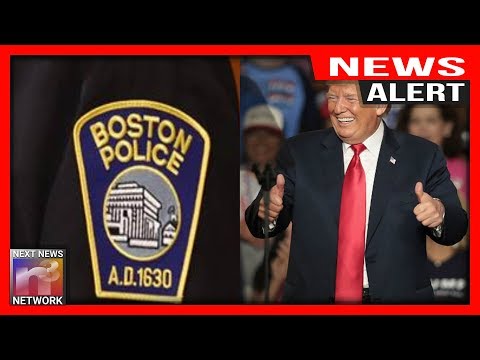 What do you get when you mix Antifa loud mouths, a heterosexual pride parade and Boston Cops?

You are going to have to watch this and see for yourself.

Here’s Gary with the video report:

On Saturday marchers and protesters gathered in Boston for a “Straight Pride” march.

Hundreds of Antifa domestic terrorists gathered to disrupt the event. At least 36 far left protesters were arrested for violence. The Boston Police trolled the Antifa goons on the sidelines of the march.

The police blared their sirens so the Antifa mob could not chant and disrupt the marchers.

It was a tough fight just to get this parade to happen.

Why is it that Antifa feels they have to protest everything now?

These were not gay men and women lined up in protest.

NO, it was more Antifa thugs looking to start trouble.

You watch that Antifa-Terrorist Bill.

Watch who tries to block it as it advances.

We had Antifa when I was in college (30 years ago) but they were a bit more peaceful, didn’t wear masks and called themselves The College Democrats of America.