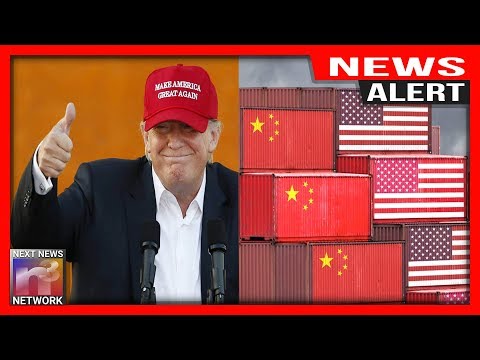 President Trump has been pulling out every stop to try to gain leverage in the trade war with China.

His latest “3D Chess” move will hit the Chinese where it hurts.

13% of American companies will be leaving China.

I wonder how big of a bite that will take from their economy?

President Donald Trump spoke with reporters outside the White House on Friday afternoon before he left for Camp David.

The president answered questions for over 20 minutes before departing on Marine One to the Maryland Presidential compound.

During the presser President Trump told reporters that 13% of US companies will be leaving China and doing business elsewhere due to the current tariffs on Chinese goods coming to America.

This is a huge blow to the Chinese economy!

This is no easy task but China must be taken down several notches.

The current trade deficit with China is atrocious and it became that way because none of Trump’s predecessors cared to stand up to the Chinese.

President Trump is trying to do what they would not and could not.

There is no choice.

In the mean time Trump understands that many are struggling and is slapping on band aids wherever he can.

There will be unfortunate casualties in Trump’s trade war, but future generations will thrive because of the moves Trump is making now.