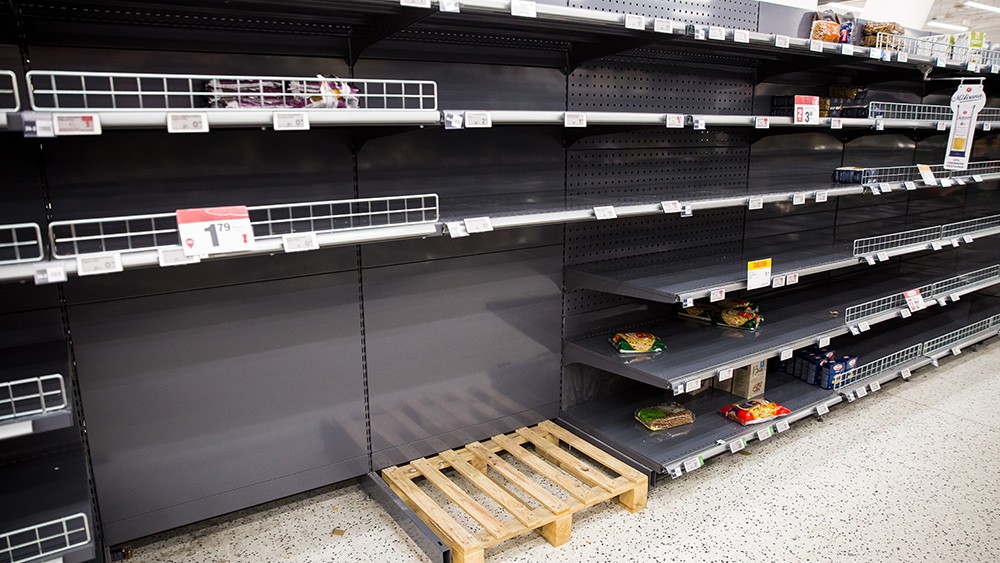 (Natural News) The atrocities of world history are taking form again, in some of the exact same regions of the world. From 1932-1933, Joseph Stalin and the Soviet Union committed mass genocide in Ukraine by starving the population and imprisoning and killing dissenters. The Ukrainian famine of 1932-1933 was known as the Holodomor, which means to “inflict death” through “starvation.” Approximately 13.9 million people were starved to death during that time.

At the time, Stalin captured individually-owned and operated farms and replaced them with state-run collectives. Farmers who resisted were labeled “kulaks” and marked as “enemies of the state.” When the Soviets failed to maintain their target harvest, Stalin ordered the grain to be confiscated. The Soviets deployed secret police and internal passports to crack down on Ukrainians who were hoarding food or trying to escape.

Today, the war in Ukraine threatens crops and commodities that many parts of the world depend on. With the addition of further economic, banking and energy sanctions, much of the developed world is on pace to experience food shortages that they’ve never seen before — a man-made, modern day Holodomor.

In Ukraine today, farms are being overrun, crops are not being planted, families are fleeing across the border, and men are being conscripted to fight off the Russian invasion. The breadbasket of the world is being ransacked once again.

But this time around, it’s not just the people of Ukraine who depend on the large harvests of grain that once abounded throughout the countryside. Due to globalization, the world is interconnected now more than ever. What happens to the farms in Ukraine will ultimately have an impact in the Middle East, in Europe and in the U.S. Grain shortages in Ukraine will drive up food costs worldwide and lead to shortages in many places that depend on Ukrainian wheat for survival.

This time around in history, it’s not just Russia that is blocking exports, hoarding commodities, confiscating goods and making it harder for people to trade freely. The leaders of Europe and the United States have initiated economic warfare against Russia, and are escalating global instability for basic commodities, whether it be food, fertilizer or energy. Russia has responded in kind, cutting off fertilizer supply and forcing “unfriendly nations” to open special ruble and foreign currency accounts with Gazprombank to pay for gas supplies. A ghastly cycle of totalitarianism, war and man-made famine is upon us all. This time it doesn’t just affect Ukraine. This time the threat is not just coming from the Soviet Union.

Americans on the cusp of experiencing real man-made food shortages

After months of dismissing record inflation and the threat of food shortages, the Biden regime finally admitted that food shortages are coming to the United States. “Food shortages — it’s gonna be real,” Biden mumbled, without enthusiasm. Biden’s sanctions on Russia failed to deter their military objectives in Ukraine, and have only imposed record gas prices and increasing inflation on the American people. As Russia holds back its fertilizer supply, crop yields are set to fall in upcoming planting seasons. Nations that are able to obtain fertilizer will pay a steeper price and will pass this price on to consumers.

America and much of the developed world is on a fast track to food shortages and a new-age Holodomor. Most Americans are so used to having an abundance of food, they will not be able to cope when things get tough, when they are forced to eat rations and bugs. Many Americans are unprepared to withstand the coming food shortages because they do not have enough disposable income to prepare; they have no gardening, foraging or hunting skills; they are in hostile, collapsing city environments where people fail to work together in times of stress; or they do not have proper amounts of long-term food storage and supplies to outlast global instability.

Keep up with the latest developments in the war between Russia and Ukraine at Chaos.news.