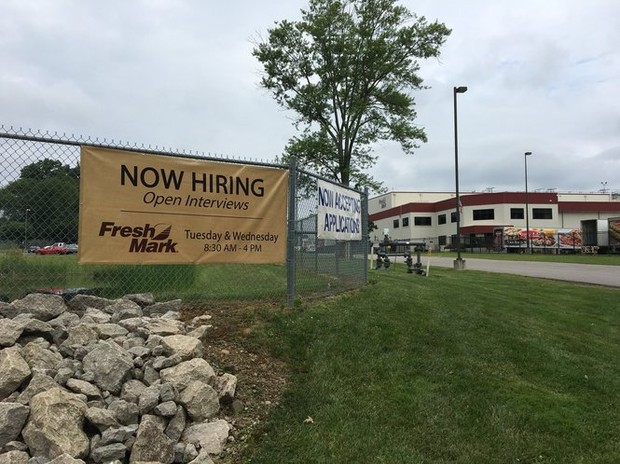 The immigration debate has become so muddied that we tend to lose focus on why it is important to enforce the law. These laws protect American citizens.

A meat packing plant in Toledo, Ohio was raided Tuesday and over 100 new jobs, at least potentially, were created for Americans.

More than 100 workers were arrested Tuesday at an Ohio meatpacking plant by federal agents following a yearlong immigration investigation, the second large-scale raid within the state in the past two weeks.

The investigation focused on whether the company knowingly hired people who are in the country illegally, Immigration and Customs Enforcement officials said.

The agency said it also was looking into whether many of the workers were using fraudulent identification belonging to U.S. citizens.

The arrests come as the U.S. government steps up its focus on businesses that hire people in the country illegally as part of a broad range of immigration crackdowns under President Donald Trump.

In total ICE made 146 arrests at the Fresh Mark plant. Fresh Mark packages meat for the Sugardale and Superior brands. (Boycott anyone?)

“Most of the workers detained were from Guatemala,” said Khaalid Walls, an agency spokesman.

Again, this is what immigration laws are supposed to be about. Immigration law is about protecting the rights of American citizens. In the case of this Ohio meat packaging plant raid, the law worked as intended. Those 146 jobs rightfully belonged to American citizens. American citizens should never apologize for that. But I’m certain the liberals will be out in full force defending a group of Guatemalans that were taking jobs from Ohio families.

Forget the fake news reports of children in cages and kids being separated from their parents.

Nothing you see, read or watch in the establishment media can be fully trusted. Every story comes with a political spin that advances an agenda.

Americans are sick of spins and agendas.

We want our jobs back.

Dean Garrison is the publisher of D.C. Clothesline. Permission is granted to reprint this article, in full or in part, so long as internal links are not altered and author credit is given.