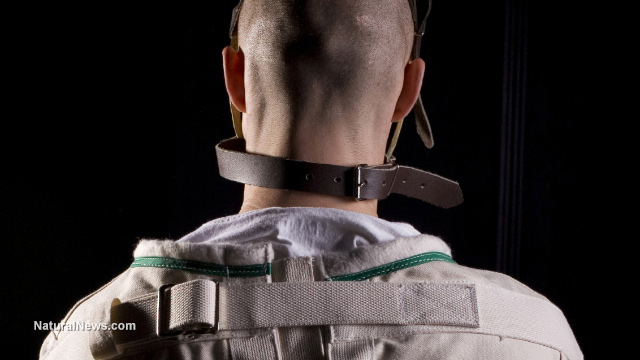 (Natural News) The left-wing Obama sycophants running Joe Biden’s regime have made it a point to shove their cultural rot down our throats by empowering some of the most perverted, aberrant individuals in our country.

Early on, Biden named ‘Rachel’ Levine, a ‘transgender woman’ (biological male) pediatrician who supports gender surgery for children, to a high-ranking post at the Department of Health and Human Services, later promoting ‘her’ to the rank of admiral in the United States Public Health Service Commissioned Corps so his toadies could claim a historical ‘first’ and check another box.

Now we learn that a recent high-level hire at the Department of Energy’s Office of Nuclear Energy “defended a controversial gay prostitution website with a track record of allowing children to be promoted for sexual services on the platform,” according to The National Pulse.

The revelations stem from a recently unearthed op-ed and follow the publication’s exposé of appointee Samuel Brinton’s past as a drag queen, LGBTQ+ activist who has given “lectures” on kink at colleges and universities and has taken part in interviews regarding fetish roleplaying.

In a September 2015 column for the gay outlet Advocate, Biden’s latest top nuclear hire delves into a deep defense of the Rentboy.com website, which was closed down in August of that year for illegal prostitution following a raid. “Rentboy” is a term for young men who have sex with older men in exchange for a fee, mostly under very dubious circumstances.

Brinton, who now serves as the Deputy Assistant Secretary of Spent Fuel and Waste Disposition in the Office of Nuclear Energy, defended “Rentboy.com” in a September 2nd, 2015 op-ed in Advocate magazine: “The Real Ramifications of the Rentboy Raid.”

The article followed Department of Homeland Security officials raiding Rentboy’s Manhattan offices and arresting chief executive Jeffrey Hurant and six employees on charges of promoting prostitution. The following year, the CEO of the site, which connected male prostitutes and escorts with potential clients, was indicted on a charge of promoting prostitution to which he ultimately pleaded guilty.

The indictment went into some detail about how Rentboy.com employees described the process to verify ages as a “gray area,” as they “did not always remove advertisements when the advertisers failed to provide identification.”

“In one case, after an escort agency failed to provide photo identification for an escort, a RENTBOY.COM employee advised the escort agency that he had deleted photographs with the face of the subject escort, but left the advertisement online and left photographs that showed only the escort’s body,” the federal indictment noted.

“In another case, after a different escort agency refused to provide identification for several escorts who appeared underage, the same RENTBOY.COM employee ‘suggested to [him] to crop the faces of those super young escorts,’” the indictment further stated, going on to note that the company failed to report those cases to appropriate law enforcement agencies.

Regarding Asian posts, Rentboy “failed to comply with its own standards requiring age verification,” even ignoring “employees [who] complained to RENTBOY.COM management about the quantity of underage escort advertisements.”

But despite these deeply disturbing revelations, Brinton nevertheless defended the site, writing that “…sex work disproportionately affects the LGBT community.”

“Transgender people engage in sex work at a rate 10 times that of cisgender (nontrans) women. And many LGBT youth engage in sex work just to survive. A 2013 Center for American Progress report suggests that LGBT youth are more than three times as likely to have engaged in survival sex,” he wrote.

The vast majority of Americans are not a part of the LGBTQ community, but nevertheless, the Biden regime wants to groom the country through attempts to normalize disgusting, illegal, inappropriate sexual behavior.